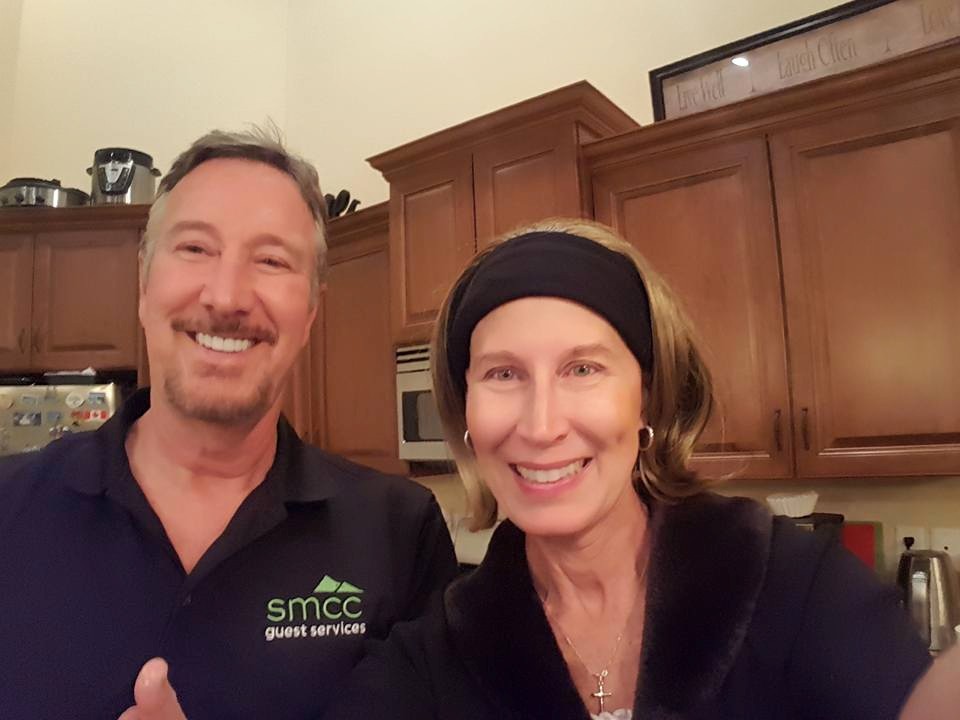 A Personal Story of Surviving My Third Stem Cell Transplant

I have completed my stem cell transplant and lived to tell the tale. This was my third-- in 2012 I had tandem auto stem cell transplants within a five month period. I sailed through those. While I didn't feel great, and I hated the hair loss, I never developed complications or fevers. I ate everything I could find and my energy level was quite decent.

This transplant was far different. Between November 2 and December 25, I was admitted to the hospital three times: the first for five days to get D-pace; the second for 15 days because I got pneumonia; and the third for five days because I got a severe case of mucositis (gross!) to the extent that I could swallow no food, could barely sip water or lemonade, and could get no pills down. For those five days, no exaggeration, I did not eat a morsel of food. It was fine because I had no appetite anyway and, honestly, the menu at Huntsman Cancer Hospital for the neutropenic patient is disturbingly bad. I wouldn't want to eat that poison anyway-- highly processed, overly salted, chemical stuff they call food (I don't). I spent my birthday, Thanksgiving, Christmas Eve, and most of Christmas day in the hospital.

The good news is that I engrafted right on schedule; the bad news, my engraftment was awful. I suppose one could say that I landed with a big huge THUD. (When I did my tandems in 2012 and engrafted, on my way home, I stopped at the spa and got a facial, followed by shopping at Costco. Big difference this time.)

I received high dose melphalin on a Tuesday. I should not have felt its effects for several days but I felt it the day-of. I knew then that this was going to be a bad experience. My poor body was just done with this intense treatment and was fighting it every step of the way. "LEAVE ME ALONE," it seemed to be screaming. And I (and my doctors) were not heeding that warning. On the day of my treatment, I chomped on ice for an hour and then went home, tired and feeling very "wrong" and twitchy. I went to bed early after taking two Ambien and an Ativan (yikes) to calm me down.

Just days later I was feeling (too) awful-- fatigued and developing chest pains. It's like I had acid reflux but could not get any of it out. I knew mucositis was setting in-- a painful inflammation and ulceration of the mucous membranes lining the digestive tract.

By the following Monday night, I was in terrible pain. I was barely able to swallow, my mouth was coated in mucus, and I felt like someone was stabbing me in the chest. I could not swallow my pills. Off to clinic I went and soon enough, I was readmitted into the hospital. I wanted to SCREAM. I was severely dehydrated and thirsty. The pain in my chest made me cry. Because I couldn't swallow any of my mandatory pills, I was given them via IV. I was hooked to a morphine pump (which took 7 attempts to get the needle in), and I was given IV fluids. Because I wasn't eating, my weight plummeted. My doctors begged me to eat. Sorry, impossible, I said.

Finally on Christmas day, I begged (and won) my exit from the hospital. I went home throwing up in a bag and crawled into bed and fell asleep. Merry Christmas to me!

I really thought that as soon as I engrafted, I'd be on Healing Road. WRONG. For a solid two weeks, I was weak and got tired easily. I developed terrible and uncontrollable diarrhea that lasted four miserable days. I threw up at least once per day. I was doing my best but barely eating 500 calories per day (I suppose it was better than zero). I got too thin. I did not want to get on a scale because I hated watching my weight plummet. I'd look in the mirror and want to scream at myself  "EAT A PIZZA". Instead, I nibbled on sourdough bread.

Labs showed that I was potassium deficient. I was given a bottle of potassium and told to take 16 per day (no joke) in addition to all the other medications on my list. I was trying to swallow 28 pills per day total. Each one hurt going down. It was horrible. I called my doctor's office and put my foot down: no more. The pills were making me sick to my stomach, especially the potassium. They agreed to give it to me via IV over four hours. Within a day of stopping the potassium pills, I was not throwing up daily. I started eating real food. I vowed to go nutrient-dense and healthy: fresh wild fish cooked in EVO, grilled garlic and veggies, huge salads, loads of tomatoes and avocados, quinoa, black beans, and homemade soups. I started feeling better and gained four pounds.

It's now been about 40 days post transplant and for the past couple of weeks, I've been feeling terrific. My energy level is almost back to normal. I've taken my daughters skiing twice (I did not go with them but stayed at the resort all day, shopping, reading and treating myself to lunch). I've hosted two pretty large dinner parties at my house. I clean and cook. I go shopping. And I am healing, both physically and emotionally. One thing we do not talk enough about is the terrible emotional toll treatment has on us. I left the hospital fearful and had frequent nightmares. They're pretty much gone now.

The theme here is that transplants are hard! But they do eventually end and we do heal. It takes longer for others, but it does happen. This Myeloma Journey is not easy. For me, it is one step at a time, one day at a time. And in between all the terrible treatments and side effects, I live life to its fullest. I just booked two trips-- one to Florida next month and another to Costa Rica in early April. I deserve some warmth and fun.