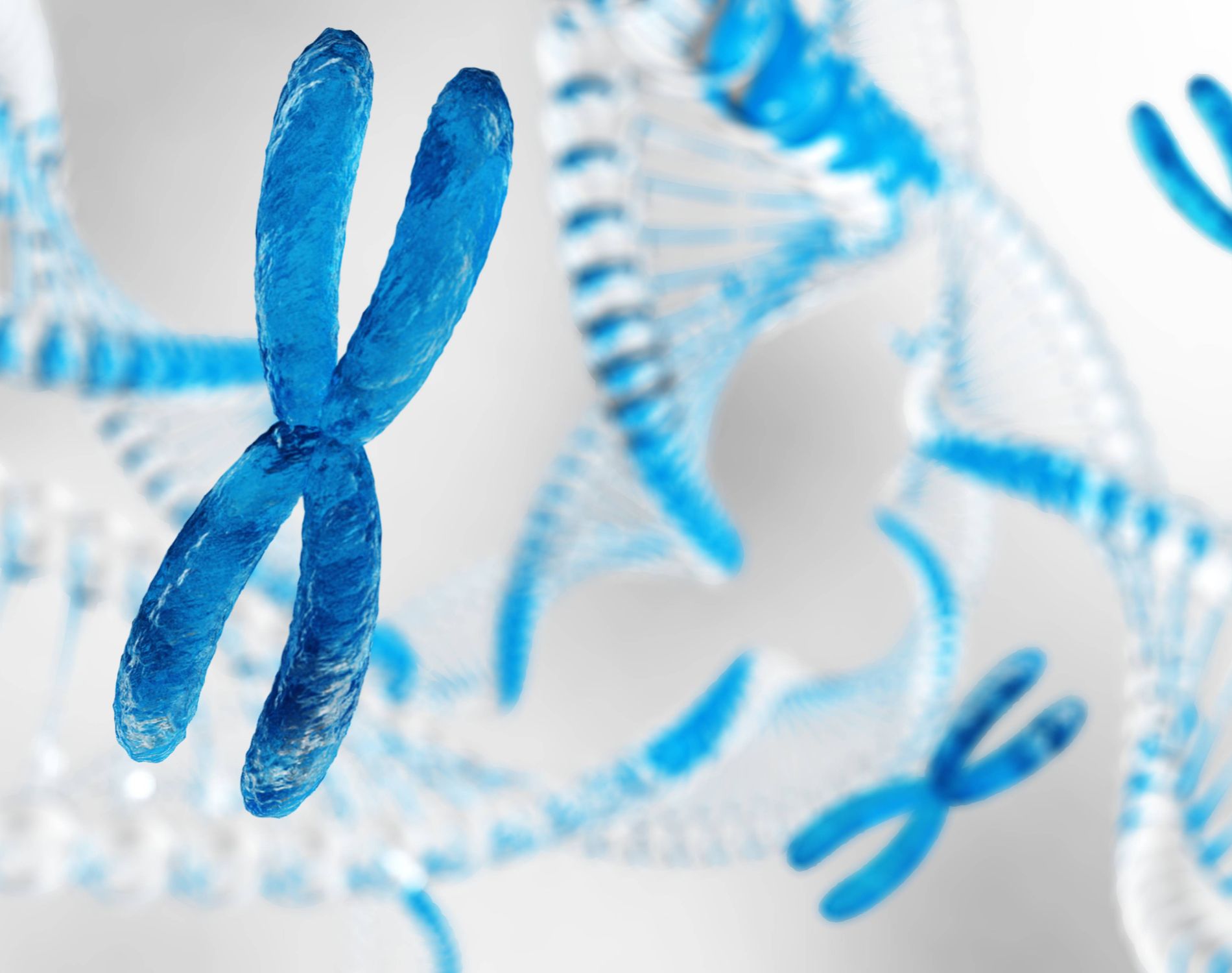 "High risk" multiple myeloma may not always be considered high risk if a specific treatment can be found for it.
In multiple myeloma, genetic or DNA mutations can change the way your myeloma behaves. For example, some myeloma patients can have three copies of chromosomes on their myeloma cells instead of the normal two (this is called hyperdiploid myeloma). Some patients may have one or both of the chromosomes deleted on their myeloma cells, like myeloma patients with del17p. Still other patients have genes on their myeloma cells that have broken apart and swapped places. This is called a translocation. Depending on the type of change, one patient's myeloma may be higher risk (like having del17p) or lower risk (like a translocation of 11;14).
One of these types of genetic mutations is called a gain of 1q, or three or more extra copies of the 1q chromosome. If there are four or more copies of the 1q chromosome, it is considered to be a high risk feature and patients don't live as long as other types of myeloma.
Dutch researchers have found that multiple myeloma with the 1q gain may respond to an MCL-1 inhibitor called S63845 by testing it in 31 human myeloma cell lines and in 47 bone marrow biopsy samples from myeloma patients. For the first time, they found that myeloma patients with the 1q gain (or amplification) are significantly more sensitive to the inhibition of MCL-1. They also found that having high beta-2 microglobulin and having kidney issues also correlated with increased sensitivity to MCL-1 inhibitor treatment.
MCL-1 is a protein that is made from the MCL gene and it belongs to the Bcl-2 family. If this gene is mutated, then it can stop cancer cells from dying when they should. This prosurvival mechanism commonly occurs in blood cancers, including multiple myeloma. Because MCL1 is one of the genes located on 1q21, the researchers hypothesized that amplification of 1q21 would lead to increased MCL-1 expression and make MCL-1 easier to target.
The researchers tested all samples with three types of therapy: 1) S63845 (the MCL-inhibitor), 2) Venetoclax (a Bcl-2 inhibitor) and 3) A-1331852 (a BCL-XLi inhibitor). They tested them alone and then in combination. When used alone, the S63845 killed the most myeloma cells compared to the other two treatments. This indicated that the 1q gain myeloma was particularly solely dependent on MCL-1 expression for survival.
When they combined the drugs together, they found that when venetoclax or A-1331852 (BCL-XLi) was added to MCL-1i treatment, more myeloma was killed compared with single-inhibitor treatment, but the best combination seemed to be the S63845 with the BCL-XL inhibitor and not with venetoclax.
The researchers went one step further to see whether high or low BCL-2 or BCL-XL protein levels made a difference in the sensitivity to S63845. High levels of these proteins made the MCL-1 cells more resistant. In their panel, BCL-XL expression was the strongest predictor for sensitivity. This is why the combined dual combinations of S63845 and the BCL-XL inhibitor worked best together for the 1q gain patients. Interestingly, this dual combination did not help the 11;14 myeloma patients.
Because a variety of genetic myeloma samples were used in the study, researchers noticed a 2.4 fold increased sensitivity for the 1q gain patients compared to the other genetic types. In looking at the samples, patients who had BOTH the 1q gain AND high beta-2 microglobulin had the highest sensitivity to S63845. Having high beta-2 microglobulin at diagnosis is a know high risk feature for myeloma patients. Patients can have high beta-2 microglobulin because of kidney issues that are common in myeloma. The number of bone lesions, anemia or a high percentage of plasma cells in the bone marrow was not related to the MCL-1 sensitivity.
Previous research in mice showed that inhibiting MCL1 could have damaging effects on some cell types, including stem cells, B cells and healthy plasma cells, however when S63845 was tested in mice, the dose used was lethal to the myeloma but well tolerated by the mice.
This is new evidence that each patients' myeloma genetics matter and that new therapies could effectively target the specific type of myeloma. There are between 34-43% of newly diagnosed multiple myeloma patients with the 1q gain. At relapse, 1q amplification occurs in 72% of myeloma patients.
This may be an effective therapy and combination therapy for 1q gain patients, and especially those with high beta-2 microglobulin, who are higher risk patients. This is yet another example that high risk myeloma may not always be considered high risk if the proper and specific treatment is found for it.
Find more myeloma news and information on www.myelomacrowd.org

himanshu - My brother received ASCT for his MM. His FISH report shows 1q gain (3-4 copies) with no other high-risk features. He is on Lenalidomide 10mg (3 weeks on and 1 week off) maintenance. Should I ask his doc for other drugs for his maintenance?

Reply from Jennifer - Based on the MMRF Comp*** study, if he has 3 copies of the 1Q gain, it is not considered high risk. If he has 4 copies of the gain, it is considered high risk (and therefore more maintenance may be warranted depending on what treatments he has already received and how he responded). This is a great question for a myeloma specialist and I hope your brother is seeing one. It is very important!