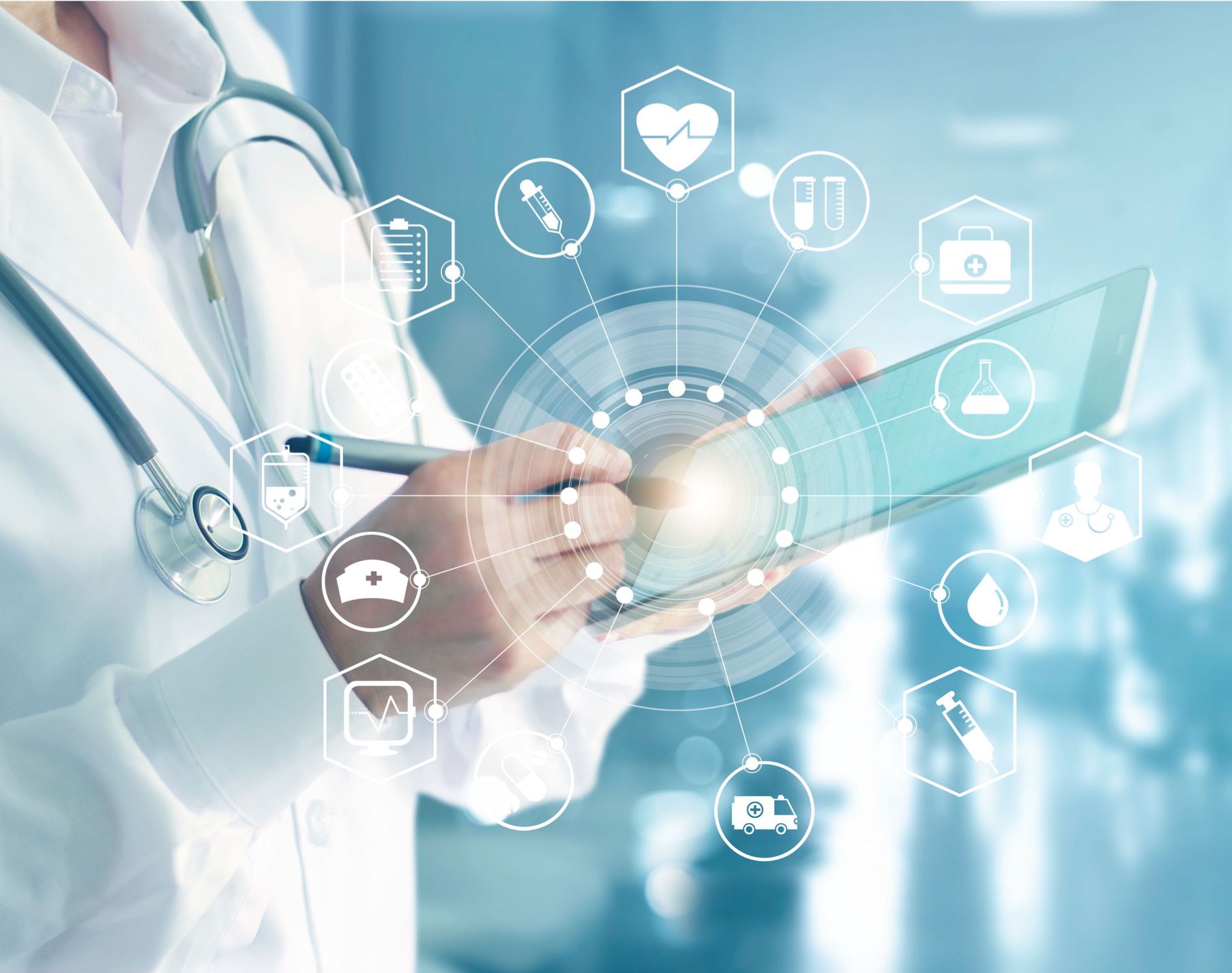 A "LinkedIn for Cancer": HealthTree is a Tool for Multiple Myeloma Patients

As seen on Freethink, by Kaitlin Ugolik.

When Jenny Ahlstrom, a mother of six, was diagnosed with terminal blood cancer in 2010, it felt like déjà vu. Just five years before, she had watched her brother-in-law David succumb to a similar disease at age 33.

Jenny’s husband Paul, who was present for both diagnoses, said the scene was the same each time: the oncologist laid out a couple of options (chemotherapy and stem cell transplants) and asked the patients how they wanted to proceed. In both cases, the patients replied: “I don’t know – which will help me live the longest?”

For David, Jenny, and many others grappling with the sudden news that they may only have months or years to live—and the choice of how to spend that time—their oncologists haven’t had a satisfactory answer.

There is a lot of research being done on blood disorders right now, but in some cases, the science is moving faster than the medicine. There can be thousands of clinical trials for a single disease or disorder ongoing at any one time, but there’s no fast way to figure out which one is right for an individual patient. With terminal cancer, fast is the operative word.

“Terminal Patients Don't Have That Kind of Time”

Unlike many other patients, the Ahlstroms had connections in the tech industry, so they were able to pull some strings. As his brother’s health deteriorated rapidly in the hospital, Paul (an entrepreneur who helped build Ancestry.com, among other things) tracked down the inventor of a developmental drug that had only been tested on older patients.

When he reached the man – who was eating at a restaurant in Seattle – he asked if a younger person could use the drug. The answer was yes, and within 48 hours, David was home. He lived another six months.

It wasn’t until nine years after David’s death that the drug was officially approved for use in patients like him.

“David’s story was lost completely to other patients in his same situation,” Jenny Ahlstrom said.

When she got her diagnosis – multiple myeloma, a blood cancer that usually afflicts people at least 20 years her senior – from the same oncologist, at the same facility as David, she was determined that her legacy would be different. She would get into a clinical trial before it was too late.

After undergoing several rounds of stem cell transplants, Jenny and Paul began looking into clinical trials for drugs that might help her live a longer, better quality life. They found a dizzying 450 open trials for myeloma, and little to no guidance about which would be the best for Jenny.

She was young and had a high-risk form of the disease. She wanted to be able to search the trials in some way to account for this, but that didn’t seem to be an option. Ultimately, she decided to reach out to eight trials—only two got back to her.

“Terminal patients don’t have that kind of time to wait,” she said.

Research on Patients,  for Patients

There are a few reasons that clinical trials are so seemingly inaccessible to individual patients.

Studies have shown that while 70% of Americans say they would be willing to participate in a clinical cancer trial if the opportunity arose, only 5% of adult cancer patients actually do. Some say they are worried about potential side effects, but the biggest barriers, according to the NIH, are institutional: trials are lengthy, understaffed, and covered in bureaucratic red tape.

Some experts also argue that certain ethics rules, created to protect patients, have also created roadblocks, limiting patients’ involvement in research to whether to give consent. After that choice, patients often don’t have a say in much else.

This is beginning to change now with the proliferation of patient-led research groups, eager to play an active role in understanding – and, many hope, curing – their conditions. CreakyJoints, an arthritis advocacy and research organization, recently launched an app called ArthritisPower that allows patients to share symptoms, treatments, and other data with rheumatology researchers.

“You can’t generate evidence on patient-focused outcomes without asking patients ... what matters most to them.” Kristin L. Carman, PCORI

The Patient-Centered Outcomes Research Institute (PCORI) funds research comparing therapies and tests that have already been evaluated for efficacy to see which might be best for individual patients. PCORI has also helped other organizations build what it calls “patient-powered research networks.”

“You can’t generate evidence on patient-focused outcomes without asking patients and their caregivers what matters most to them, and without involving them in shaping studies,” said Kristin L. Carman, director of public and patient engagement at PCORI.

An App for That

The Ahlstroms’ had another approach to navigating the ocean of myeloma research: HealthTree, a kind of LinkedIn for myeloma patients, doctors, and researchers.

The portal allows patients to contribute their own anonymized health data – the type of disease, their treatments, and immune status – in hopes of connecting with each other and with doctors and scientists who might get them closer to a cure.

They first pitched their idea to the major tech-medicine companies — IBM, Microsoft, Google. While these companies were willing to build the infrastructure, they said they couldn’t gather the data without violating health care privacy laws. And even if they could get the data from some other source, they all projected years-long timelines to create what the Ahlstroms had in mind.

The Ahlstroms couldn’t wait. So, they built it themselves, with the help of a steering committee of myeloma experts.

“We treated my disease like a startup,” Jenny Ahlstrom said.

So far, more than 2,500 patients have opted in to HealthTree, representing more than two percent of the entire US population of myeloma patients.

The website allows verified patients to see their potential treatment options, and to conduct a tailored search of open clinical trials. Instead of 450, a patient might start with 20-30 to choose from. This basic information comes from a survey of 200 myeloma specialists that gets updated twice a year.

The effect is to allow patients – many of whom only have access to general oncology – to have some access to a specialist, which has been shown in at least one study conducted at the University of North Carolina to improve longevity for multiple myeloma patients.

“As a patient, you don’t ever want to feel like you’re out of options,” Ahlstrom said.

The next step is to add more information to HealthTree, including age and ethnicity demographics, common therapies patients undergo before stem cell transplants, and research questions being studied by scientists, such as who is living longer after transplants due to genetic features.

In a traditional research setting, this type of question might require months, thousands of dollars, and lengthy ethical evaluations to answer. On HealthTree, Ahlstrom hopes it will simply be a matter of patients volunteering their own anonymized information for the greater cause.

Ahlstrom also plans to build a portal for researchers on the back end of the website. HealthTree is still in its early stages, but Ahlstrom says doctors from the University of California at San Francisco have already expressed interest in using the site as a hypothesis-generating tool.

Eventually, Jenny hopes to expand it to other diseases as well. When she asked for recommendations on social media, people requested 50 different diseases that could use the HealthTree treatment.

Currently, Ahlstrom is experiencing biochemical relapse, which means her blood tests show her disease is active, but she doesn’t have any symptoms. She calls it a long-term remission, but she’s not taking any chances. She’s been making the rounds to doctors and researchers to see what she should do next. “I don’t want to be surprised again,” she said.

Ahlstrom’s hope is that if HealthTree is successful, all myeloma patients will feel just as empowered.