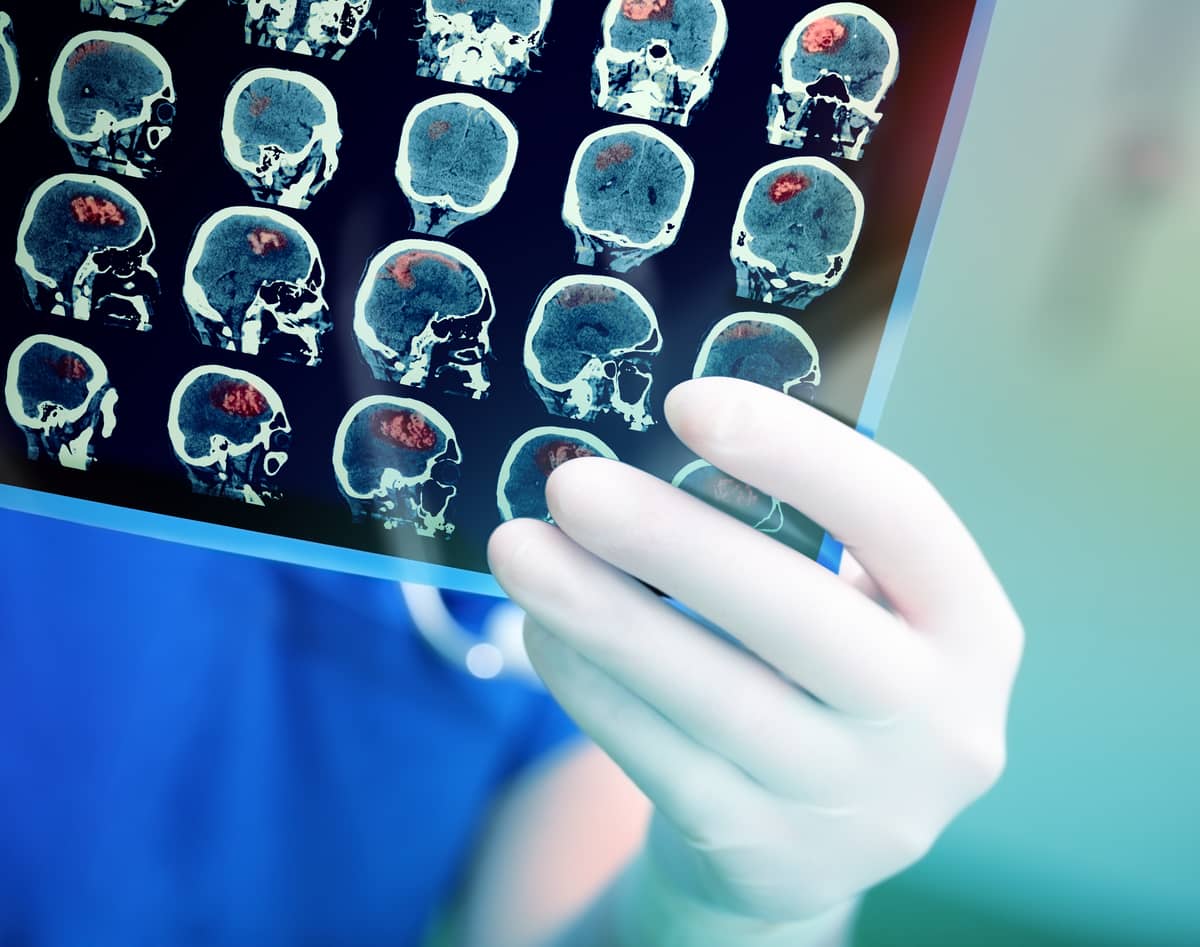 In a recent case report by Shahzad Raza, MD from the University of Missouri-Kansas City School of Medicine and colleagues published in Nature, a patient with non-secretory myeloma and myeloma that had spread to the brain showed over a two year response when treated with an anaplastic lymphoma kinase (ALK) inhibitor. This is an example of relentless effort by both the care team and the patient to keep going in the face of severe adversity.

Non-secretory multiple myeloma is identified when the myeloma no longer secretes the monoclonal protein in the blood. It is found in 3% of myeloma patients. It is more difficult myeloma to treat because testing for levels of myeloma and response to treatment requires a bone marrow biopsy every time. It is difficult to study because non-secretory myeloma patients are not included in standard myeloma clinical trials because of the challenge in monitoring their disease. Non-secretory myeloma also tends to be more aggressive.

In the case study, the patient's treatment journey was both extensive and had a remarkable outcome. The 49-year old male myeloma patient studied initially had a plasmacytoma myeloma tumor in his intestines and underwent surgical resection. His PET/CT scan did not show bone lytic lesions. His bone marrow biopsy was negative for myeloma cells. He was closely followed using imaging. Three years later, he had enlarged lymph nodes and a new mass behind his nose. The lymph node showed a plasmacytoma and his workup was consistent with non-secretory myeloma.

He initially responded to carfilzomib/lenalidomide/dex with a complete response, but after six cycles, a tumor recurred in his bowels. He then tried carfilzomib/cyclophosphamide/dex, local radiation and at relapse tried daratumumab/pomalidomide/dex (DPd). Within two months of starting DPd, he developed tumors in his pelvic area. Genetic testing using the FISH test showed that he had a deletion of 17p in 63% of his cells (a known high risk feature) and three copies of chromosome 7 (a trisomy) in 60% of his plasma cells. The researchers believe the deletion 17p was the cause of the aggressiveness of the myeloma.

But within six months, he developed new lesions on his spine and abdominal area, relapsing after five lines of myeloma therapy. Genetic testing was performed on his liver via a biopsy where a total of 591 genetic variants were identified on his tumor. The testing identified 5.8 mutations per megabase which was classified as a "low" genetic tumor burden. No potential "target" mutations were found based on this whole-genome sequencing.

RNA sequencing was then performed to detect possible fusions and one was identified: TFG-ALK. The researchers believed it could be targeted with an ALK inhibitor and gave the patient an ALK inhibitor called alectinib at 600 mg twice daily under compassionate use for two months.

The patient's follow-up imaging showed no sign of myeloma in the lymph nodes. However, after stopping the alectinib because it was no longer available, he developed a tumor in his brain. He was treated with whole-brain radiation therapy and started on a 3rd generation ALK inhibitor called lorlatinib at 100 mg orally daily. At the time of the report, the patient had maintained complete response on lorlatinib for over two years and his brain MRI and PET/CT are negative for tumors.

In addition to these genetic mixups, patients can also have subclonal events including fusions that can occur in smoldering myeloma, newly diagnosed myeloma and relapsed myeloma, indicating these fusion genes happen early in the disease process. These fusions can only be found with Next Generation Sequencing (NGS).

The authors highlight the need for Next Generation Sequencing to identify genetic changes for these types of patients that cannot be found on the FISH test. That knowledge can lead to life-saving personalization of care.

We are thrilled that Dr. Raza, team and the myeloma patient had the fortitude to try new, creative ideas both in testing and for treatment. We applaud them for their perseverance in the face of adversity with such a fabulous outcome and wish this patient continued remission for his myeloma.