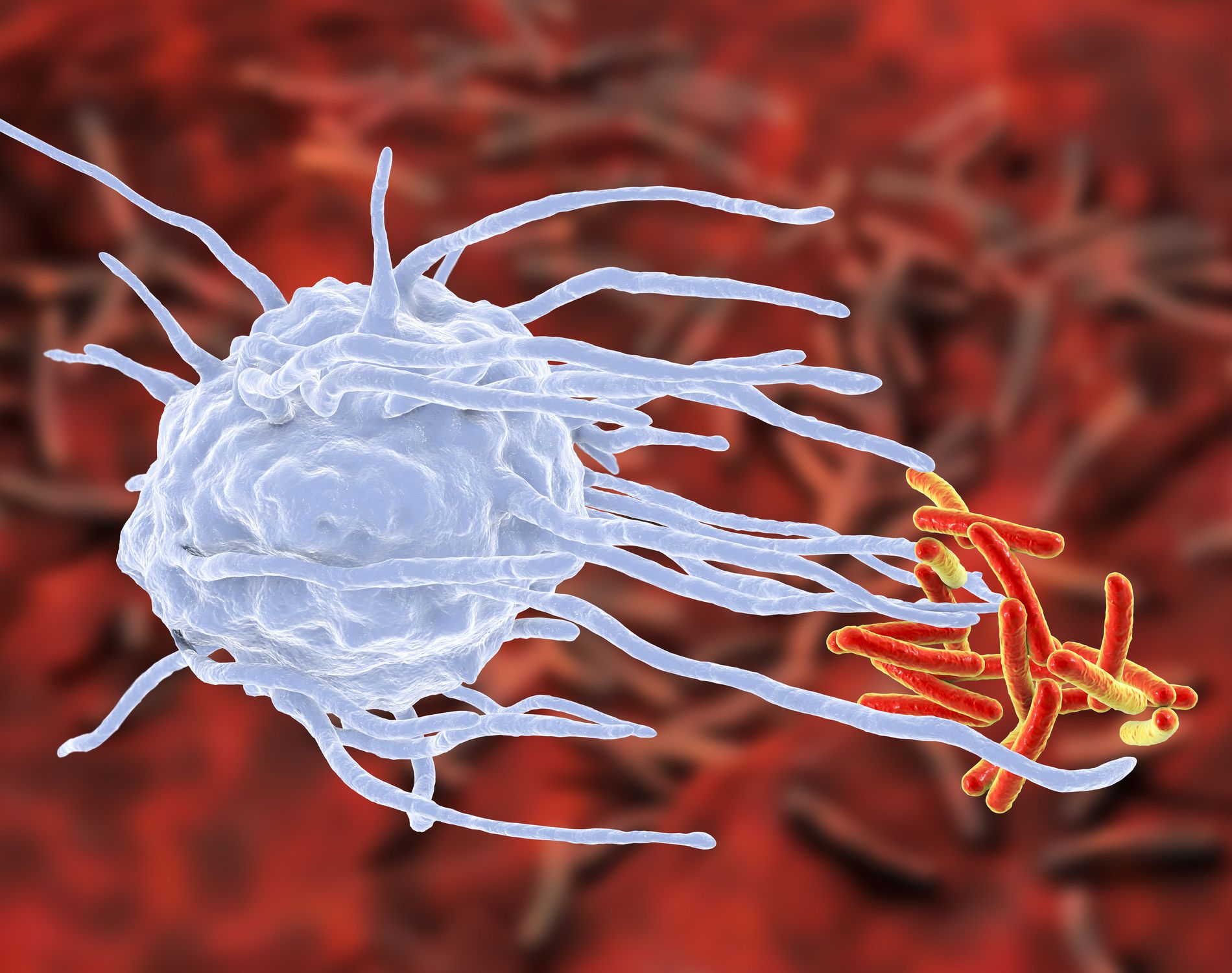 A Reason Why Myeloma Patients Might Become Resistant to Bortezomib

Israeli researchers identified why multiple myeloma may become resistant to Velcade (bortezomib) by studying the complex signaling that happens in the bone marrow environment. Velcade is a proteasome inhibitor and is a standard treatment for the disease. Velcade is used for induction therapy, in combination therapies and also as maintenance therapy. Although it prolongs survival, some patients can become resistant to Velcade over time.

Testing Velcade on human myeloma cells in the lab and in mice, the researchers found that Velcade promotes the enrichment of cancer stem cells called tumor initiating cells. Even a small number of these precursor cells can initiate myeloma growth. Velcade helps a type of white blood cells called macrophages grow. These macrophages cause an inflammatory response and secrete an inflammatory protein called Interleukin-1 beta (IL-1β) that encourages these tumor initiating cells to grow.

This is a common occurrence. Other types of anti-cancer drugs including chemotherapy, radiation and other targeted drugs can generate these types of responses that counteract the anti-tumor activity of the drugs and this is what typically drives drug resistance and relapse.

Velcade-treated mice had almost a 40% increase of these pro-inflammatory macrophages compared to myeloma mice untreated with Velcade. According to the researchers:

Testing for these macrophages with a bone marrow biopsy following Velcade treatment could help explain why some patients' myeloma becomes resistant to Velcade and could indicate which patients are more likely to develop resistance. When they tested bone marrow samples of myeloma patients who received bortezomib, they found that an increased level of IL-1β contributed to myeloma tumor initiating cell enrichment and may serve as an indication of an aggressive disease.

Early clinical trials are now testing how to block these pro-inflammatory IL-1β cytokines. In multiple myeloma, a new drug called Anakinra is being used in a clinical trial to reduce mucositis during stem cell transplant. This is an IL-1β inhibitor that has been FDA approved for the treatment of rheumatoid arthritis.

Another study is using the same Anakinra drug with lenalidomide and dex in early myeloma to see if it can prevent the disease from growing.

The researchers conclude with the idea that testing these macrophage and tumor initiating cell levels in the bone marrow before and after treatment could be added to current testing to help predict who might become resistant to drugs such as bortezomib.

“At present, with the wide repertoire of treatment options for MM patients, it is imperative to incorporate biomarkers that would preclude one treatment modality over the other in clinical decision making,”