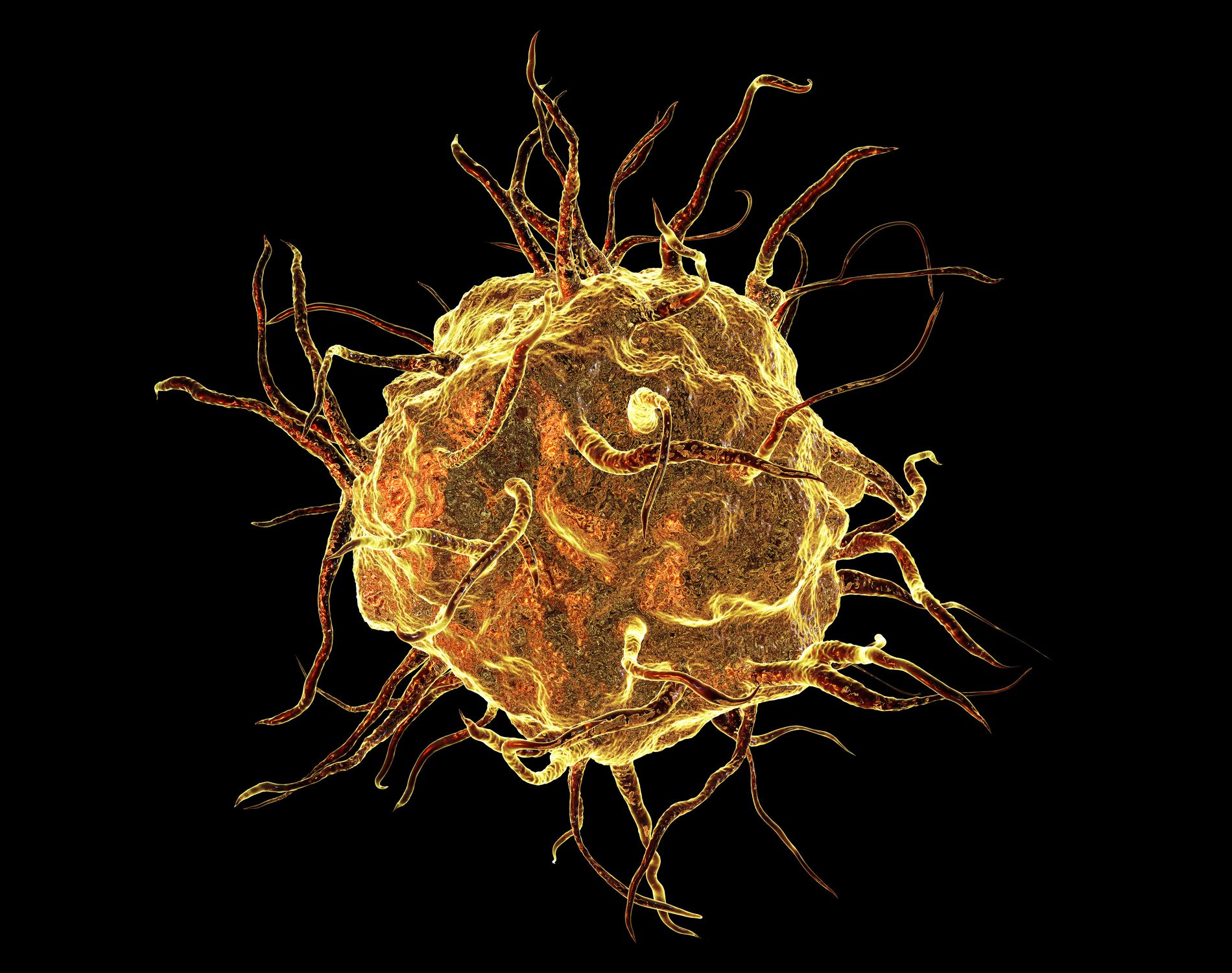 Researchers at the University of Pennsylvania have found a way to encourage the immune system to eat cancer cells. Immune system cells called macrophages are large white blood cells that locate and 'eat" invader particles such as bacteria, viruses, fungi and parasites. According to the researchers, cancer has found ways to put these macrophages to sleep by expressing a signal called CD47.

UPENN researchers at the Abramson Cancer Center say they have identified how to rewire the macrophage metabolism so it can overcome this CD47 signal, essentially waking the macrophages up and putting them to work. In the work, it became clear that more was required than just blocking the CD47 signal with an inhibitor. According to UPENN:

Cancer cells frequently stop macrophages from attacking them by expressing CD47, a “don’t eat me” signal. Researchers now say that merely blocking inhibitory signals like CD47 is not always sufficient to convince macrophages to attack cancer. Instead, two signals are required. First, they need a signal to activate them—such as a toll-like receptor agonist. After that, a second signal—such as a CD47 inhibitor—can lower the threshold needed to wage battle on the cancer.

“It turns out macrophages need to be primed before they can go to work, which explains why solid tumors may resist treatment with CD47 inhibitors alone,” said the study’s senior author Gregory L. Beatty, an assistant professor of Hematology-Oncology at Penn’s Perelman School of Medicine. Jason Mingen Liu, an MD and Ph.D. graduate student in Beatty’s lab, is the study’s lead author.

The study was published recently in Nature Immunology.

"Cancer does not shrink without the help of macrophages and macrophages need the right fuel to eat cancer cells and shrink tumors," Liu said. "To do this, a shift in metabolism is needed to steer the energy in the right direction. It is the metabolism that ultimately allows macrophages to override signals telling them not to do their job."

Beatty points out that patients with diabetes, cardiovascular disease, and other conditions are routinely treated with drugs that could affect macrophage metabolism, but virtually nothing is known about how these drugs might impact immunotherapy responses in cancer, meaning the team's discovery has implications even for existing treatments.

UPENN has consistently made incredible progress in cancer immunotherapy work and we look forward to learning more about how this will affect patients with blood cancers and multiple myeloma specifically.