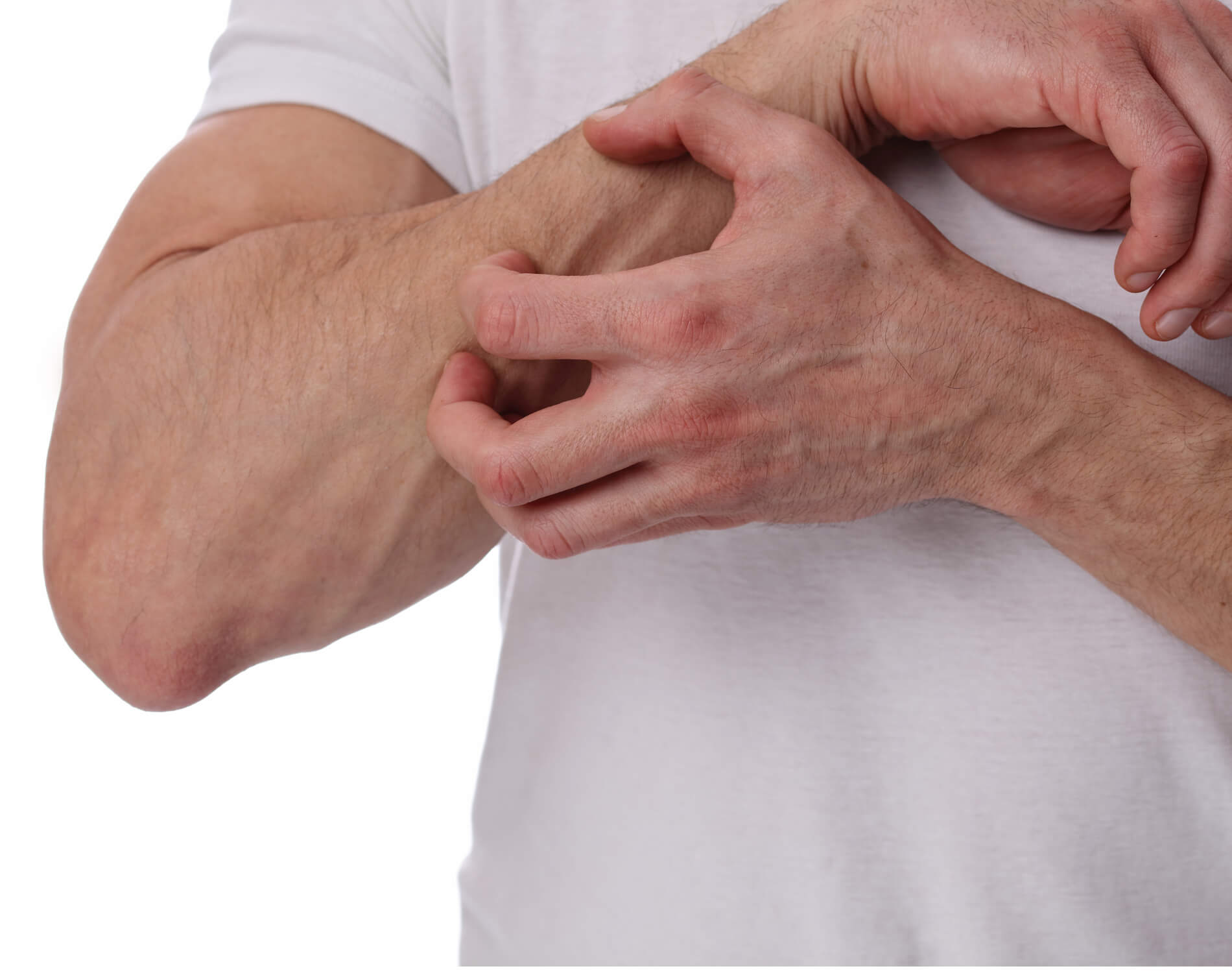 Allergic to Your Myeloma Meds? How One Mayo Clinic Patient Overcame a Pomalidomide Allergy

Bob Christmas had gone through a bone marrow transplant and several medication regimens to keep multiple myeloma in check. But the disease kept coming back. Then he learned he was allergic to the very medication that offered the best chance to control his cancer. Mayo Clinic pharmacists, allergists and hematologists worked together and found an innovative way for Bob to take that medication despite the allergy. And it has nearly stopped the progression of his cancer. Bob, from Peoria, Illinois, was a communications executive for Caterpillar, Inc. when he was diagnosed with multiple myeloma seven years ago. He traveled to Mayo Clinic for a second opinion and saw hematologist Martha Lacy, M.D.

"It was one of the smartest things I ever did," he says of coming to Mayo Clinic. "Otherwise, I wouldn't be here."

Multiple myeloma is cancer that forms in a type of white blood cell called a plasma cell. The disease causes cancer cells to accumulate in the bone marrow, where they crowd out healthy blood cells. Under Dr. Lacy's care, Bob underwent a bone marrow transplant in 2011, and the cancer went into remission for several years. Bob came back to Mayo Clinic in 2015 because of leg pain. It turned out to be a symptom of the cancer returning. Different medications worked for a time to keep the cancer under control. But by spring 2017, the disease was again progressing. Genetic testing indicated that therapy with a medication called pomalidomide was the most likely to benefit Bob. The medication helps bone marrow produce normal blood cells and enhances the ability of the immune cells to kill abnormal cells in the bone marrow.

"[Coming to Mayo Clinic] was one of the smartest things I ever did. Otherwise, I wouldn't be here." — Bob Christmas

Bob started pomalidomide treatment in July 2017. But he had to stop after just five days, due to an allergic reaction. Dr. Lacy wondered if there was a way to make the medication safe for Bob to take. She asked Mayo Clinic pharmacist Kristen McCullough, Pharm.D., if Bob's body could be desensitized to the pomalidomide, so he could take it without experiencing an allergic reaction. Dr. McCullough worked with colleagues in Mayo Clinic Specialty Pharmacy and Allergic Diseases to check the medical literature, assess the safety of the approach and develop a one-day desensitization regimen, so Bob could tolerate pomalidomide. No patient on Mayo Clinic's Rochester campus had previously gone through a similar process with pomalidomide. And at the time, there was no published literature on the topic. The team was able to contact another cancer center that had performed a similar procedure. After a thorough analysis, Bob's team was confident the desensitization could be accomplished safely. A well-calculated solution Bob discussed it with the medical team and agreed to the desensitization process. On Sept. 15, 2017, Roger Warndahl, a Mayo Clinic pharmacist and expert in compounding medications, formulated 10 syringes of pomalidomide with gradually increasing doses to be given to Bob over six hours. The first dose was 0.00025 milligrams, which is 1/4,000 of the smallest commercially available capsule. The allergy team "was prepared for anything," Bob says. But he had no allergic reaction to the greatly reduced dose. "My wife and I read magazines. It was a nonevent." With that initial success, the team continued the desensitization process, gradually increasing the dose throughout the day.

"I know many people were involved in developing the desensitizing process. That part was invisible to me. But I want to thank them all for what they did." — Bob Christmas

With the desensitization process complete, the couple returned to Peoria the next day, and Bob started a daily dose of 2 milligrams of pomalidomide under the supervision of his local hematologist to ensure he continued to tolerate the medication. By the end of December 2017, Bob's cancer numbers had improved by 90 percent. Beyond some fatigue, he says he has not experienced side effects. Retired from Caterpillar, Bob now consults on corporate communications.

"I know many people were involved in developing the desensitizing process," he says. "That part was invisible to me. But I want to thank them all for what they did."