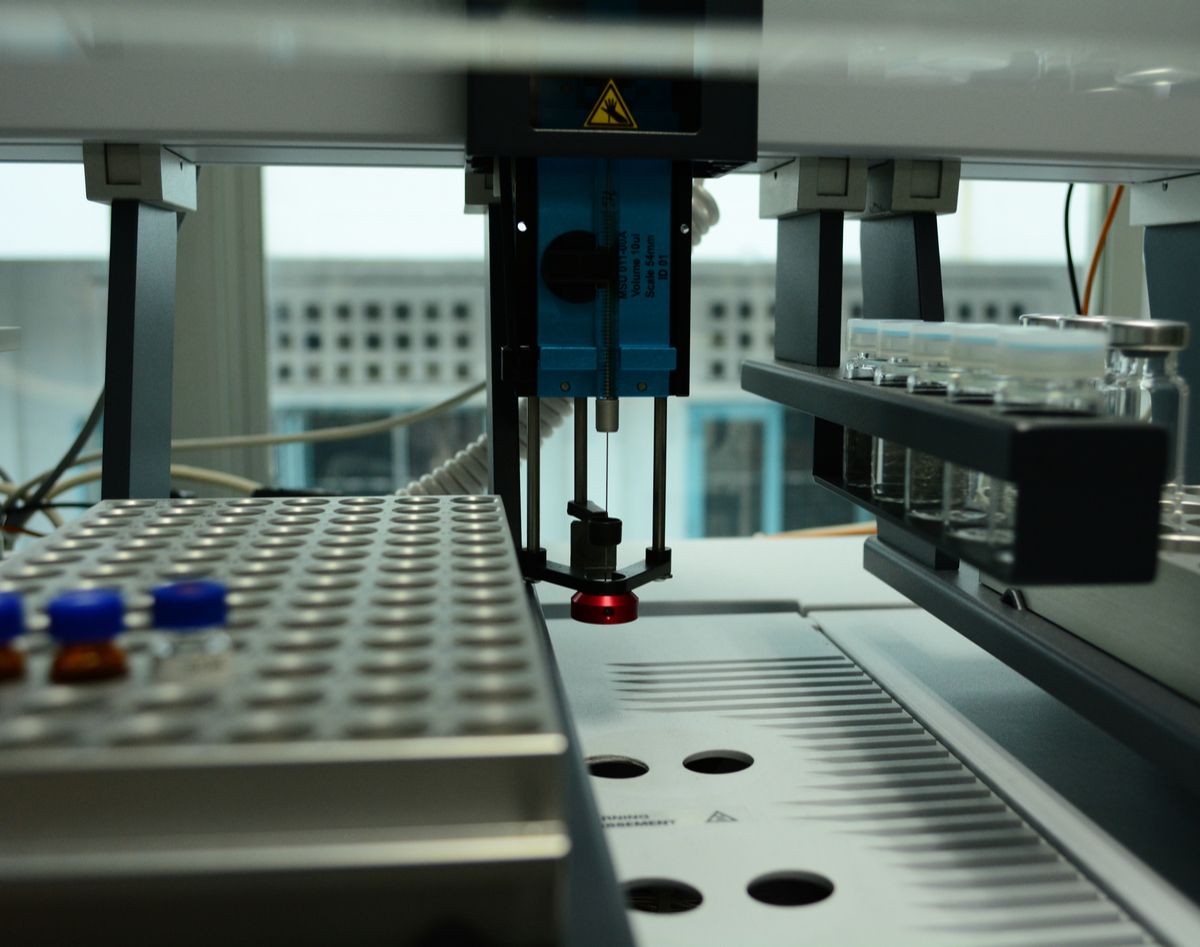 Current myeloma therapies are providing deep responses. This has led to the development of tests detecting minimal residual disease.  MRD assessment has been done primarily with bone marrow testing using flow cytometry or next generation sequencing. Both rely on serum immunofixation.  Biopsies are also invasive, painful (ouch!) and can have limitations in measuring patchy as well as extramedullary disease which could result in a false negative.

More recently, a new test has been developed that determines the molecular mass of specific molecules in a sample, called Mass Spectometry.  This blood-based test has the potential to be more sensitive than bone marrow-based tests.

Mass Spec Vs. Next Generation Sequencing

The second study was a phase two trial by Dr. Benjamin Derman at the University of Chicago included sixty patients with newly diagnosed multiple myeloma and compared mass spectrometry with next generation sequencing. Study participants received Kyprolis/Revlimid/Dexamethasone for four cycles followed by autologous stem cell transplant, an additional fourteen cycles of KRD and one year of Lenalidomide maintenance.  MRD testing was completed upon initiation and completion of maintenance treatment with the following results: 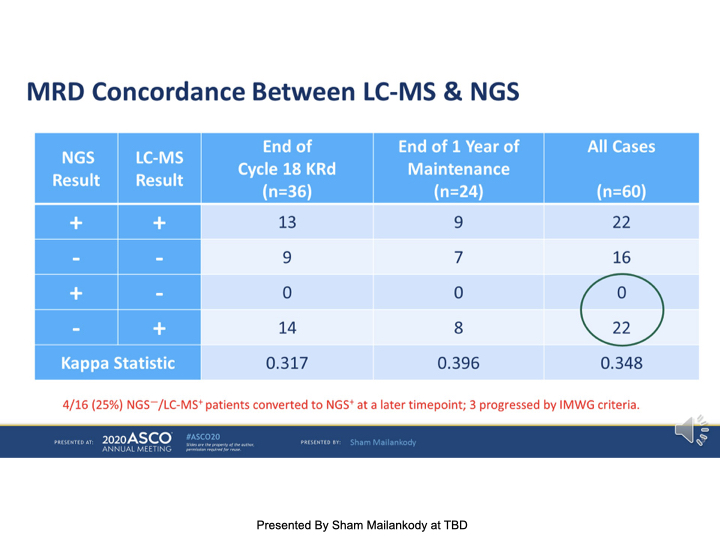 Follow up was completed at 56 months with the following take away results:

The third study was led by Dr. Mohan University of Arkansas.  His team examined the clinical implications of loss of MRD negativity.  This was a retrospective cohort study of 606 newly diagnosed myeloma patients with MRD assessments completed between 2014 and 2019 with the following findings: 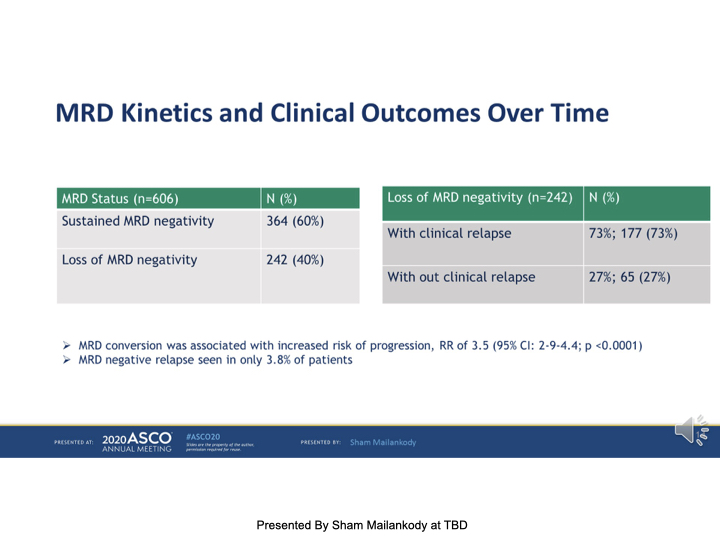 What can we learn from all of this?

Reply from Jennifer - Dave, it is still in clinical trials and we hope to have it approved soon!