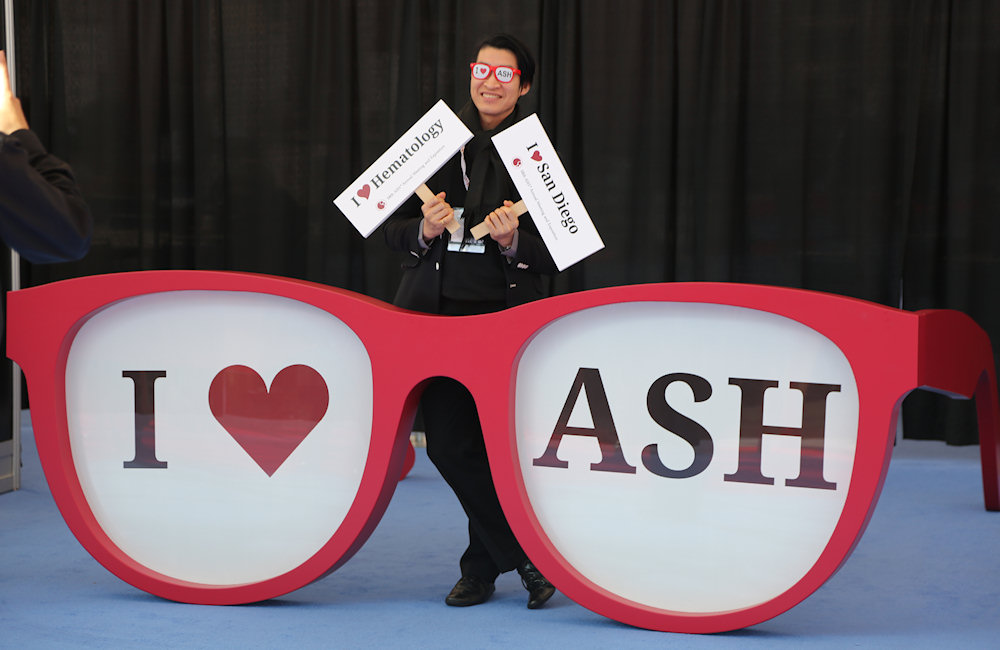 This is my 11th year attending ASH (American Society of Hematology), where 25,000 attendees from all over the world (hematologists/oncologists, lab researchers, oncology nurses, scientists & 300 pharma companies) present the latest research results via both oral presentations (1000) as well as posters (3000) on all blood cancers.  This year there were nearly 700 abstracts (>100 clinical) on Myeloma alone, many of which were selected for oral presentation. I’m grateful to the IMF and their pharma donors for sending me to ASH so that I can learn and share my patient perspective with you. Rather than attending talks on Biology, I typically focus on the Clinical Trials, which I’m able to understand and are more relevant near-term to patients.  Even at that, there are overlapping MM oral sessions as well as 4’x6’ posters without reprints, so it’s always possible that I have not included something of interest to you or made a typo because I can’t read my own writing as detailed powerpoint slides are presented quickly. You might want to view the published abstracts at www.hematology.org and various press releases. [Wherever possible, I’ve listed Day-Abstract#-Lead Investigator after the trial results, e.g. {Mon-675-T. Zimmerman} and clicking on the abstract number will take you to the actual abstract.] There are other ways to learn more about results from this conference.  There are scheduled webinars (MMRF 1/11/17, IMF 1/12/17) which you can listen to live or by replay. You’ll also find some patient blogs (including mine) as well as MM expert video interviews posted on the IMF website (https://ash2016blogs.myeloma.org), Patient Power (www.patientpower.info), and Myeloma Crowd (www.myelomacrowd.org) among others. And all of us in the SF Bay Area should attend the LLS Blood Cancer Conference (which includes updates from ASH) Feb 4, 2017 (Register Now).  Dr. Jeff Wolf of UCSF will do a great job presenting the latest information. Presentations and posters of clinical trial results follow the same format: Background (including hypothesis), Study Objective, Design & Treatment schema, Patient Characteristics & Cohorts, Responses (include high-risk cytogenetics), Toxicity (hematological and non-hematological), Conclusion, and Next Step.  Remember, the goal of Phase I (typically handful of patients) is to determine “Maximum Tolerated Dose”; Phase I/II and II (typically 25-75 pts) continues to measure dosage escalation and safety while looking at responses; and finally Phase III (several hundred patients) compares response rates between new and current treatments. Treatment schedules are defined for stages of Induction, and optionally Transplant, Consolidation, and Maintenance with specified Randomization along the way; dosage amounts and scheduling are provided for each drug along with optimum number of treatment cycles (typically 28 days). Risk stratification correlates various techniques such cytogentics-FISH analysis (e.g. chromosome deletions and translocations) and gene-expression profiling (GEP).

COMMENTS AND DISCUSSIONS I FOUND PROVOCATIVE

For someone diagnosed with stage III MM 22 years ago with only 2 treatment options available (MP or VAD-SCT) and given 2-3 years expected survival, I’ve seen incredible progress since 2003 when Velcade was first approved. While there continues to be unanswered questions, we now have many more effective treatments for MM, providing patients with better opportunities to manage their disease. GLOSSARY (according to Jack)