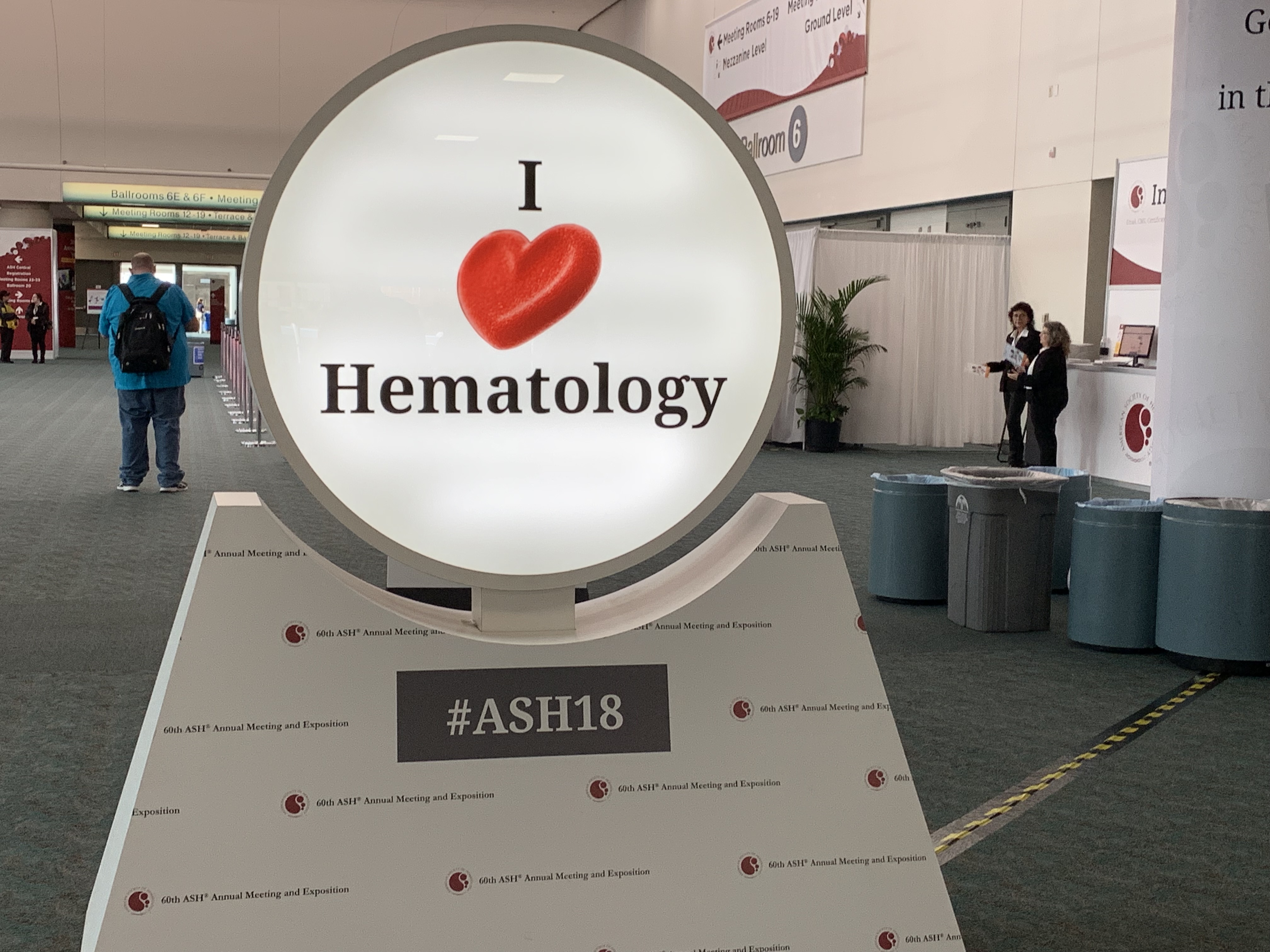 The Friday symposium sessions are some of the best at ASH, even though they are not an official part of the American Society of Hematology session.

Dr. Keith Stuart of the Mayo Clinic spoke at a morning session on the topic of high risk myeloma, with some key points. He said that while treatment is improving for myeloma patients with the advent of a growing number of combination therapies, there are still 25% of myeloma patients with high-risk disease who live less than 3 years. Patients with the genetic myeloma features of 4;14, 14;16 and del17 are of the highest risk.

He noted that risk is categorized into International Staging System "stages."

He mentioned that while normal patients can do well on typical treatment (such as induction with Revlimid/Velcade/Dex, then a stem cell transplant and lenalidomide maintenance therapy), high-risk patients will still want to have a transplant but use a proteasome inhibitor such as carfilzomib or bortezomib on an ongoing basis until their disease progresses.

For patients with "Double Hit" myeloma, (explained below) he suggested that a stronger induction therapy using Revlimid/carfilzomib/dex may be used instead of Rev/Velcade/dex.

For patients with the translocation of 4;14 included 15% of the total myeloma patient population. These patients often have an IgA type of myeloma. Frequently, they also have an accompanying del17p. For these patients he also suggested extended proteasome inhibitor maintenance. 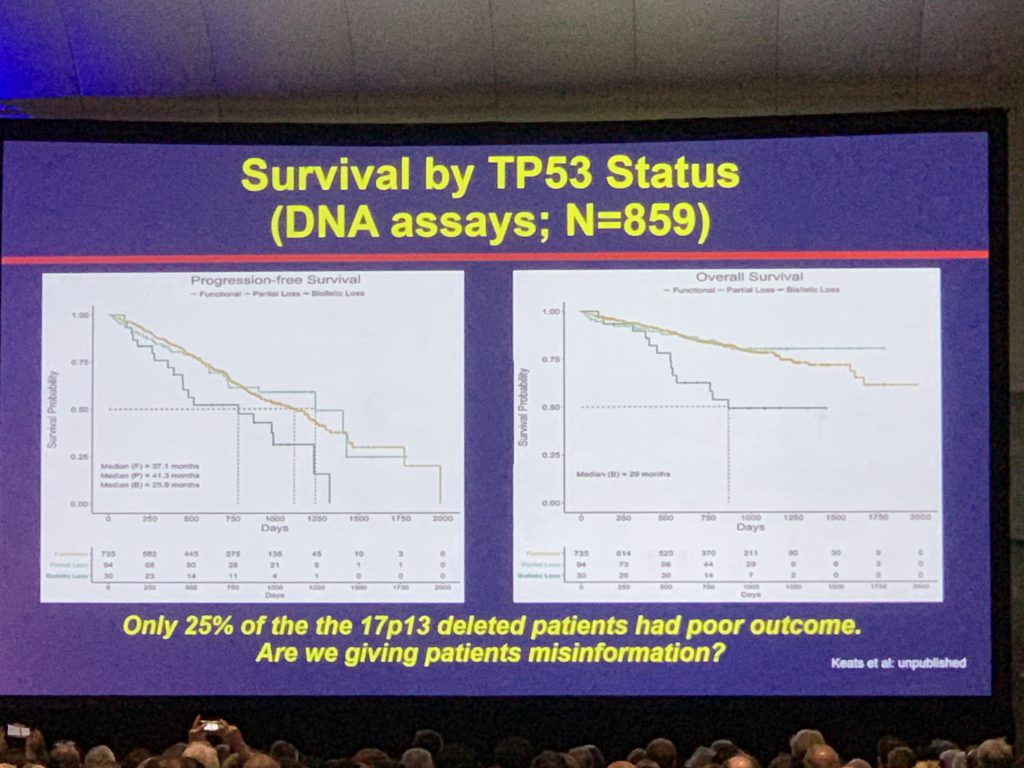 Either one of these (double copy losses of del17p or 4 copies of the 1q gain) is called "Double Hit" myeloma - as a new disease segment for extremely high risk disease in newly diagnosed multiple myeloma patients. This involves 6.1% of the total myeloma patient population.

This information is not available on the most commonly run test in myeloma - the FISH test. Further and deeper genomic testing needs to be done for these patients.

In summary, it is key for myeloma patients to better understand their disease if they have high risk features to understand how they should be treated.