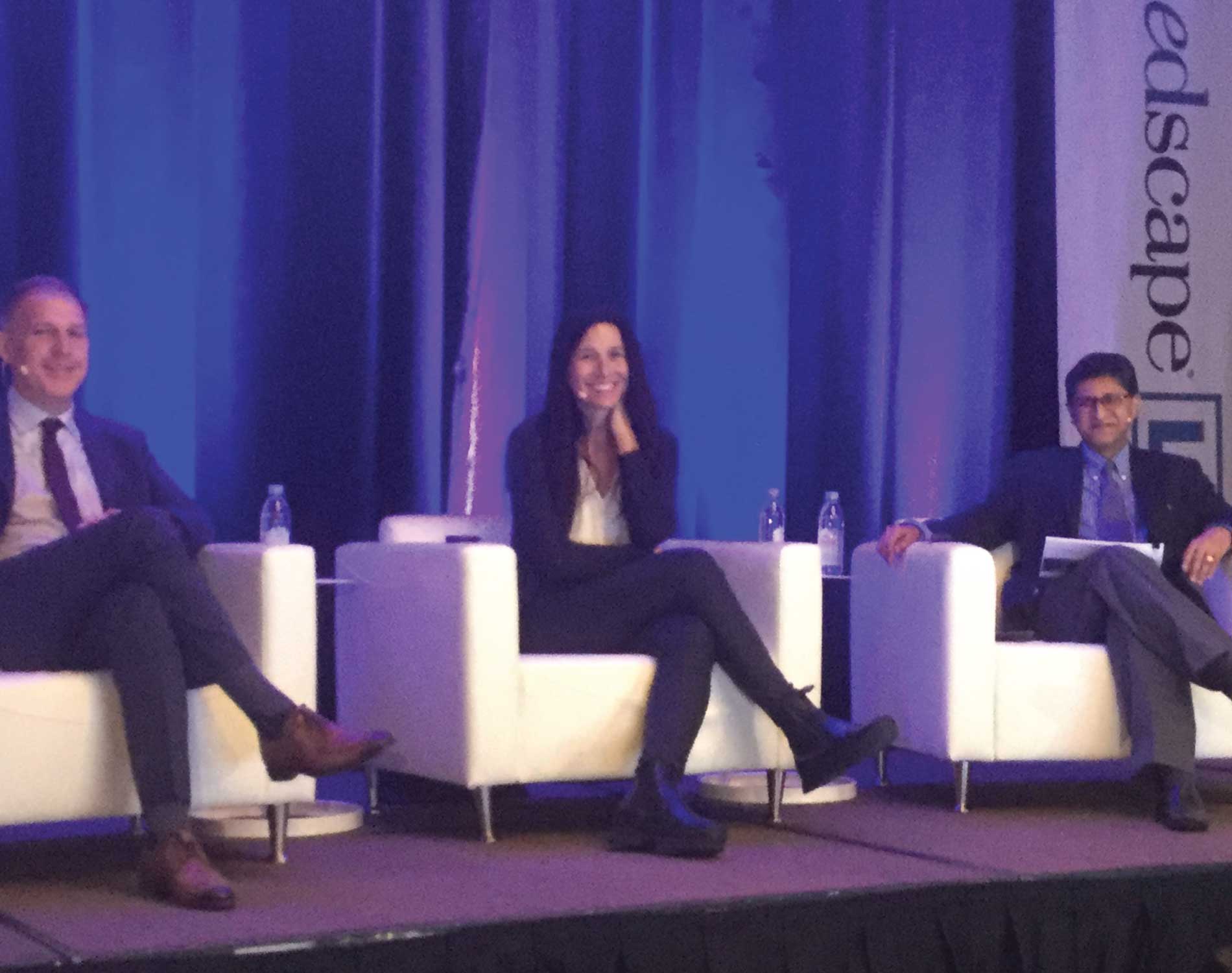 What would practicing clinicians do in the case of patients who were relapsed or refractory to 3 or 4 different classes of drugs?

Most of the panelists noted that if patients had relapsed after most available therapies, they would try new combinations of existing drugs to bridge them to a clinical trial, where completely new approaches are in development.

Dr. Voorhees looked to the future of the trials like the bb2121 CAR T cell treatment, antibody drug conjugates and bi-specific antibodies (BiTEs) as a good next step for these patients. He also used older treatments like Kyprolis/dex/PACE and transplant as a potential bridge to the next new therapy.

The two currently available drugs for this highly relapsed/refractory setting outside of a clinical trial were Venetoclax, a 11:14 translocation-specific drug, which Myeloma Crowd Coach Vicky Jones will cover in another post, and Selinexor which I will be discussing here.

Selinexor has a single agent overall response rate of 25.2% and a medium duration of response of 4.4 months.

Most of the doctors said they use it off label because it was approved at two doses per week but had some side effects requiring dose reductions, and found that once a week had much less of an issue.  In addition,  The STOMP study has used selinexor/dex in combination with Dara, Velcade, Revlimid, and Pomalidomide, all of which had an overall response rate in the 50-80% range.  Assuming the medium duration of response also improves, this may be a significant improvement.

Unfortunately, until we get FDA approval for CAR T’s, BiTE’s, antibody drug conjugates, Melflufen, CLR131, the current and maybe near future drugs will just be the next new bridge until we find the cure.