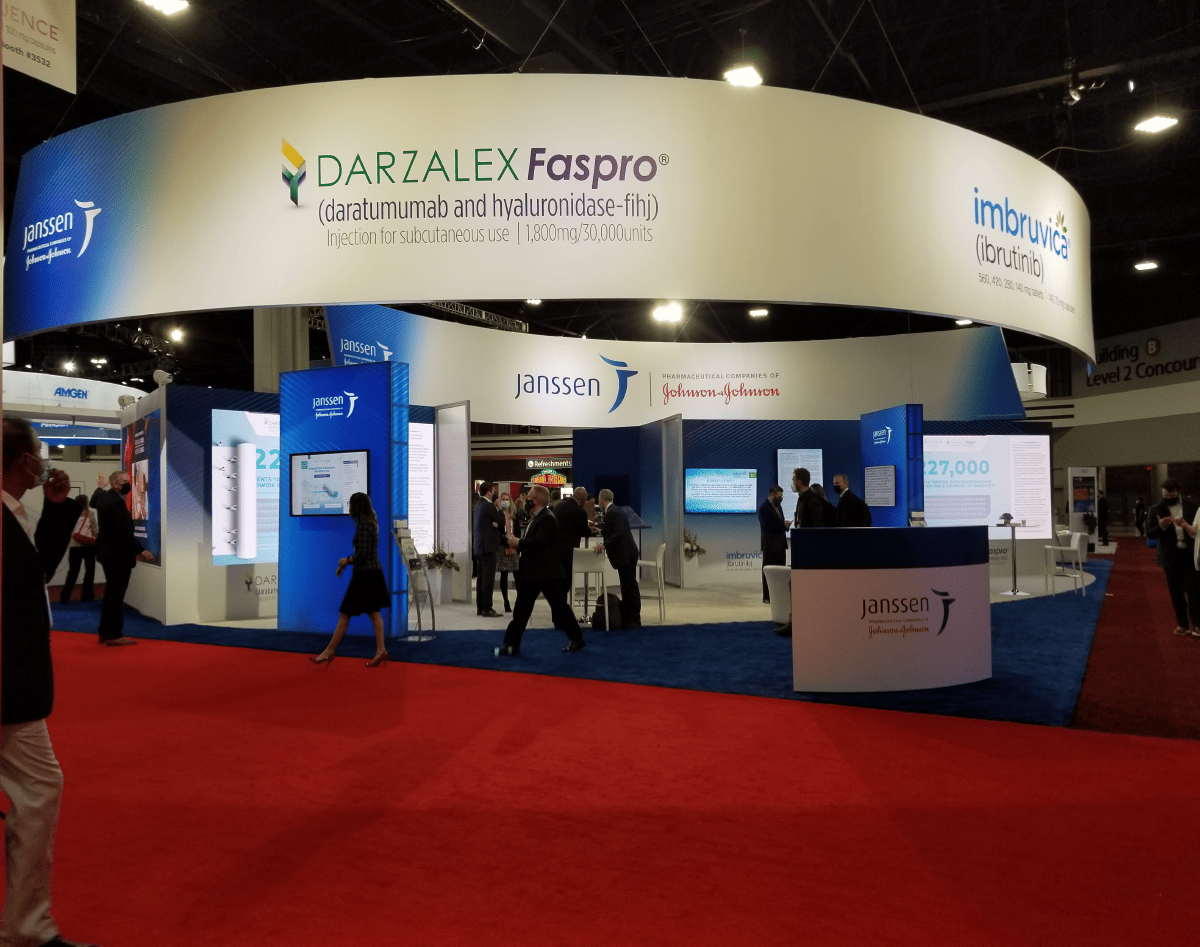 Maybe you have heard about clinical trials, and like me have been a bit confused, curious or even dubious. I recently sat in on the update of the TRIMM-2 study presented by Ajai Chari, MD, Mount Sinai School of Medicine. He reviewed the latest results of this study, which explores the synergistic effect of combining talquetamab (Tal) with daratumumab (Dara).

Tal is a bi-specific antibody that helps direct T cells to multiple myeloma cells, and kill them. And as you probably know, Dara is a monoclonal antibody, which also helps kill myeloma cells.

Dr. Chari explained some of the important findings of this preliminary trial which compares different dosages of Tal when combined with Dara. The first is that the overall response rate was improved by adding Dara to Tal, compared to using Tal by itself. Another amazing result of adding Dara to Tal was that as treatment progressed, many of these patients whose bodies were resistant to 5 or more types of meds, responded by having a deepening response. This means that as time goes by, patients can move through the various stages of response: SD – Stable Disease, MR – Minimal Response, PR – Partial Response, VGPR – Very Good Partial Response, CR – Complete Response, and sCR – Stringent Complete Response. Dr Chari characterized these responses as “durable and deepening over time.” Looking at the bar chart below we can see that most of that deepening happened within the first 3 months of treatment.

The ORR (Overall Response Rate) in this study is 77-85%. This response is pretty remarkable since all of these folks had received many different treatments, because myeloma—in my crude way of understanding – learns to resist drugs.

While the study of this combination is preliminary, it’s encouraging. Tal plus dara seems to be a new immunotherapy-based approach to treat patients with multiple myeloma. This is fantastic news for us patients to have one more effective, yet safe, treatment in our multiple myeloma toolbox. 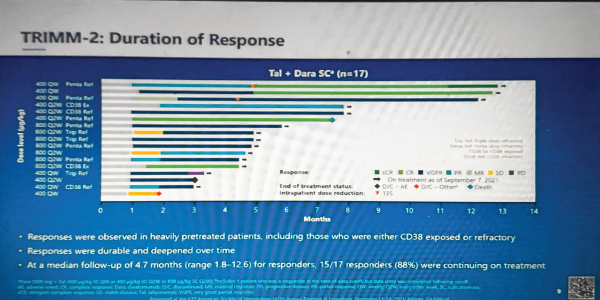 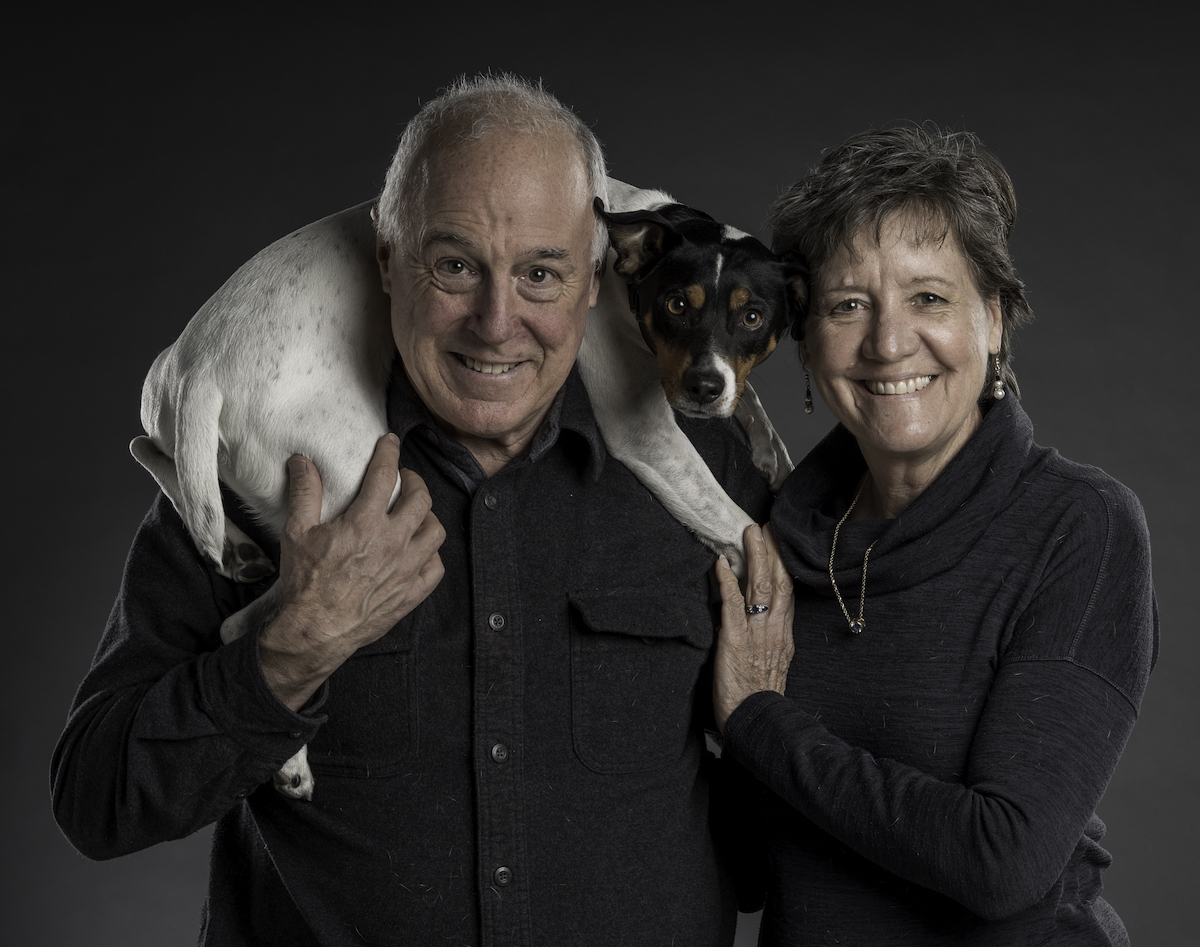 Steve Reinhard - “I’m intrigued with personalized medicine, matching treatments to the person's genetics, age, health, gender, race, and different tests and assays being developed and how they are best utilized for diagnosis, treatment, trends and predicting relapse.”