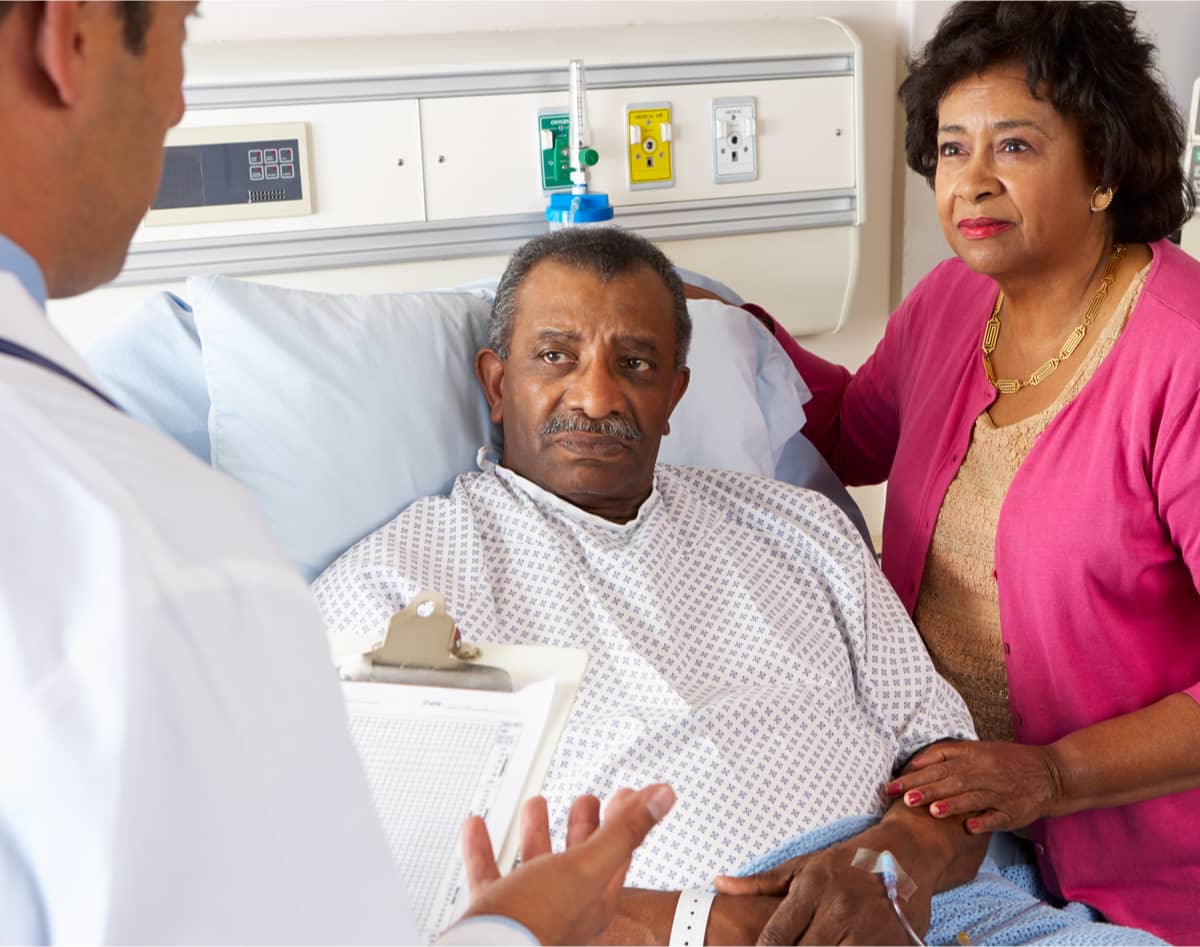 Chromosome 1 abnormalities may be high-risk disease features. Patients with them should have a heightened sense of awareness about their risk and include clinical trials in their treatment strategy, according to Timothy Schmidt, a myeloma researcher/clinician at the University of Wisconsin-Madison, who reported on a study at the American Society of Hematology (ASH) meeting.

“What’s clear is that gain of 1q (see below), even in a population that doesn’t have other high-risk features, is something that, if I were a patient, I would rather not have,” said Schmidt, “patients with that abnormality in this study did not do as well as those without.  That was pretty clear from the data.  But that doesn’t mean that there isn’t anything that can be done about that.  It doesn’t mean that there’s no hope here or that if I have this, it’s the worst thing ever.”

Each of the twenty-three chromosomes a person has normally come in pairs.  Defects in one of the two arms of chromosome 1, p or q, are strongly associated with myeloma.

This study focused on narrowing down the various chromosomal abnormalities in a larger study (ENDURANCE), which compared KRd (Kyprolis, Revlimid, dexamethasone) to VRd (Velcade, Rd) in newly diagnosed myeloma patients (NDMM) who had no intention of having an autologous stem cell transplant (ASCT).

A total of 912 of the study’s 1,087 participants were tested for +1q at diagnosis, leading to 310 positive cases.  Of those, the number of copies of arms of chromosomes could be determined in 280, 68 of whom had amp1q.

“I think the other important aspect is that this study didn’t include ASCT,” emphasized Dr. Schmidt, “I think there are a lot of patients who could get a stem cell transplant who don’t and these data that I showed in this presentation are for outcomes without an upfront transplant.

This study was based on data from the ENDURANCE trial which compared kyprolis/lenalidomide/dex (KRd) to bortezomib/lenalidomide/dex (VRd) in newly diagnosed myeloma patients who chose not to have a transplant.

A cursory look at the data seemed to indicate that KRd was superior to the currently preferred VRd for patients with +1q and del1p, but not those with amp1q.  Dr. Schmidt cautioned against drawing definitive conclusions based on the data.

“The challenge with looking at that, though, is that for a disease like myeloma where there are so many treatments available, it’s really hard to distinguish a difference and a lot of the time the difference in overall survival that you might see has nothing to do with the treatment regimens that are being compared the first time,” he added.

“Historically high-risk disease has been thought to be something that using a more potent drug might be able to overcome some of the aggressiveness of the disease,” Dr. Schmidt explained, but this study did not bear that out.

The methods used for this study underscored unplanned applications of information and data from studies and real world evidence sources like the HealthTree Cure Hub.  Some experts noted that the study did not specifically enroll or identify high-risk disease patients, therefore conclusions about them couldn’t be drawn.

But enrolled patients were given genetic tests, allowing researchers to identify patients with chromosome 1 abnormalities.  “OK, well these patients were still enrolled, so let’s take a look at them and see whether carfilzomib (Kyprolis) was better than Velcade,” said Dr. Schmidt.

This study demonstrates how emerging information about myeloma can be applied to the data of ongoing and completed studies.  Additionally, real world data sources—information gathered on patients not enrolled in clinical trials—allow researchers to gather more information on smaller patient populations like this one to create more effective therapies.