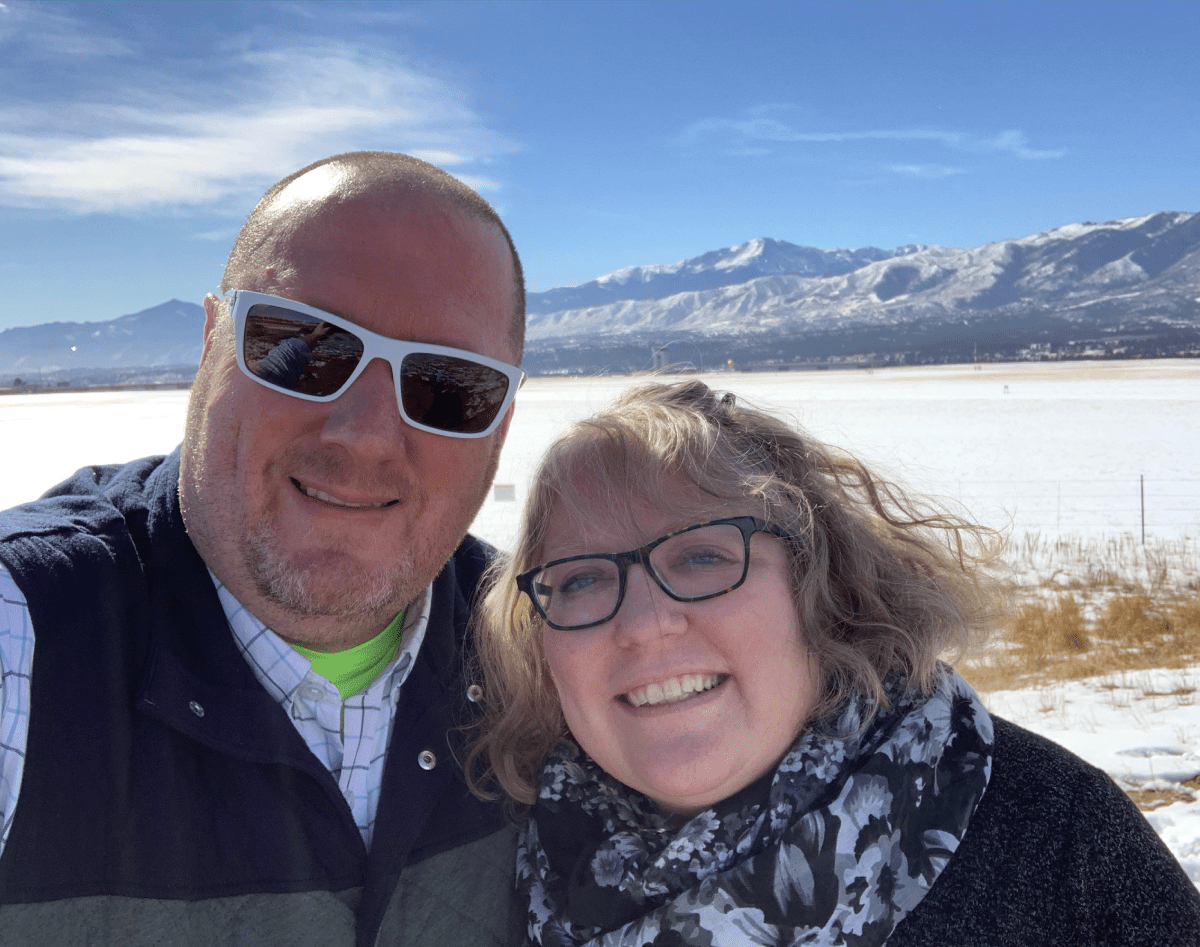 My name is Beth Ayen. I was diagnosed with Multiple Myeloma in 1997 when I was 29 years old. At the time I was married with two young children ages five and three. I had been struggling with pain between my shoulder blades, my sternum, and my skull for about a year. We lived in a small Wyoming town that did not even have an oncologist. General practitioners would just say, “Everyone has back pain.” I knew this was not normal “back pain.”

We finally found a doctor in Salt Lake City, UT that did an MRI and found a plasmacytoma compressing my spinal cord where my T3 vertebra used to be. It took the oncology board at the University of Utah two weeks to diagnose multiple myeloma because they could not find an M-spike but they were finding myeloma cells in my bone marrow. This is how my journey began with non-secretory multiple myeloma. I was told I had two to three years to live.

They treated me with radiation to reduce the plasmacytoma on my spine and the lesions in my sternum and then we started the VAD (Vincristine, Adriamycin, Dexamethasone) chemotherapy regimen. The radiation did it’s job but the chemotherapy did not reduce the other lesions I had, so the oncologist in Salt Lake City recommended an autologous stem cell transplant. I had my transplant in July of 1998 at the University of Colorado and was told I had responded well. “Remission” and “complete response” were not words used by my doctors back then. They did not suggest any maintenance therapy but just said to expect it to come back.

I lived a fairly normal life for about 12 years. At that point, I started having pain in a rib on my right side. Somedays I could barely breathe. We had moved to a bigger town in Wyoming by then that had an oncologist whom I called right away. He did some scans and checked my serum free light chains (which was a new test then). He told me they really didn’t see anything on a scan and my light chains were just up a little bit, so I stopped complaining about the pain.

About three years later, we moved again. This time to our current city, Casper, Wyoming. I went to the local oncology center for my six month check. The oncologist there was concerned with my rising light chain numbers and he asked me if I was having any pain. I said there were a few spots in my skull and hip but that was it. I had learned to ignore that rib pain. We did some scans and he came back and asked if I was having pain in my rib. I told him, “Yes! For three years!”

I had a large plasmacytoma on my 11th right rib that had been ignored by my other oncologist. From there we radiated those sites which took care of things for the time being, but new ones just kept showing up. My new doctors decided we need a more systemic treatment so we started on chemotherapy. We have followed this cycle for about eight years at this point. We do the treatment until it stops working and then we try something else.

In the last year, we tried many treatments, even a few brand new to the market, that never worked. I had a visible tumor on my sternum that was 4x3x3 inches and growing fast. My light chain numbers were the highest they had ever been and I was feeling horrible.

My oncologist hematologist suggested this new combination of Velcade, Xpovio (selinexor), and Dexamethasone. Within a week the tumor had shrunk in half and by two weeks it was completely gone. My light chains dropped below one and I am feeling the best I have felt in over a year. I am so thankful for these medications that have prolonged my life. I have seen my kids grow up, graduate from college, get married and have kids of their own. I love being a grandma.

Editor's Note: Beth's story is a story many of us have experienced - a late diagnoses, delayed treatment and resulting organ or bone damage. The need for a myeloma specialist to help diagnose, create treatment plans and catch early relapse is key. To find a myeloma specialist, click here. Additionally, if you are considering selinexor as a treatment or are on selinexor treatment, please join our Selinexor chapter with monthly meetings on a variety of topics.