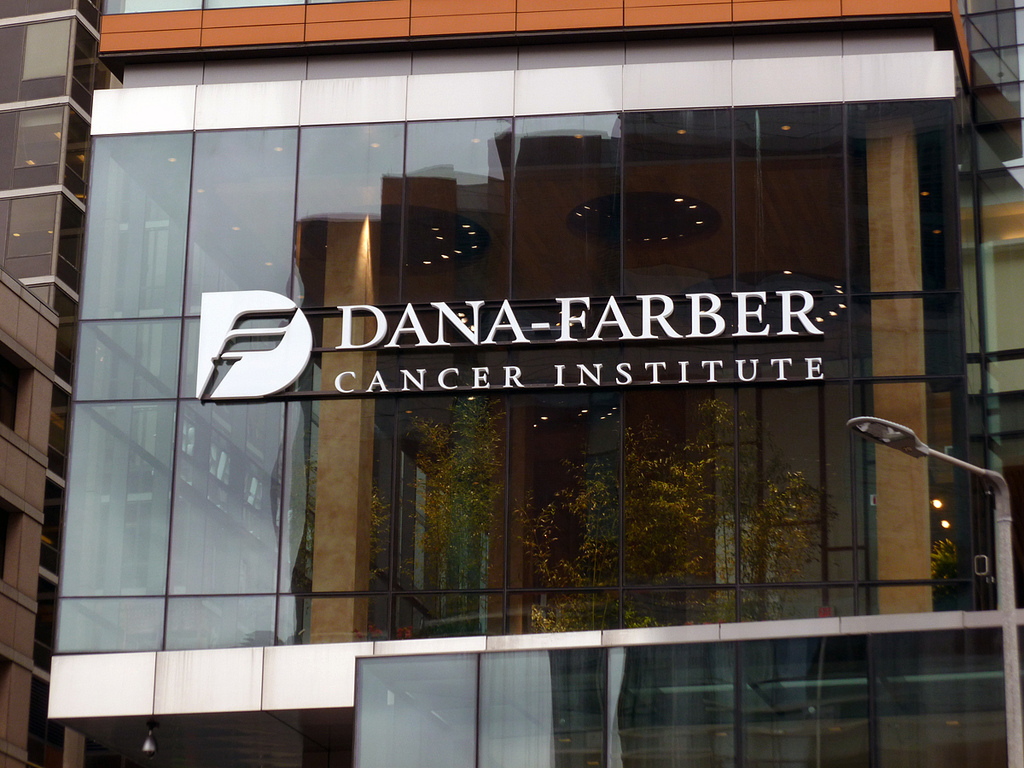 In its first clinical trial, a breakthrough antibody therapy produced at least partial remissions in a third of patients with multiple myeloma who had exhausted multiple prior treatments, investigators at Dana-Farber Cancer Institute and other organizations report today online in the New England Journal of Medicine. The drug, daratumumab, proved generally safe in patients, even at the highest doses tested in the study. The results of the trial – a combined phase 1 and 2 study – strongly support testing of the drug in a larger group of patients in both phase 2 and 3 trials, the authors say. “The treatment of multiple myeloma has improved significantly in recent years with the introduction of therapies such as proteasome inhibitors [which interfere with tumor cells’ protein-disposal system] and potent immuno-modulatory agents,” said the paper’s senior author and lead investigator, Paul Richardson, MD, clinical program leader and director of clinical research at Dana-Farber’s Jerome Lipper Multiple Myeloma Center, and the R.J. Corman professor at Harvard Medical School. “Unfortunately, while these agents generally work for a considerable period of time, resistance inevitably emerges, and far fewer treatment options are available in this setting. Therefore there is a great need to develop new treatments for this patient population in particular,” said Richardson. Daratumumab is a monoclonal antibody preparation that targets CD38, a protein strewn over the surface of myeloma cells but less abundant on normal cells, which can act as a receptor and transmit signals to the cell interior. In laboratory studies, daratumumab caused the targeted killing of CD38-carrying tumor cells by several distinct and potent mechanisms, including some that involve the immune system. The new study involved 72 patients, all of whom had received at least two prior lines of therapy and whose disease had relapsed and no longer responded to treatment. Following an initial phase in which the dose of the drug was gradually increased in patients, 72 patients enrolled in the second phase, in which two doses were tested at different administration schedules – weekly, twice monthly, and monthly – for up to two years. Of the 42 patients receiving the higher dosage, 36 percent experienced durable responses, including two who had complete remissions and two more whose remissions also were high quality (known as very good partial responses). In this group, the median period in which the disease was held in check was 5.6 months. In addition, two-thirds of patients who benefited from the drug had no advance of the disease for at least 12 months. Most side effects of the drug were relatively mild, the most common being fatigue, nasal congestion, and fever. More severe side effects were less frequent and included pneumonia, low blood platelets, low white blood cell counts, anemia, and excess blood sugar, but these were not thought to be a direct effect of the antibody itself. “As a single-agent therapy, daratumumab showed significant promise against difficult-to-treat disease in our patients with advanced myeloma and who have few other therapeutic options,” Richardson remarked. “Because it targets a key receptor and works through different mechanisms than other available agents, it clearly has merited comprehensive testing in larger clinical trials. Preliminary results from these studies have been very encouraging.” Ready to find a clinical trial using this drug? Simply click here (the work has been done for you!) to the SparkCures search.