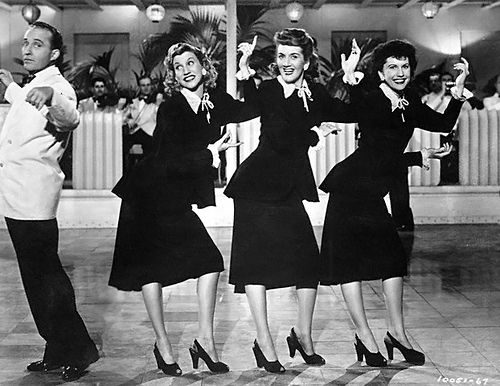 Diet and Myeloma Part 3: You’ve Got to Accentuate the Positive, Eliminate the Negative…

What does Bing Crosby’s advice in December 1944 have to do with our challenges with multiple myeloma?

Sometimes in life, I think that suggestions on what to do to be more successful are less important than knowing about the catastrophic “potholes” that can derail your entire plan.

So, in today’s column we are going to dig further into things to watch out for, while also looking more for foods and spices to emphasize too. We already suspect that lots of refined carbohydrates and high-sugar levels may not be good for our condition, but there are other questions.

What about meat? Although much has been made of the dangers of meat consumption and cancer—the famous China Study (T. Colin Campbell, 2005), evidence extending this to myeloma is not at all conclusive. While is true that the incidence of myeloma in China is lower than just about any other place on the planet (1.1 cases per 100,000 males in China vs. 4.7 in the U.S. population), we do not know at all if this lower incidence comes from less meat consumption or something else. For instance, it could be from increased consumption of fish, complex carbohydrates vs. refined ones, the much greater use of sugars and dairy products in the U.S. diet (which were smoking guns in the study of the Connecticut women). Or it could even be something altogether different: genetic differences in the population or variation in the exposure to environmental toxins.

Moreover, both the study of 179 Connecticut women and another (Tavani et. al., 2000) found no statistical association of red meat consumption and myeloma. (Other studies, however, have shown cured and smoked meats to be a negative influence on several cancers). If red meat came in as a neutral influence on myeloma risk, however, fish consumption showed itself a large positive. Several studies (including that of the Connecticut women) have repeatedly found that eating more fish was also associated with a lower chance of developing multiple myeloma (see Alexander et al., 2007 for a summary).

In particular, the evaluation of Fritschi et al. (2004) reported statistically significant lower levels of developing myeloma in people eating fatty fishes such as salmon, herring, sardines and tuna than leaner fish such as cod.

Could eating fish help moderate the disease once we have it? While we don’t know the answer to that question, I feel safe recommending more fish for protein in our diet.

Also from Alexander et al.’s attention-numbing survey of myeloma-related epidemiology, we learn that the amount of food you eat is also likely important. Not too much! For instance a study of 37,000 post-menopausal women with a waist circumference greater than 36 inches had double the risk of developing multiple myeloma. Similarly, a Canadian study found a doubled risk in people who were determined to be obese by their Body Mass Index [BMI].

For spices, in your diet, we’ll later talk a lot more about turmeric and curcumin when we discuss supplements, but for now, I recommend that all of you Indian food lovers that have curry cravings go ahead and indulge them. Turmeric with black pepper is a great spice combination to add to whatever—soups being a good opportunity. And if you don’t like curry and turmeric, then you might look into them and find ways to bring them into your diet.

Eliminate the negatives. Such as?

Dr. James Berenson of the Institute for Myeloma and Bone Cancer Research in Los Angeles has some helpful ideas on diet. Firstly, he suggests that artificial sweeteners may be dangerous “Each one of these have been tested positive for cancer in animals,” he writes. Berenson says that avoiding sweeteners and sugar in general is his number one dietary recommendation for those of us who suffer myeloma.

And not coincidently, a recent study of aspartame, the ubiquitous Nutrasweet—found that it very actively promotes angiogenesis- growth of fledgling blood vessels that can support cancer growth—precisely the thing we are trying to halt when we take Revlimid. Lenalidomide is a potent anti-angiogenic compound.

So, out with diet sodas, and artificial sweeteners in general. (one exception may be Stevia).

Berenson also believes that artificial colors, MSG and nitrates (the later found in preserved meats) are also useful to avoid. He also believes that Vitamin D levels are important in myeloma patients as they are often deficient. We’ve already touched on that in our earlier discussions, but it keeps coming up: important to have both good sources of Vitamin A and Vitamin D in our diets. Since Vitamin D is easily low in wintertime, supplements may be helpful.

Finally, I also want to include some cautions on foods related to our chemo treatments. We have evidence that green tea (and supplements with EGCT), while likely beneficial the rest of the time, should be avoided on Velcade days and perhaps those just after.

Same for Vitamin C supplements; best to avoid them on Velcade days.

So, by avoiding what might be a disadvantage and emphasizing what might help, perhaps we can make 2017 just a little brighter and healthier.

We already mentioned that Revlimid is an anti-angiogenic compound. Next time, we will explore that arena and even find some foods you can eat that might have similar properties—although not nearly so powerful. Still, every little advantage might help.