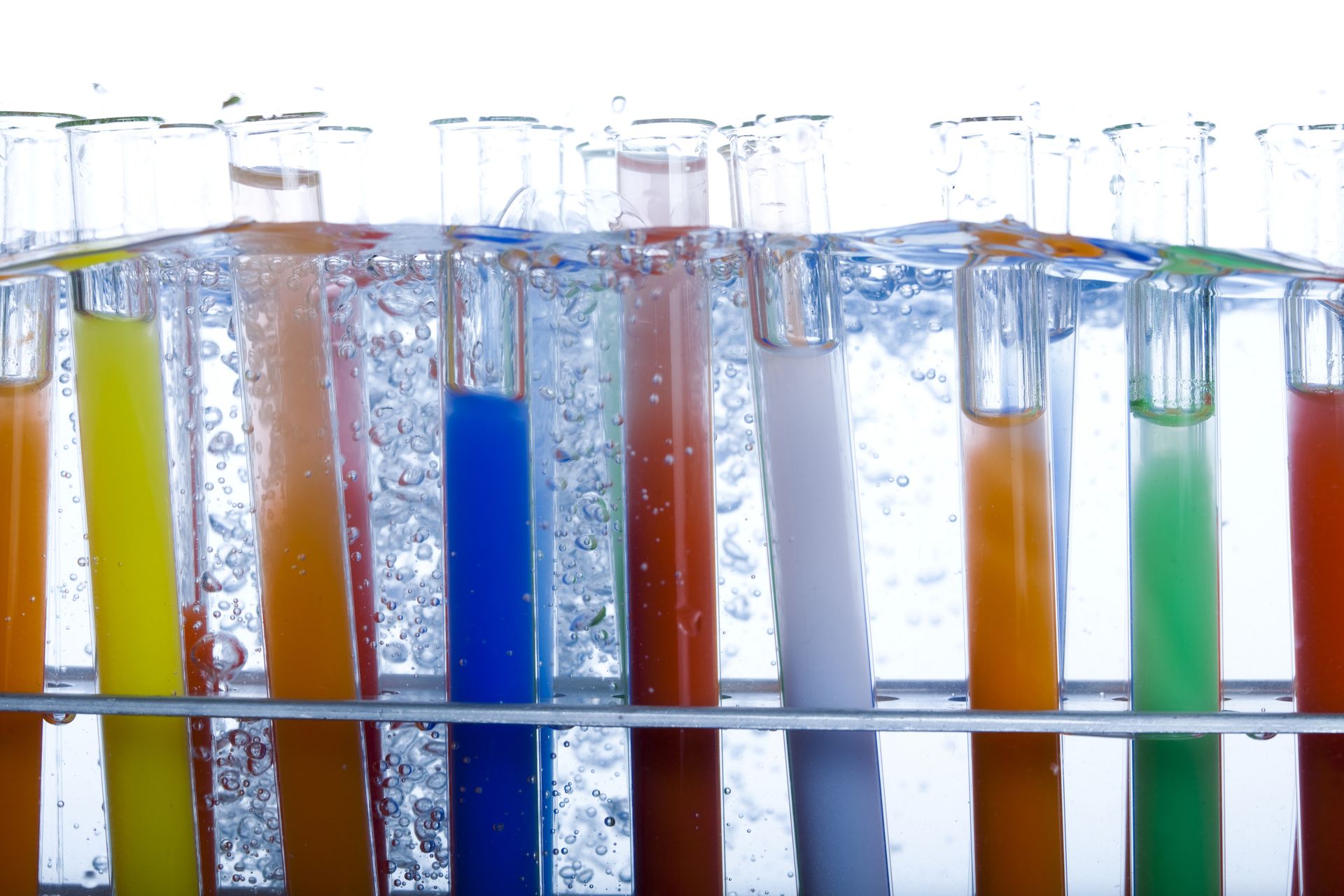 There seems to be an explosion of late for better myeloma detection. From newer imaging procedures to whole genome testing, the diagnostics are becoming more detailed, giving a more accurate view of the true nature of myeloma in all its different forms. Here's a review of the latest in myeloma testing: Minimal Residual Disease The International Myeloma Foundation (IMF) announced progress on their Black Swan Research Initiative with a new MRD test that was developed in collaboration with the EuroFlow European group that was presented in Spain recently. The new test strives for deeper detection as well as greater accuracy and consistency across labs. Dr. Alberto Orfao, a renown flow cytometry expert of the Salamanca, Spain group explains that the flow cytometry method to be demonstrated at the upcoming IMF-EuroFlow workshop will avoid inconsistent and incomplete flow cytometry results, simplifying and optimizing the test using standardized algorithms, which “will really take out the subjectivity of the ‘experts,’” according to Dr. Orfao. It will also increase the sensitivity of the test—to 10-5 and below, which means an ability to detect as little as one myeloma cell in a million cells. In a recent interview on mPatient Myeloma Radio, Dr. Philip McCarthy  describes both the new flow cytometry approach and different approach called PCR to detect minimal residual disease:

The other thing we’re doing on this is we are measuring what is called MRD (minimal residual disease) And MRD can be measured in different ways. The two most sensitive ways are by flow cytometry and that’s where you take antibodies which have a little fluorescent tag on them and they bind to different cell surface molecules, and you can have the antibodies that bind to different markers on the tumor or on normal cells. And then you run it through laser in these little markers fluoresce and light up, and our flow cytometrist then measure what’s normal and what’s abnormal. The other one is to do molecular testing, usually preliminary chain reaction (PRC). That involves looking for small bits of the immunoglobulin gene that gets rearranged in the myeloma cell. It gets rearranged in normal cells, but it gets specifically rearranged in the cancer cell. The only problem with that is you have to have usually the diagnostic sample to generate markers that allow you to look from MRD by this molecular technique. It’s a different test. This is PCR. So what happens is as plasma cells and in all of us, like when we get a tetanus shot, our body starts making antibodies to tetanus. And there’s not just one but there are usually several, and so it’s this called a polyclonal response. And then what happens is the immunoglobulin chain, the heavy and the light chains at one end reconfigure their binding site so that it will specifically say, for example, recognize tetanus. And there’s a recombination event where these things get shuffled around in the developing plasma cell or developing B cell to allow for different antibodies to be formed. Well, in a myeloma cell, what’s happened is the plasma cell is only making one type of antibody usually or a light chain or heavy chain. And so it is clonal. So you can take little bits of the DNA and make little primers they’re called, little groups of nucleotides that are based on the recombination where the genes were reshuffled, and you can then do a DNA reaction to see if this is present or not in the bone marrow sample. It sounds fairly complicated but I can remember doing this when I was a post-doctoral fellow and it was a little tedious, but it really gave you answers if you were looking for small amounts of the presence of any type of cell population. The problem is you need to measure that shuffling, you most often need a diagnostic sample where there are a lot of plasma cells there or a sample where you have a sufficient number of plasma cells that you can isolate them out and make these primers they’re called to that particular clonal abnormality, because if you have a contaminating population of all different types of cells, you won’t get a clean signal. So that’s the way you can measure minimal residual disease by a molecular test called PCR. The Italians have done a lot of this as some of the other groups, Palumbo’s group in particular. But it hasn’t gone widespread because a lot of times you don’t have a sample of your patients being treated in the community. This isn’t a standard test right now. It may be in the future, but so far not yet.

Whole genome and whole exome sequencing is now being used in myeloma studies to dig deeper into the genetics. How does it work? Dr. Jens Lohr, MD, PhD of the Broad Institute and Dana Farber Cancer Center describes the difference between the two types of sequencing:

The difference between the whole genome and whole exome sequencing is actually that the whole genome is present in each of our cells which is basically one very long DNA strand. It’s basically partitioned in certain chromosomes, but the code is essentially 3 billion what we call bases long. So it’s a very simple code. It only essentially consists of four letters: A, C, T, and G but there are 3 billion of them. You can essentially just read this as series of A’s, C’s, T’s, and G’s. If you want to identify the entire genome, then you’ll have to read all those 3 billion base pairs. But it turns out that we only have quite a limited number of genes. This is about only 2% of them. When you want to sequence only all genes, there is a trick that you can use to pull out only the genes and then you’re down to 30 million of those coding base pairs. The difference is between sequencing the entire genome and only the genome that code for genes. That is a lot faster. It’s a lot cheaper. You can also get information that is deeper in certain ways. In general, there is nothing that you couldn’t do with whole genome sequencing as well but it comes down to a price issue. Whole genome sequencing because as I have said, more than twenty times more sequencing data, it’s also much more expensive as you can imagine. From a clinical standpoint, I can’t tell you anything about the pricing but from a research standpoint, when we sequence a sample just to give you a ballpark idea, sequencing an entire exome is less than a thousand dollars and sequencing an entire genome these days is less than $10,000. Obviously, those are not then certified tests that you can use like this in the clinic because there goes more into this. From a research perspective, that’s about the difference.

Will this whole exome test be available at some point in the clinic? Dr. Lohr says early versions are beginning to become available:

Yes. It’s actually sold at the Dana Farber and also at the Broad and I believe also at the Mass General Hospital, exactly that is being instituted right now to make this clinically available. That is just being started but that, I think, within two years’ time or so, that will be offered routinely in a clear, certified way so that you can actually get — not the genome because that I think is still way too expensive - but that whole exome sequencing will be performed up front as soon as you step foot into the clinic.

According to Dr. Leif Bergsagel, MD of the Mayo Clinic in Scottsdale, this type of genetic sequencing is critical to discover mutations at a deeper level. He gives the example of the discovery that almost half of myeloma patients have  MYC translocation and that this was only discovered because deeper testing was available to catch the mutation. Better Imaging Over a month ago, Dr. Gareth Morgan's group in the UK described the new, whole body MRI that can detect myeloma in greater detail. A previous post reviewed this in more detail. The benefit of detection through better imaging is fewer bone marrow biopsies. HLA Tissue Typing Did you know that in order to join some T cell immunotherapy studies, patients also need to know their tissue type? Who knew? When asked how a patient would join some of the T cell studies mentioned by myeloma immunotherapy expert Dr. Aaron Rapoport, he mentioned the following:

The main thing for eligibility is that patients need to have a certain HLA or tissue marker called HLA-A201, which is the most common A-marker. It’s present in about 50% of Caucasians and about 30% of African-Americans and Hispanics, so it’s relatively common, but not everybody has it, so that’s the first thing. They have to have the A201 marker. Then we have to check their myeloma cells to see if they have the LAGE-1 or NY-ESO-1 marker, which requires a bone marrow test, so those are the main eligibility criteria.

The tissue typing test is called HLA . This test is routinely done for patients who are working to find a stem cell donor in the Be The Match registry. According to Be The Match:

Human leukocyte antigen (HLA) typing is used to match you with a donor for your bone marrow or cord blood transplant. This is not the same as ABO blood typing. HLA is a protein – or marker – found on most cells in your body. Your immune system uses HLA markers to know which cells belong in your body and which do not.

The field is headed in the right direction. With better testing comes deeper discovery and better care. In order to take advantage of more targeted treatment, patients need to know their disease biology!! The more you know, the more you may be able to request more targeted therapies.