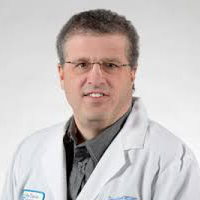 Friday, April 15, 7 am PST, 8 am MST, 9 am CST, 10 am ESTCall In by Phone to Listen Live: (347) 637-2631 or Listen Live Via ComputerMultiple myeloma is a complex cancer and the majority of patients will relapse several times during the course of their care. With the ever growing arsenal of myeloma treatments, investigators like Dr. David Siegel, MD, PhD of the John Theurer Cancer Center are working to identify the best treatments at relapse using a variety of combination approaches. In this show, Dr. Siegel will review several important combo strategies now in clinical trials.

David S. Siegel, M.D., Ph.D., chief of the Division of Multiple Myeloma is one of the nation’s foremost authorities on multiple myeloma. Dr. Siegel’s research has almost exclusively focused on multiple myeloma and has been published in many leading medical journals, including Nature, New England Journal of Medicine, Blood and Journal of Clinical Oncology. Dr. Siegel served as the lead investigator of the pivotal multi-center, phase IIb study involving 30 cancer centers in North America that led to the U.S. Food and Drug Administration’s fast-track approval of Kyprolis (carfilzomib) for relapsed multiple myeloma patients. Dr. Siegel is one of 11 investigators nationwide who brought the chemotherapeutic agent Velcade to multiple myeloma patients through his clinical trials with the medication. Velcade is an injectable drug that blocks some of the chemical pathways associated with unregulated cancer cell growth. Dr. Siegel’s studies have shown that Velcade slows and halts the progression of multiple myeloma. He has also been involved in clinical trials for chemotherapeutic agents Revlimid and Carfilzomib. Dr. Siegel is a member of the Multiple Myeloma Research Consortium (MMRC) Steering Committee. The MMRC is a unique research model that was developed to accelerate the development of novel, cutting-edge treatments for patients afflicted by multiple myeloma by catalyzing, promoting, and facilitating collaborative research between industry and academia.