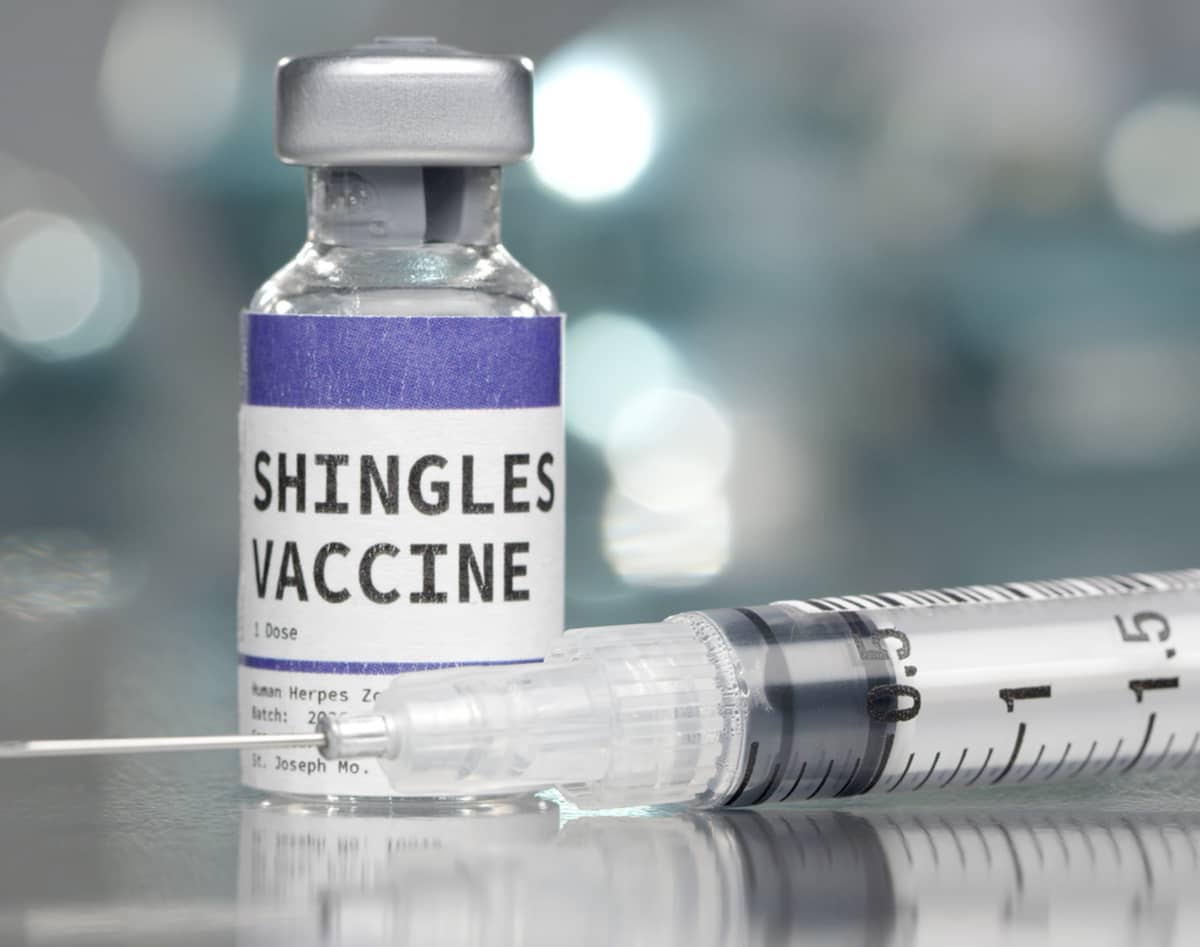 The title of this article actually short-changes the recent supplemental FDA approval of Shingrix, and I would like to rectify that right away. The full supplemental approval is:

“for the prevention of shingles (herpes zoster) in adults aged 18 years and older who are or who will be at increased risk of shingles due to immunodeficiency or immunosuppression caused by known disease or therapy.”

And of interest to us, patients with hematological malignancies, is that the clinical studies to support this approval included  patients “who had undergone an autologous hematopoietic stem cell transplant (auHSCT) and those undergoing treatment for hematological malignancies.” There is another shingles vaccine on the market (Merck’s Zostavax), but it is a ‘live’ vaccine that is contraindicated for use in stem cell patients as it may actually trigger the onset of shingles. Shingrix is a vaccine using recombinant technology that is safe for immunosuppressed patients.

Many of us may be familiar with shingles (also known as herpes zoster), either from personal experience or from experiences of family and/or friends. This link will provide you with a quick (but ugly) primer about shingles.

“There are an estimated 1 million cases of shingles in the United States each year.  More than 99 percent of those over 50 years old are infected with [shingles], and one in three Americans will develop shingles in their lifetime. The risk increases to one in two for adults aged 85 years and older.”

There are some other statistics worth knowing (for those who have not yet had shingles), compliments of a recent article in the Open Forum Infectious Diseases :

“Immunocompromised individuals, such as patients who have undergone autologous hematopoietic stem cell transplant (auto-HSCT) or patients with malignancies, are at 3–18-fold increased risk of [shingles] infection compared with immunocompetent patients, depending on the nature of the underlying condition.”

A fairly recent article in the Journal Lancet provides a succinct summary of the risks of shingles in patients following auto stem cell transplant:

“Infection is a major cause of morbidity and mortality after autologous haemopoietic stem-cell transplantation (auto-HSCT). Worldwide, most adults have latent varicella zoster virus and so are at risk of viral reactivation, causing herpes zoster (ie, shingles). Reactivation can occur after myeloablative conditioning and subsequent auto-HSCT because of impaired varicella zoster virus-specific T-cell immunity. Despite the known reduction in the risk of herpes zoster after auto-HSCT by use of prophylactic antiviral therapy (with acyclovir or valacyclovir), guidance on the duration of and adherence to therapy is variable. [emphasis added]

Complications of herpes zoster are common, including disseminated disease and post-herpetic neuralgia (pain in the affected dermatome lasting for >90 days after rash onset). The risk of developing herpes zoster seems to be highest in the early stages after transplantation, but viral reactivation can still occur over 5 years after transplantation, especially in older patients, in keeping with the well described age-related rise in the incidence of the disease.” [emphasis added]

I am fairly confident that most of us will be familiar with the above mentioned drugs (acyclovir and valacyclovir) to help prevent us, stem cell transplant patients, prevent the onset of shingles, though many of us may have already been dosed with either of these drugs when we first started therapy for our disease (well before transplant) and then continued after transplant (for some fixed period or for as long as we are being treated).

The studies supporting the FDA approval showed that :

“Shingrix was found to be 68.2% effective against the development of herpes zoster in immunocompromised adults who received an auHSCT 50 to 70 days prior to the first dose and who were expected to receive prophylactic antiviral therapy for at most 6 months post-transplant. In the hematologic malignancy study, post hoc analysis showed Shingrix was 87.2%  effective against herpes zoster development.”

You may think, “Whoopee, a vaccine that is 68.2 % effective.” And here we get into the medical statistics terminology that bears some explanation. One of the studies showed an incidence  of at least one shingles episode in 35 of 922  Auto-SCT patients who were given the Shingrix vaccine and followed over a 21-month period of time post second dose (i.e., 3.8 %). This compares to 135 reported shingles episodes in 924 Auto-SCT patients dosed with a placebo (i.e., 14.6 %). The incidence rate of shingles in Shingrix vaccinated patients is 30 per 1,000 people years and that compares to 94 per 1,000 people years for unvaccinated stem cell transplant recipients and that translates into an incidence rate ratio of 0.32 which is equivalent to 68 % vaccine efficiency.

Welcome to the wonderful world of medical statistics. Please remember that Shingrix will provide you with +3 times better protection against the likelihood of ending up with a case of shingles, compared to doing nothing and risking a very unpleasant  experience.

It is VERY unfortunate, however, that the Shingrix study did not go head-to-head with the shingles prophylactic products we (may) have been using so far: acyclovir and valacylovir, especially since these two old and cheap ‘war-horses’ also came from the past GSK product development pipeline. This leaves us in the dark now as to what is best: going for 2 doses of Shingrix vaccine or continue the daily popping of the pills we’ve grown used to.

I would like to suggest that you discuss long-term prophylaxis against shingles with your specialist and decide whether to do nothing, stay the course with the oral antivirals (acyclovir or valacyclovir) or go for the Shingrix vaccine.