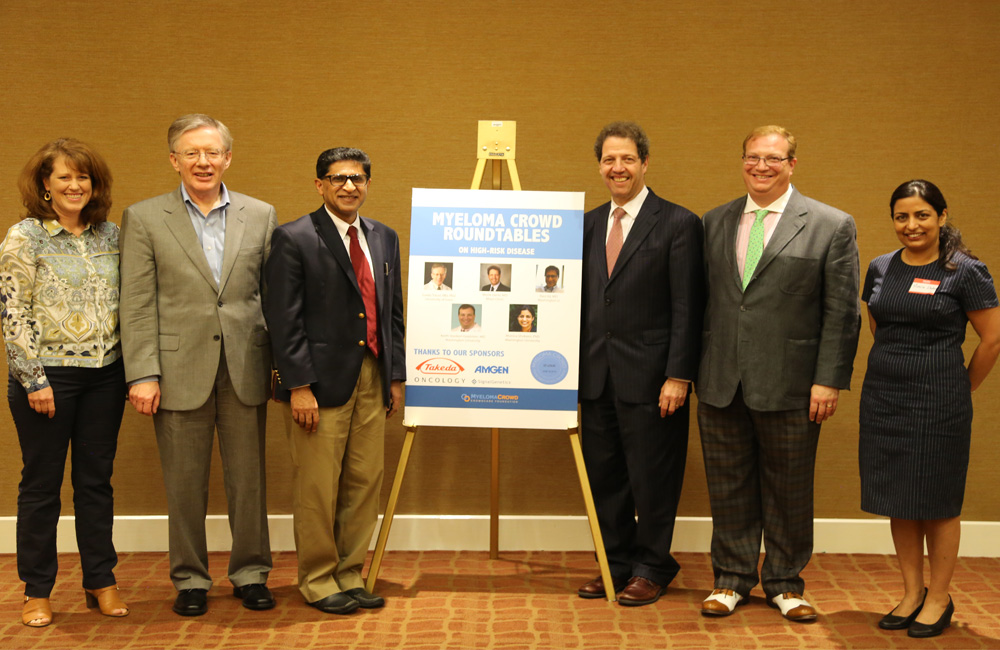 Thanks to our episode sponsor Ask the Myeloma Experts Myeloma Crowd Round Table in St. Louis December 30, 2016 Summary It's a rare opportunity to have a panel of myeloma experts available to answer any patient question that may be asked. Experts at our Myeloma Crowd Round Tables answered common patient questions at our meeting in St. Louis. Listen in to learn more about a wide variety of topics with experts who have over 80 years treating myeloma including: Guido Tricot, MD, PhD (University of Iowa), Morie Gertz, MD (Mayo Clinic), Keith Stockerl-Goldstein, MD (Washington University), and Ravi Vij, MD (Washington University). Thanks to our Myeloma Crowd Round Table sponsors: Takeda Oncology, Amgen and Signal Genetics

Full Transcript Thank you for joining us on today’s show on Myeloma Crowd Radio. I’m your host, Jenny Ahlstrom.

We’d like to thank Takeda Oncology for their support of this episode.