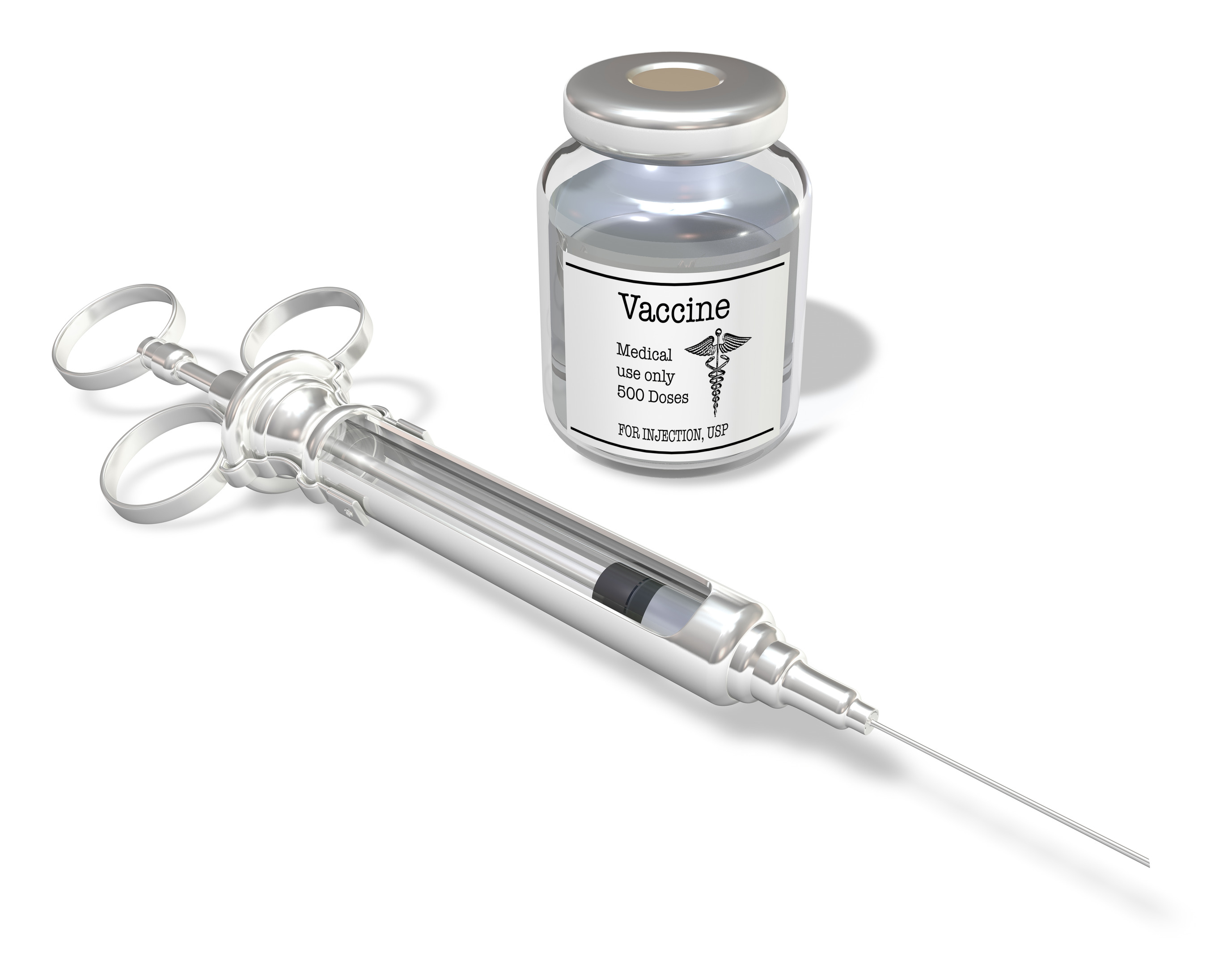 Give it a Shot: Myeloma Vaccines

The allure of myeloma vaccines is incredible. Just a shot to make a patient's own immune system tackle and take down myeloma? It seems too good to be true. Several researchers are now looking at the role of vaccines in myeloma and they are making progress. Vaccines in myeloma have been used after transplant to help boost the immune system and prevent future infections. Myeloma specialists note that they are best used when the tumor burden is low, so many are being used in combination with transplantation. Some are even considering them for use as maintenance therapy. Dr. Aaron Rapoport , an expert on T cells in myeloma, shares some history and findings about the use of vaccines in cancer treatment:

Another strategy (to stimulate T cells to do their job killing foreign invader cells) has been to use vaccines to take cancer cells or proteins that are expressed in cancer cells and to inject those into the body with the idea that one would then be able to reawaken or activate the T cells within the body against that vaccine. And then that activity, that activation of the cells, could then transfer over to the cancer cells. So if you take a protein or a marker that’s present on the cancer cells and you make a vaccine out of it, then you inject that into the patient, the hope is that the body’s immune cells would see that injected material, react to it, and then the reactivated or activated cells would then carry over to the cancer itself, the myeloma itself, that is expressing that same marker. Those strategies have had some measure of success, but overall, they’ve been somewhat disappointing. The impact on the disease, on myeloma and other forms of cancer in which it’s been used has not been as strong as was hoped. I think that part of the reason is that the cancer’s ability to suppress the body’s immune system is really very strong, and the numbers of T cells within the body at any one time that are able to recognize and attack the cancer is relatively small. It’s just been very challenging. It’s been very difficult to use vaccines and merely expanded cell populations to overcome the inhibitory and suppressive effects of the cancer and to attack the cancer.

Although historically they have not been completely effective in killing large tumor burdens of myeloma, they have been used to boost the immune system to prevent further infection after transplant, when the immune system has taken a hit. For example, by using the pneumococcal vaccine, future pneumonia occurrence might be avoided. But several researchers are now talking about vaccine use in myeloma therapy.  Dr. Robert Z. Orlowski , MD, PhD of MD Anderson Cancer Center describes new work being done with a peptide vaccine by OncoPep, even for smoldering myeloma.

Also, in the immunotherapy category, I would put things like vaccines. One example that I’ll give you — this trial is currently closed, but will reopen soon — there is a study that we’re doing in collaboration with the folks up at the Dana-Farber among other places where we’re using a peptide vaccine to try to improve the immune response against myeloma in patients with so-called smoldering disease or used to be called also asymptomatic myeloma. The peptide vaccine is basically the same as a flu shot in terms of the way it’s administered and the difference is that the peptides, instead of representing part of the flu virus, these are peptides that represent myeloma cells. The hope again is to boost the ability of the patient’s own immune system to recognize that they have these abnormal myeloma cells that need to be killed. And in the near future, that will reopen in combination with lenalidomide because these immunomodulatory drugs, we feel, will help the vaccine to work better.

In the world of myeloma, an interesting study was performed on a vaccine by Vaxil called ImMucin. As described by Dr. Michael Shapira, who ran a Phase II study on this drug, it acts against an oncoprotein called MUC1 that is present in about 70% of myeloma patients and other solid tumors. Dr. Shapira describes the target and the treatment:

MUC1 is an oncoprotein. That means that this is a protein that should not be on a regular cell, but is exists on several types of cancer cells, among which is myeloma, but not only. Some several solid tumors also express MUC1. Not all tumors in the specific type express MUC1. For example, in myeloma, not all myelomas express MUC1, but we developed an interest in this oncoprotein and we're not the only one. We wanted to make a vaccination against that hoping that the immune system will help us fight against myeloma.

The results were very interesting.

What we aimed to do in this study is to first of all assess the feasibility of finding patients which are suitable for this vaccination, meaning to see whether we can find patients that are MUC1 positive, and this was successful. We found 15 patients out of the 19 patients that we sampled. We wanted to see the safety of this drug because it was never tried in humans. We found that the drug was very safe. The side effects were very limited in a very short while. It was very easy to use this vaccination and we really didn't see any outstanding or longstanding side effects. We wanted to see whether we'll be able to get immunity against MUC1, specific immunity against MUC1. We found that all patients responded to the vaccine. This was actually truly amazing for me because peptides are known to be very low inductors of immunity, so I was really astonished by the fact that all patients developed specific immunity against the imMucin. We had the control to show that this is specific and not just generally increased immunity. And so, these were the main aims of the study. We had a secondary aim, to see what these vaccinations will do clinically, meaning to the myeloma. This was not the aim of the study because if you want to assess that, you'll need truly a large number of patients, which is the next study we're planning, but this study was aimed against safety and immunogenicity, and this was the number of certain patients we needed. But this very limited and small group of patients, we saw that 11 out of the 15 patients with myeloma responded clinically to the vaccination. We had eight patients with a stable disease for several months and three patients that achieved CR (complete remission). I think two achieved stringent CR (complete remission). We're just finalizing the paper to be submitted for a journal. Currently, which is I think  approximately two years after we started the study, we still have four patients out of these 11 patients that responded that are still with an ongoing response. They received no standard therapy against myeloma, no proteasome inhibitors or IMiDs or chemotherapy, and most of them are a long while after the last vaccination. They are on practically no maintenance. They had maintenance of the vaccination. I think the last patient was about a year ago, but we have other patients that are close to three years. And since the end of the vaccination that was for the first patient, which was about two and a half years ago, they get no treatment and are still with ongoing response. So I think if we're looking at the myeloma field, it looks like a very promising maintenance because it's very easy to get, the side effects are very limited and don't necessitate  admissions in an outpatient clinic or any injection and doesn't suppress the marrow. It's very interesting.

Below are links to open clinical trials using vaccines in multiple myeloma. They show the various ways in which vaccines will be used in the future, either alone or in combination with other therapies;  to strengthen the immune system or to make myeloma therapies more effective. It's a great goal with an even greater promise. Id-KLH Vaccine + T Cells Allogeneic GM-CSF Vaccine and Lenalidomide in Treating Myeloma Patients with Near Complete Remission Blockade of PD-1 in Conjunction with Dendritic Cell/Myeloma Vaccines Following Stem Cell Transplantation WT1 Analog Peptide Vaccine in Patients with Multiple Myeloma Following Autologous Stem Cell Transplantation Combination Immunotherapy and Autologous Stem Cell Transplantation for Myeloma Phase 1/2a Study of Cancer Vaccine to Treat Smoldering Multiple Myeloma CT7, MAGE-A3, and WT1 mRNA-electroporated Autologous Langerhans-type Dendritic Calls  Exploration of Immune Response to Early PCV13 Vaccination in Conjunction with Autologous Transplant Vaccine Therapy with or without Cyclophosphamide in Treating Patients with Recurrent or Refractory Myeloma Tadalafil and Lenalidomide Maintenance With or Without Activated Marrow Infiltrating Lymphocytes (MILs) in High Risk Myeloma