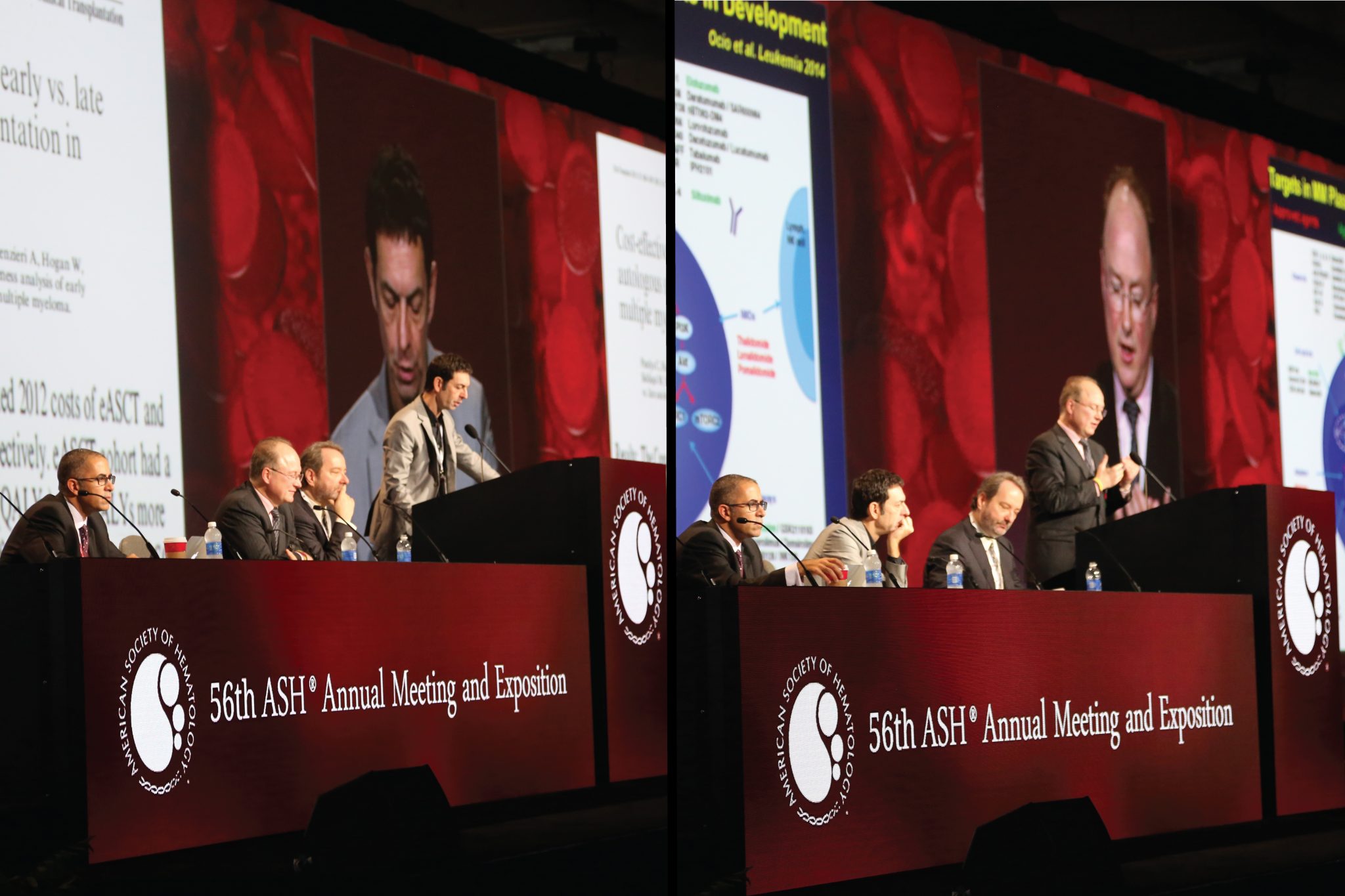 The Great Debate - ASH 2014 - A Question of Innovation

This year's ASH 2014 conference started early Saturday morning with a main myeloma session called "Myeloma Controversies in Therapy."  Although stem cell transplant has been used as standard therapy since the 1960s, some wonder if the new drugs will be able to eliminate the use of transplant in the standard treatment of myeloma. There are as many opinions on this topic as there are myeloma doctors, and the two presenters, Dr. Philippe Moreu of the IFM in France and Dr. Paul Richardson of the Dana Farber Cancer Institute both spoke passionately about their own opinions in current approaches to therapy while Dr. Robert Orlowski moderated the discussion. Dr. Philippe Moreau - Use What Works Dr. Moreau began by emphatically stating that transplant has and always will be an effective tool for myeloma care. He began by discussing the historic success in doing autologous stem cell transplant early in the course of the disease along with consolidation and maintenance therapy. His presentation included data showing that 58% of standard risk patients could achieve complete or stringent complete remission and that 68% of patients were MRD negative after such treatment. He displayed results from Europe and the US showing that early, high dose treatment was consistently effective.  He emphatically stated that if the medical community thought transplant would be removed from the "standard of care" for myeloma and replaced with the newer options, "you are wrong." He showed a dip in the number of transplant procedures done over a multi-year period, with 2000 seeing the biggest dip. He commented that when the newer therapies came out, everyone turned to them to replace transplant, but that the number of transplants was now at higher levels than ever before, with a surge in popularity due to their effectiveness. He showed statistics showing that when given early, using transplant even for older patients has a 90% feasibility rate, but if delayed until later in the treatment when drugs are no longer working and other health concerns are present (like end organ damage), transplant was at less than a 70% feasibility rate. It was clear he was convinced that autologous stem cell transplant was the best up-front approach to myeloma care today. He acknowledged the challenge of treating some ultra high risk (especially with high LDH levels or poor cytogenetics, like a p17 deletion) with the use of transplant because in some cases it just doesn't work. Of course he is not opposed to using newer therapies but thinks the transplant option at the get-go is a safer bet because we know it works for many patients. Dr. Paul Richardson - Push Forward Dr. Richardson presented a very different approach, favoring the use of newer therapies in clinical trials as the first therapy. He wonders if we can do things in a different way to avoid toxicities, or at least understand who can tolerate the toxicity and who cannot. He described the need to test the new therapies that show great promise in clinical trials. He noted the importance and proof of using proteasome inhibitors as induction therapy. He said that the initial treatment could be based on a patient preference approach, but that the treatment should always use a 3-drug platform, no matter what type of myeloma patient or their cytogenetics. A single drug will not cure this disease. He asked if when we reboot the immune system via transplant, are we changing the bone marrow at the same time, and do we know if that effect is a good or bad thing? He noted that we don't yet have the tools to make that determination. Part of the benefit to running clinical trial studies in the United States is the ability for many centers to have access to a large number of new drugs. That's tougher to do in Europe, so the US has the luxury of taking more bets on a wider number of therapies. Not a Treatment Question, but a Question of Innovation Their debate was jokingly at odds, but respectful - this is a community that wants badly to find a cure. For me, it was not a debate about which specific treatment treatment protocol to choose, but a challenge for how progress should be handled. When you have effective treatments that work for most patients, but there is no cure, how do you transition to newer and potentially more effective therapies when there isn't years of data to support its use? It begs a lot of questions for patients to consider. I think they were both right. We have an effective therapy that can extend time until we find a cure, but we desperately need a cure. We need to join clinical trials to push the envelope. In my humble patient opinion and as an advocate of clinical trial participation, I believe it is a combination of using the best available therapies that can extend life in order to give us more time TO find a cure and at the same time participating in clinical trials that can move the field forward quickly. The two are not mutually exclusive. I chose a "standard" therapy but participated in three clinical trials doing it. My next therapy choice at relapse will be a clinical trial. Clinical trials are the safest way to test and discover new treatments and we should consider one at every stage of our disease, whether we've just been diagnosed or are seeing a myeloma relapse. Ask your doctor about clinical trials, read our clinical trial posts, listen to past editions of mPatient Myeloma Radio or get brave and go onto www.clinicaltrials.gov and start educating yourself today to make your very best decision. 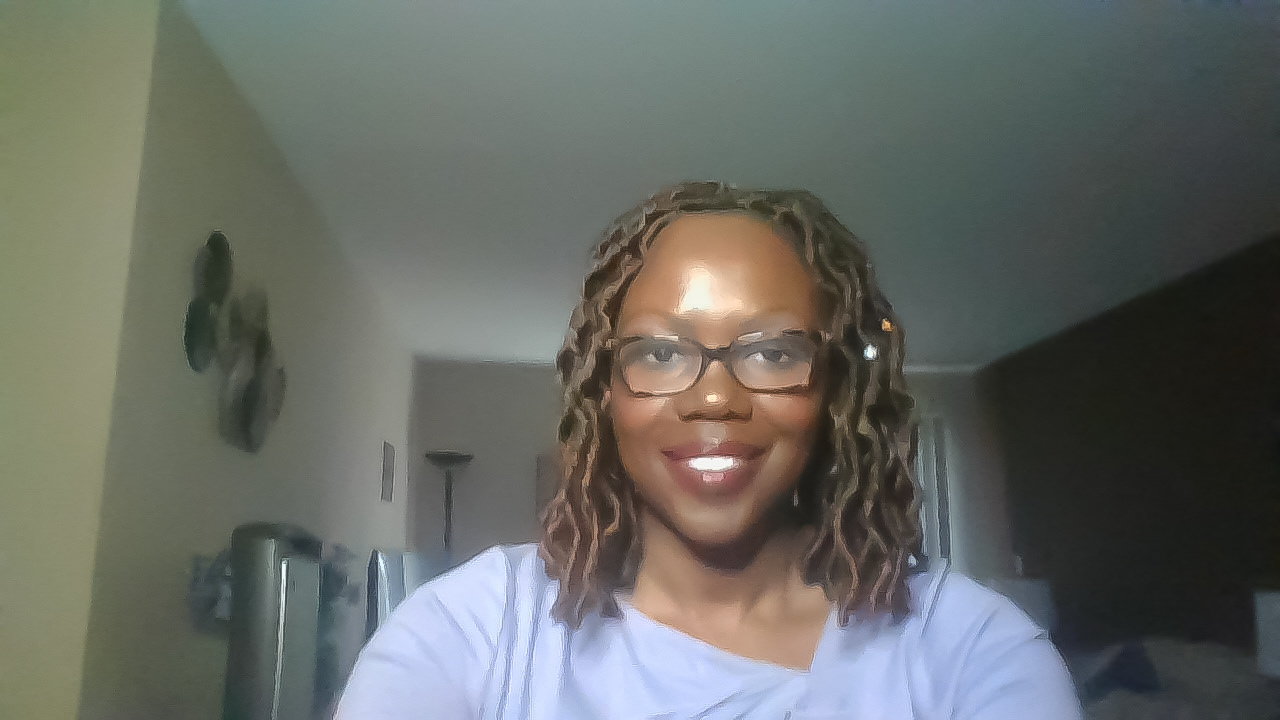 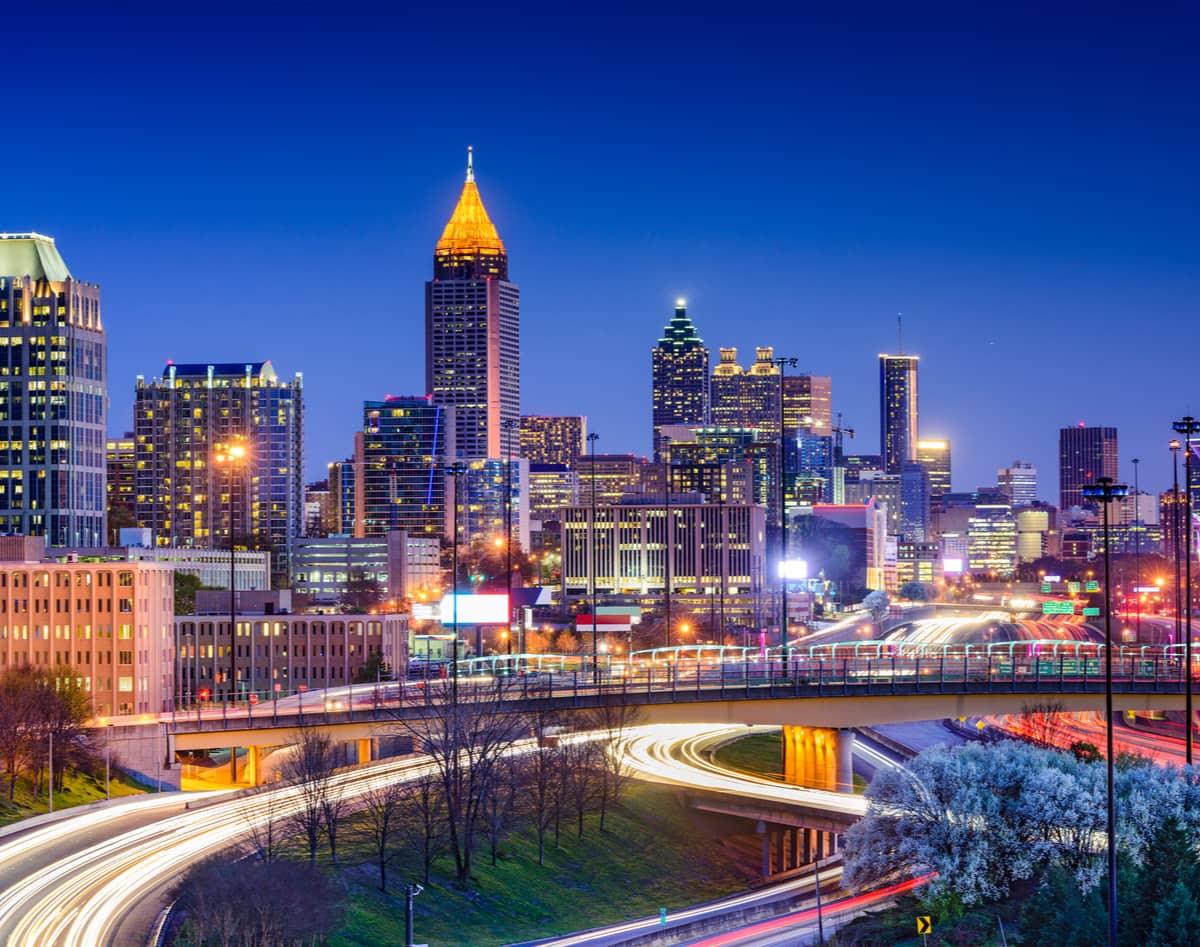 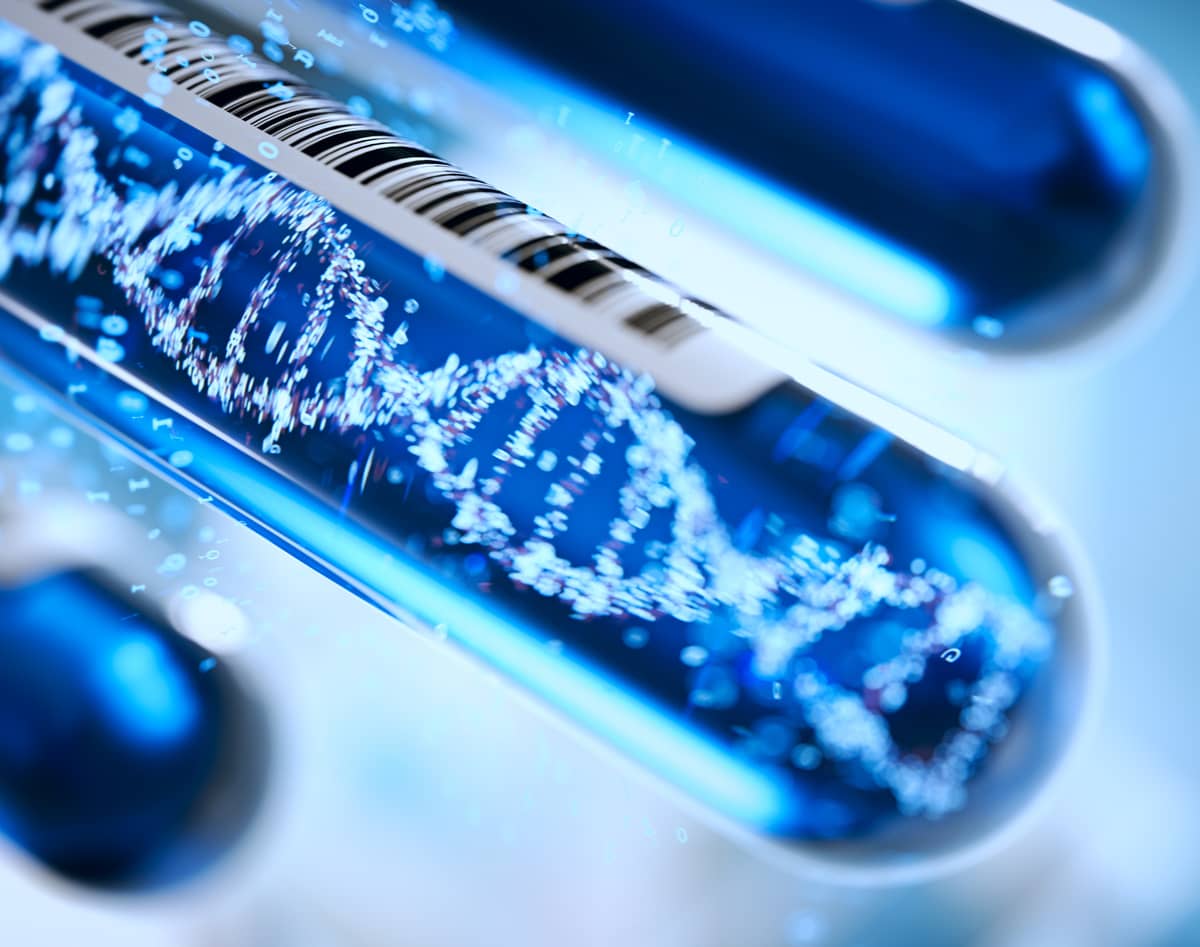