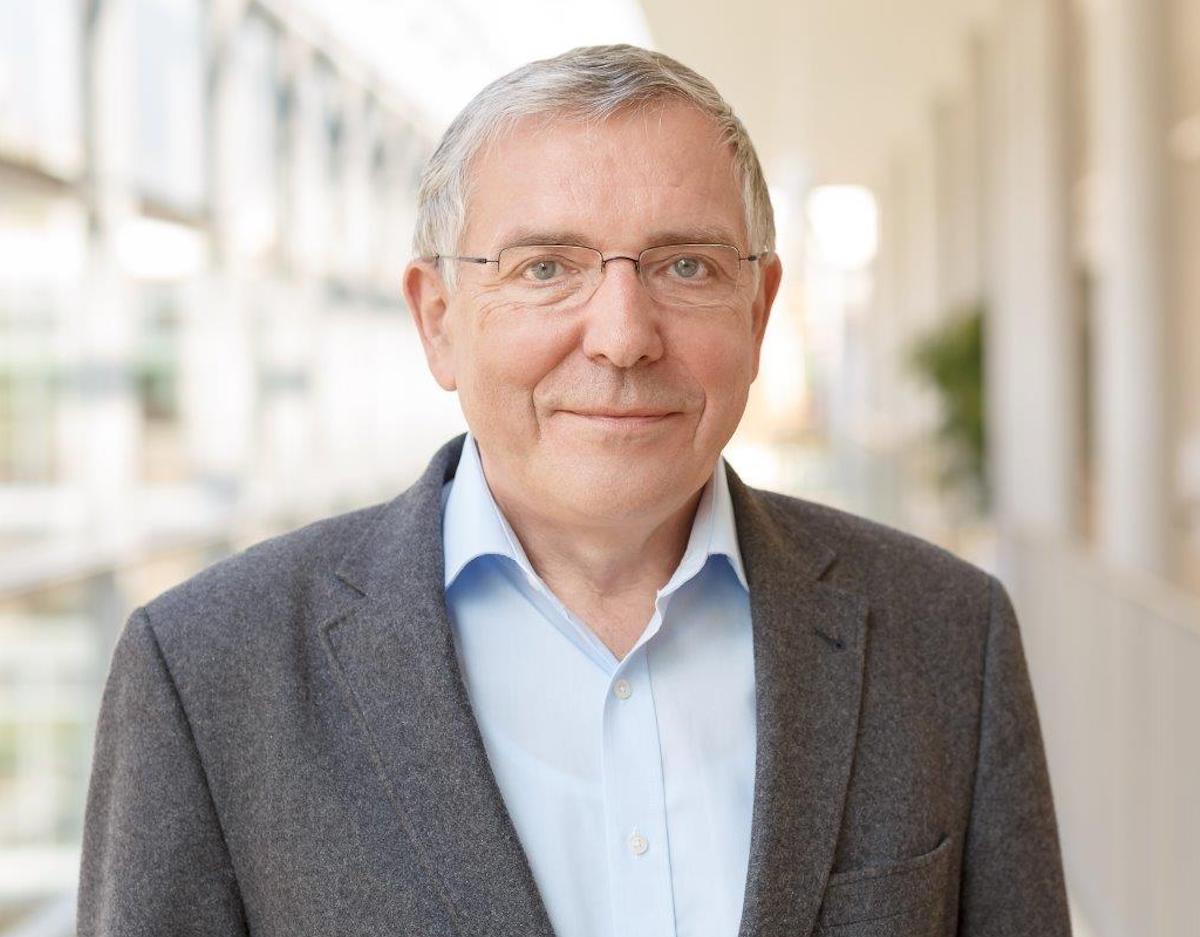 “Today, people would likely laugh about it,” recalled Prof. Hartmut Goldschmidt about his first personal meeting and in-depth conversation with myeloma icon Ken Anderson in Singapore in the early 1990s.  But it was a start.

Creating opportunities out of seemingly insurmountable challenges is what Goldschmidt has been doing quietly his whole life.

As leader of an innovative and consequential myeloma division in Heidelberg, Germany as well as a national study group, Goldschmidt has been integral in achieving the incredible advances in the field over the past two-and-a-half decades.

He and his co-workers are often invited to speak on myeloma conferences and are often sought to lead or co-lead important studies about disease mechanisms, new drugs, and how the experience of other cancers can inform myeloma treatment.  This year he summarized the current practice standards for maintenance therapy for newly diagnosed patients at the recent International Myeloma Workshop (IMW) in Vienna, Austria.

Being asked by Prof. Heinz Ludwig from Vienna to co-host the most recent IMW along with Profs. Hermann Einsele from Würzburg, Germany and Roman Hájek from Ostrava, Czech Republic is the most recent episode of Prof. Goldschmidt’s life that shows how far he’s come from his childhood behind the Iron Curtain—in distance, culture and history—near the old East German-Polish border.  It is also one more example of how far he still plans to go.

In the late 1980s, Goldschmidt was a young hematologist-oncologist at Berlin Charité Hospital, East Germany’s premier hospital, as it was in the late 19th century when it was considered the leading medical institution in the world.

When the Berlin Wall fell, few people on the eastern side of it were as close to it as he was.  One side of the of the building walls that had bricked-filled windows WAS the Berlin Wall and it was just a short distance from the iconic Brandenburg Gate.

As was standard practice then in hematology, a young Dr. Goldschmidt was expected to treat everything from myeloma to lymphoma to leukemia and all the variants in between.

When the Wall fell in November 1989, he was unsure of what the future held for him and his family.  In the early 1990s, Goldschmidt was offered a position at the storied University of Heidelberg.  It was an offer he couldn’t refuse.

There he started to question the idea of treating all hematological malignancies.  His views began to change after treating and becoming a personal friend of a myeloma patient who was a 35-year old priest.  Although the course of the disease was not good, “he was always positive.”  That short, deep friendship motivated Goldschmidt to become more interested in myeloma.

Upon the recommendation of his senior physician in Heidelberg, Prof. Rainer Haas, Goldschmidt applied for and was accepted for an International Myeloma Foundation travel grant to attend a meeting in Singapore—his first ever outside of German—and he would have the opportunity to meet with top myeloma experts!

It was there that he had his fateful meeting with Ken Anderson from the Dana-Farber Cancer Institute, arguably one of the three pioneers in the history of myeloma research.  On his return trip to Germany, Goldschmidt had the opportunity to meet with James Berenson and Robert Vescio in Los Angeles, and most importantly, Bernard Klein from Montpelier, France.

He realized that his primary interest was in myeloma and specializing in specific diseases was just something that wasn’t done in Germany in those days.

That changed a lot after he spent half a year working with Bart Barlogie in Little Rock, Arkansas in the mid-1990s.  He “almost moved to Little Rock” after seeing up close how a world-class center of excellence focusing on myeloma worked.  And what he saw confirmed and strengthened his conviction to do much the same in Germany.

Goldschmidt began focusing on myeloma and building a team of clinicians and researchers to work with him.  He was the first to use thalidomide in myeloma treatment in Germany, something that was fairly controversial at the time because of the country’s horrific experiences with the drug in the early 1960s.  More importantly, he investigated its safety and therapeutic effects in clinical trials much as Barlogie did.

In addition to the groundbreaking idea implementing a myeloma specialty in Germany, which is now common throughout the nation, Goldschmidt wanted to drive collaboration in basic and clinical research as he had seen in Little Rock and other facilities.  That meant focusing on cooperative studies and clinical trials groups to answer specific questions posed by the disease.

GMMG has since collaborated with the HOVON group Netherlands, especially with Profs. Pieter Sonneveld and Henk Lokhorst.  He has had additional collaborations in France, Austria and nations throughout the world.

Many of Goldschmidt’s students have gone on to prestigious postings and are still working in myeloma including Drs. Jens Hillengass at Roswell Park in Buffalo, NY, Maximilian Merz at the University of Leipzig, and Kai Neben in Baden-Baden.

In the next of this two-part story, we will take a look at Prof. Goldschmidt and his team’s research interests in Heidelberg, with the GMMG, and other groups in this and coming years.