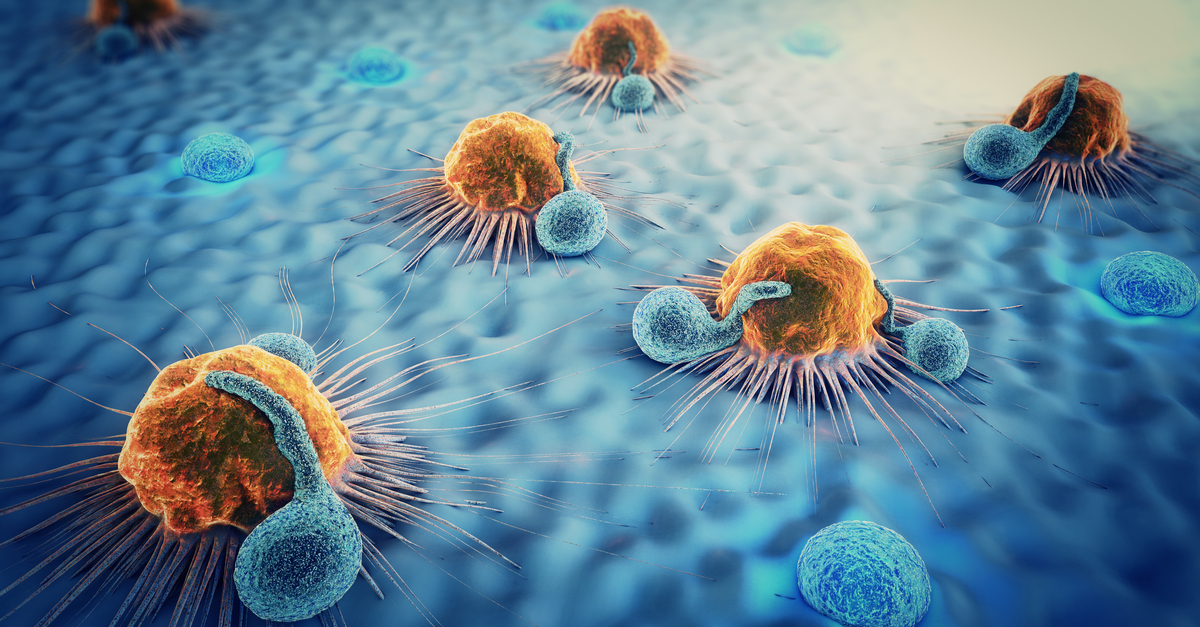 Inflammation that promotes tumor growth and the ability to hide from the immune system are hallmarks of all cancers. A recent multiple myeloma study published in Cancer Cell showed that a molecule called IL-18 suppressed the immune system, creating a bone marrow microenvironment that encouraged myeloma growth.
The study was performed in 152 myeloma patients, led by researchers who study myeloma genetics in Australia, France and the Mayo Clinic in Scottsdale, Arizona. High levels of the IL-18 molecule were associated with worse survival. Researchers found that the IL-18 molecule promoted myeloma progression because it generated Myeloid Derived Suppressor Cells (MDSCs) . MDSC cells are increased in states of cancer, inflammation and infection.  These MDSCs driven by the IL-18 were key players that allowed the myeloma cells to evade the immune system.  In the lab, mice which were deficient for IL-18 were remarkably protected from Vk∗MYC myeloma progression. MYC is the master regulator of cell growth in myelom and other cancers, so the relationship between the IL-18 and the MYC is important. Study author Leif Bergsagel, MD, PhD notes:

“Interleukin 18 is a key driver of inflammation, immunosuppression and tumor progression in multiple myeloma. These studies suggest it may be possible to develop an antibody to IL-18 that can break this vicious cycle in patients leading to improved immunity and better disease control."

There are existing IL-18 antibodies today, so variations on those or new IL-18 antibodies may be useful in treating the disease.
Find more myeloma news and information on www.myelomacrowd.org