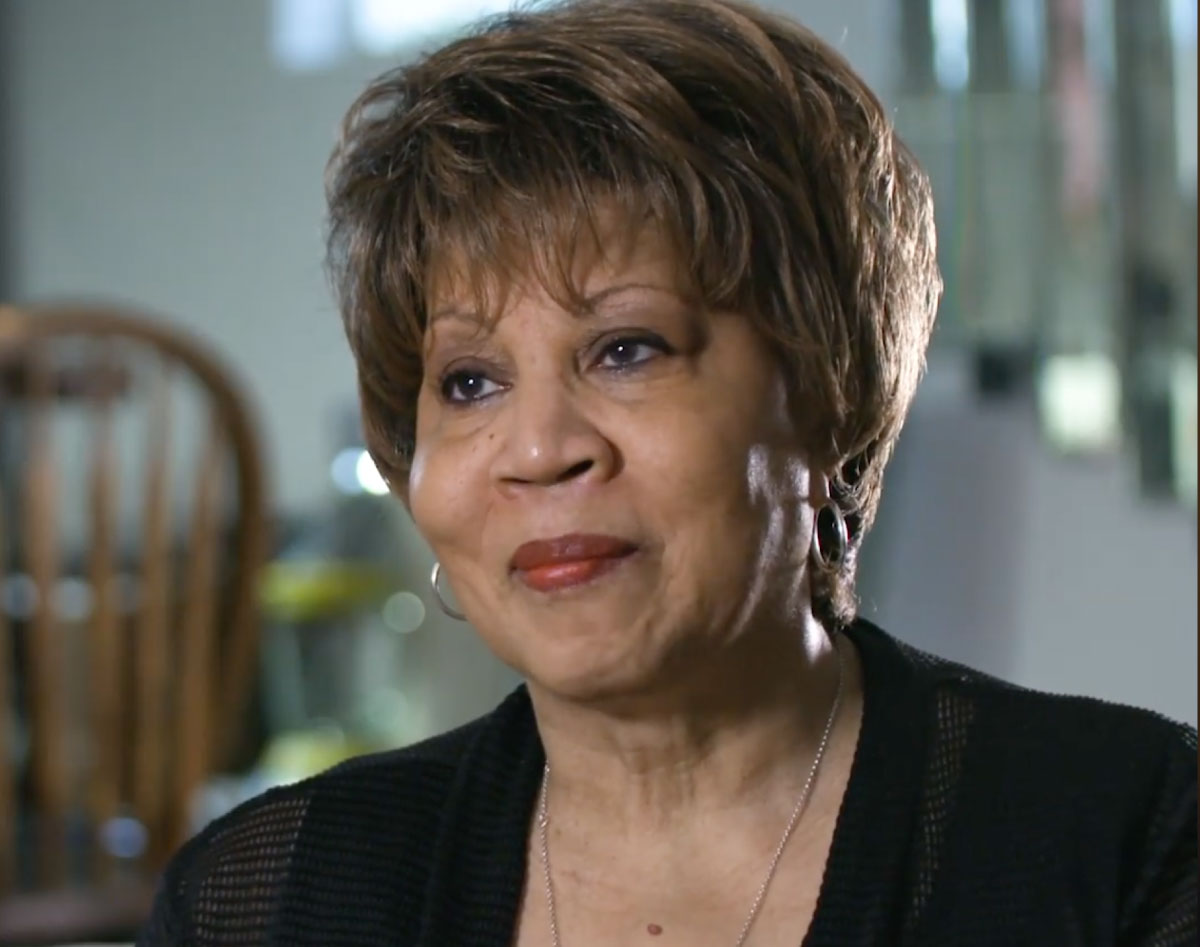 Cheryl Boyce, a pioneering leader in minority health education, advocacy and awareness and a 22 year survivor of multiple myeloma, passed away on August 25, 2020 in her adopted hometown, Columbus, Ohio.

Cheryl was diagnosed with multiple myeloma in 1998.  When initially treated by a doctor who wanted to "watch" her myeloma, she asked, "What are we going to do, watch it grow?" Her self-advocacy led her to demand care from better doctors that included Dr. William James Hicks, a hematologist-oncologist at the Ohio State University’s (OSU) James Cancer Hospital and Solove Research Institute—whose wife died of myeloma—and his colleagues Drs. Craig Hofmeister and Don Benson.

After she started her treatment at The James, Cheryl understood the value and importance of getting a second opinion. She traveled to Little Rock to consult with Dr. Bart Barlogie’s team. While sitting in the waiting room, she asked herself, “Why am I the only black patient here?” Although she later met a few, it sparked an idea that ultimately led to the birth and creation of one of her great passions: the creation and annual organization of the annual Hicks Harris Ferguson Multiple Myeloma Symposium, arguable the national’s premier myeloma education event focused on the African American community. The 10th Anniversary event was cancelled earlier this year due to the COVID pandemic. Read more about that here.

One of her great passions was the creation and organization of the annual Hicks Harris Ferguson Multiple Myeloma Symposium, arguably the nation’s premier myeloma education event focused on the African American community. The 10th Anniversary event was cancelled earlier this year due to the COVID pandemic.

Cheryl was one of the few patients who understood what she had when her diagnosing physician told her she had myeloma. She had already held many positions in the health and human services field including Coordinator of the Ohio Governor's Task Force on Black and Minority Health, Program Director and Associate Program Director for Advocacy and Protective Services and having worked in the Ohio Department of Health and the Rehabilitation Services Commission. She met a number of African American myeloma patients through her work.

When she left government service, Cheryl made a lasting contribution as founding Executive Director of the Ohio Commission on Minority Health (OCMH) in 1986 through her retirement in 2010.

The Commission was the first state agency in the nation created exclusively to eliminate health disparities for minorities and she worked with agencies in more than 30 states to replicate her model. She organized the first Minority Health Month in 1989 in Ohio and served as a mentor to Ronald Browder, director of the Ohio Federation for Health Equity and Social Justice, and Yvonka Hall, who founded the Northeast Ohio Black Health Coalition.

“Cheryl Boyce was a fearless advocate on behalf of communities of color and those suffering from the effects of poverty.  She dedicated her life towards the goal of eliminating disparities. Her own struggle with multiple myeloma did not deter from her battle to improve the health outcomes of others.” Ronald Browder

Cheryl’s faith was central to her life.  She combined her professional passion and active membership in the St. Paul African Methodist Episcopal Church in Columbus to later serve as the chair of the Health Commission for the 3rd Episcopal District of the AME Church, an administrative region which covered Ohio, West Virginia, and western Pennsylvania that gave her an opportunities to influence national and international leaders in the church.

Cheryl was born in 1949 and was raised in East St. Louis, Illinois. She was inspired to dedicate her life to a career in public health by the premature, preventable, death of her father from a heart attack when she was 14 years old. She earned a BS in Health education from Southern Illinois University at Carbondale and a MS in Health Planning and Administration from the University of Cincinnati, where she met the love of her life, Russell Boyce. They married in 1975 and had one child, Ebony Boyce Carter, who is an Assistant Professor of Obstetrics and Gynecology at Washington University in St. Louis, Missouri.

I worked with Cheryl on patient advisory boards and on the PROMISE study, the largest screening study in the world to identify those with precursor conditions like MGUS and smoldering myeloma.  Cheryl was a vocal advocate and articulate in explaining issues felt by all patients and particularly issues facing the black myeloma community.  Even as her breathing issues became a larger problem, she continued to travel to advocate for myeloma patients, with her devoted husband Russell who helped her travel in a wheelchair and oxygen tank in tow.

Cheryl acknowledged the challenges of myeloma but never complained about her disease.  She  was instrumental in launching HealthTree and was featured in one of the program’s early videos, one we can watch now while laughing and crying together.

Cheryl was not one to dwell on the negative in her life and avoided pity parties.  She was confident and beautiful, inside and out.

"Cheryl was a strong, insightful and caring advocate. Her unique perspectives were always welcomed and eye opening.  Besides being an advocate in the myeloma community, Cheryl was my friend. I will miss her warm personality and mentorship dearly." Cynthia Chmielewski.

"Cheryl was an incredible woman in so many ways, and we’ll always be grateful for her dedication to the underserved. We are truly grateful for her selfless commitment to advocacy, unapologetically driving us to do better, to truly listen to the voice of the patient and to take action to have a positive impact." Scott Campbell and Fatima Scipione, Takeda Oncology Patient Advocacy

Cheryl was my personal friend, a friend to all myeloma patients and one who spent her life in the service of others.  Our prayers and love are with her family—and her Hicks Harris Ferguson family—at this time.  Cheryl was loved, respected, and revered by many and she will be greatly missed.

Craig - I met Cheryl close to 10 years ago through Nancy Kaufmann and MMORE. Cheryl was an advocate for both myeloma patients and for the black community, and was one of the few advocating from that intersection. We were blessed for the time we had with her, time she spent trying to move the needle in a positive direction.

Reply from Audrey - Thank you so much for sharing!