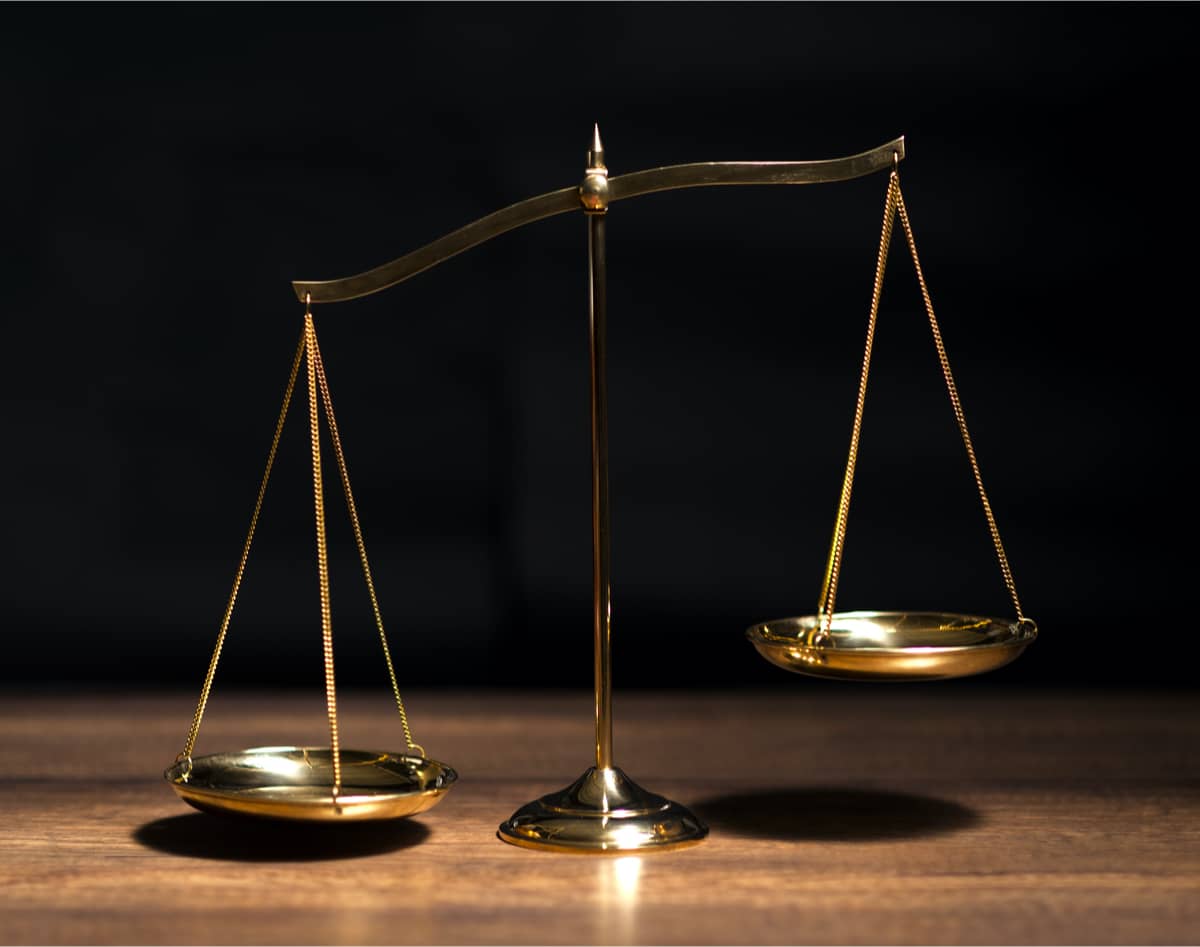 The process of making treatment decisions usually involves comparing treatments; their side effects and outcomes to determine what is the best choice for you. This is especially important for newly diagnosed patients who are choosing their induction therapy. If our first remission is our best and longest-lasting, then what should we choose?

Recently at ASH two myeloma specialists were assigned sides to compare the efficacy and outcomes of three versus four drug induction regimens for newly diagnosed myeloma. The standard of care has been a three drug combination followed by autologous stem cell transplant. The approvals of daratumamab and Kyprolis have provided additional options. So which is better, three or four drug combinations? The overarching consensus is that quad therapies may be the new trend for treatment according to myeloma experts.

Dr. Hearn Jay Cho, MD of Icahn School of Medicine at Mount Sinai shared research on triple therapy. Before considering any treatment it’s important to consider your goal from that treatment whether it is depth of response, duration of remission, etc.  Also take into consideration the role of transplant, eligibility for treatment, and co-morbidities.

What triplet therapies are available and how effective are they? The current standard of care consists of a triplet combination with a proteasome inhibitor, immunomodulator combined with dexamethasone for induction followed by autologous stem cell transplant.

Comparison data from several triplet combination trials with or without transplant are included in the following table:

*Editors note* an alternate source cites a different progression free survival for those treated with KRD in the ENDURANCE study.

The DETERMINATION Trial (IFM/DFCI 2009) compared RVd alone vs. RVd with transplant with the following updated results reported at ASH 2020:

Does the addition of a fourth drug improve the response rate? Two recent studies compared the results of treatment with triplet combinations with the addition of daratumamab. Dr. Paul G. Richardson of Dana Farber Cancer Institute shared research on the evolving role of quadruplet therapy in the front line setting for newly diagnosed myeloma.

The CASSIOPEIA study considered treatment with bortezomib/thalidomide/dexamethasone (VTd) with or without daratumamab before and after Autologous Stem Cell Transplant for newly diagnosed myeloma with the following results:

The GRIFFIN study considered the addition of daratumamab to Revlimid, Velcade, dexamethasone (RVd)  to RVd alone for transplant eligible newly diagnosed myeloma with the following results:

Dr. Chen concluded that the addition of daratumamab for a quadruplet therapy demonstrates excellent overall response, however the progression free and overall survival benefits are not known, nor is the benefit detected for high risk patients. There is a greater risk for cytopenias (lower-than-normal number of blood cells) with daratumamab. Triplet therapies continue to have well established results and better safety for induction therapy. Sequencing of triplet induction followed by ASCT, then use of daratumumab and lenalidomide maintenance may produce the most optimal results and benefit high-risk patients.

There are over twelve approved agents to treat myeloma. How do we best sequence the available therapies to achieve the best outcomes? The treatment of younger transplant eligible patients with induction, autologous stem cell transplant and maintenance still applies, however what is the role of  intensification and consolidation treatment? As the frontline therapies are evolving, the level of toxicity of the combinations used need to be considered.

Side Effects and Tradeoffs

The core question is if triplet therapies with transplant are better or if quad therapies without transplant (or delayed transplant) would be equally effective and less toxic. The IFM/DFCI study also looked at acute toxicities and their impact on quality of life for those who receive an autologous stem cell transplant. 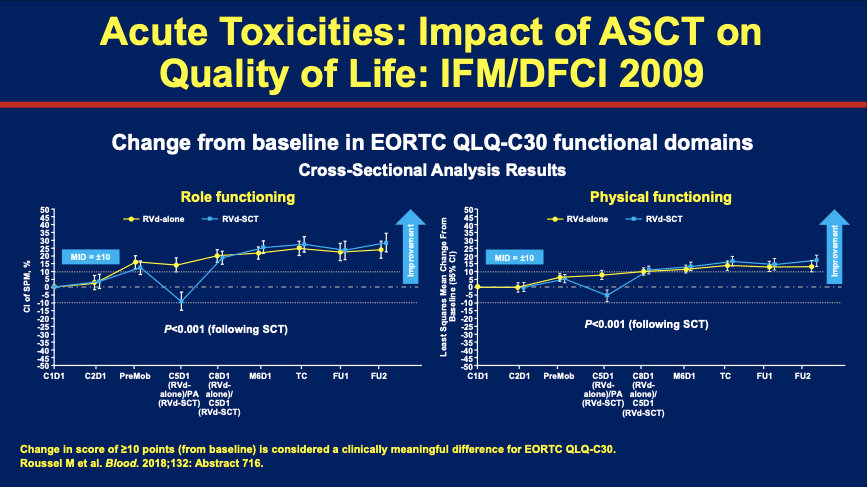 Transplant impacts quality of life, risk of secondary malignancies and melphalan may increase the mutational burden in myeloma cells at relapse, all of which must be taken into consideration.  Dr. Richardson suggests using biological approaches to further improve outcomes, as was seen in the GRIFFIN study with the addition of daratumamab….”when transplant is used results are superb.”

Dr. Richardson concluded that quadruplet therapy is the view of the future. Use of triplet therapy with a proteasome inhibitor, immunomodulator, steroid and antibody added can enhance the quality of response and achieve MRD negativity to avoid upfront transplant.

Knowledge and understanding of this research can guide discussions with your myeloma specialist in determining which of the many approved treatment options are best for you.  Navigating a new diagnosis of myeloma can be overwhelming.  We have established six steps to help you take meaningful action and reduce your anxiety.