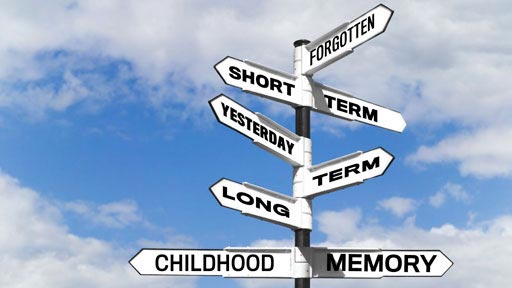 Is There a "Fix" for "Chemobrain?" Psychotherapy May Help.

BY LIZZY SMITH I've written about "chemobrain" before but here I go again. I can't help pointing out that it is real because I suffer from it and sometimes I feel I need validation. So, the latest... The other night, my husband, Bill, and I went bowling with friends. We love this bowling alley, Pins & Ale, because no kids under 21 are allowed and they have a great bar and decent food. Also, two couples can get side-by-side lanes and by following the scoreboard, a player might be bowling in different order and on a different lane throughout the game. So it was my turn. I knocked down nine pins on my first attempt. On my follow-up turn, I knocked down eight. What? How is that possible, considering there are only 10 pins to begin with? Because I forgot which lane I was bowling on and bowled on the wrong lane. I was totally confused, we all laughed. (Yes, I was sober.). I chalked it up to "chemobrain," which I have written about before and something that I struggle with. The things I forget are, well, sometimes kind of scary. But help may be on the way. I found this article in CURE magazine,  New Psychotherapy May Help Fight Chemobrain in Cancer Survivors by Andrew Roth that talks about psychotherapy that appears to be effective in combatting chemo-induces forgetfulness. According to the article, a recent study states that some 25 to 40 percent of chemo patients experience “persistent mild to moderate cognitive changes.” The novel therapy explored in this study to fight chemobrain is called Memory and Attention Adaptation Training (MAAT). It is designed to help cancer survivors in four areas: education, self-awareness, stress management and cognitive compensatory strategies. Ultimately, the objective of MAAT is to “optimize behavioral, cognitive and emotional adaptation” to living with chemobrain. “The hypothesis was that compared to controls, we would have improvements in self-reported cognitive function as well as neuropsychological outcomes — verbal memory and processing speed,” said Robert J. Ferguson, a clinical psychologist who led the research effort at Eastern Maine Medical Center and Lafayette Family Cancer Center in Bangor, Maine, in an interview with CURE. For the study, 22 patients were randomized to MAAT and 13 to videoconference supportive talk therapy. MAAT was delivered by Ferguson while Sandra T. Sigmon, the second author on the study and also a clinical psychologist, delivered the supportive talk therapy. Survivors on both arms of the study received therapy for eight weekly visits of 30 to 45 minutes each. Here are excerpts from the article:

The first component of MAAT, education, is a common trait of any cognitive behavioral therapy and is put in place to make survivors aware of the possibility that other factors — such as stress, age or inattention — can contribute to memory issues. The second part of MAAT moves the patient toward taking action. As part of this, individuals are asked to self-monitor and record memory failures that bother them. “Obviously, you’re not going to record every memory failure you had,” Ferguson says. “We want individuals to identify and be more aware of — through this self-monitoring or recording process — of the situations where they're at risk for memory failure in daily life.” The third component — stress management and self-regulation — will typically include relaxation training, “cognitive restructuring” and sleep quality improvement. Finally, cognitive compensatory strategies training includes “self-instructional training, verbal rehearsal, visualization strategies, keeping an organized schedule and active listening to enhance verbal-auditory encoding,” according to the study’s authors. Survivors on the other arm of the trial — those receiving supportive therapy — worked on building an alliance with their physician through empathy, support and warmth, without any behavioral training. The Perceived Cognitive Impairments (PCI) questionnaire asked individuals to rate perceived memory issues over the previous week, on a scale of 0 (never) to 4 (several times a day). Survivors were also asked to rate their memory and cognitive abilities with the Perceived Cognitive Abilities questionnaire. Individuals were assessed before therapy, immediately after therapy and two months after completion of therapy. There was a trend towards benefit in perceived cognitive impairment for individuals in the MAAT group in the post-treatment analysis. That benefit became “significant” at two-month follow up, according to the authors. There was also a benefit for MAAT survivors in processing speed in the post-treatment analysis, though the two-month follow-up data were not statistically significant. At the two-month follow up, though, MAAT individuals had decreased anxiety, suggesting they “continued to build coping skills beyond the cessation of clinician interaction.” Much of this research boils down to the need for physicians to assess and treat the whole patient. Ferguson cited physical activity (primarily aerobic exercise) as a way to improve cognitive health and depression or an anxiety disorder as two conditions that can add to cognitive failures.

My biggest take-away is that chemobrain is real. Exercise, proper sleep, note-taking, and managing anxiety helps. So does the recognition by your medical team that your symptoms are real and they're willing to listen and help you cope with it. I once had an oncologist brush me off and almost laugh when I mentioned my chemobrain. It might be funny to him but it's not so much to me! Chemobrain is real. Recognizing it is often the first step in learning to navigate this side effect in our "new normal" life. You can read the full article here.