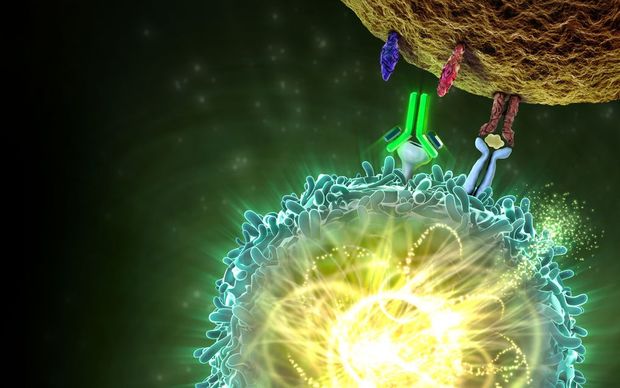 Merck & Co announced today that the FDA had placed a clinical hold on three multiple myeloma clinical trials testing its checkpoint inhibitor Keytruda in combination with standard myeloma treatments. Deaths were reported in studies combining the new drug when used with Celgene's immunomodulators (lenalidomide and pomalidomide). The trials were testing Keytruda with either Revlimid or Pomalyst and dexamethasone against the regimens without Keytruda. The Keytruda setback is a surprise, particularly after the FDA approval in May 2017 for solid tumors. The drug significantly extended survival in advanced lung cancer has has been tested in clinical trials since 2014. Merck had stopped enrolling patients in the studies that included Celgene's drugs last month after safety monitoring observed more deaths in the combination arm vs. the control arm. According to the Wall Street Journal, "the FDA said based on available data the risks of combining Keytruda with either of the Celgene medicines outweigh any potential benefit for patients with multiple myeloma/" Patients who were receiving Keytruda with Pomalyst or Revlimid will no longer take the Merck drug. The clinical trial hold will not apply to other studies with Keytruda, Merck said. The drug is currently being used in over 400 clinical trials.