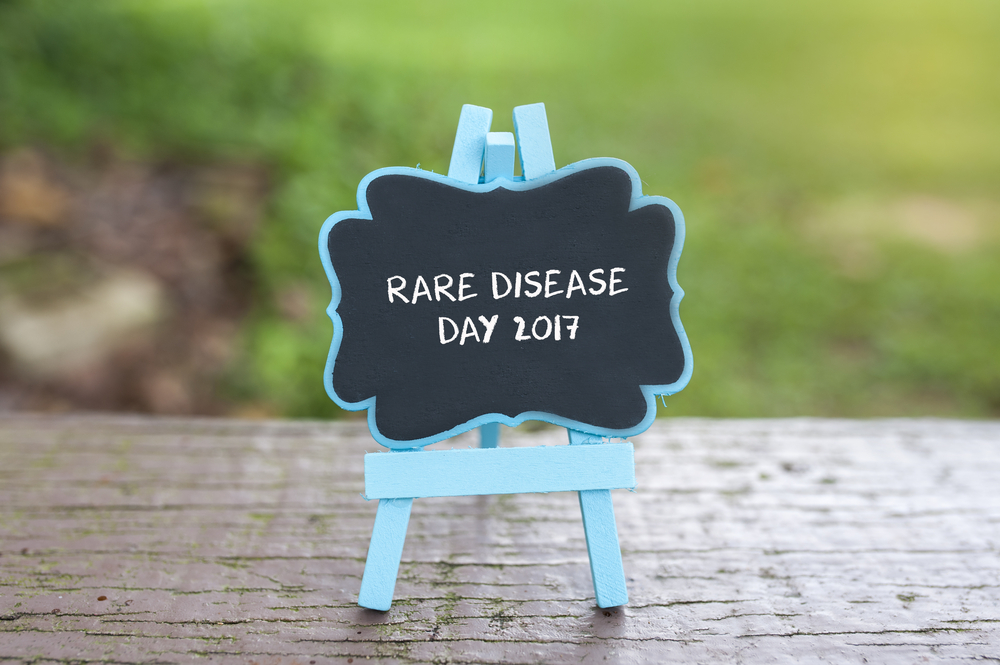 Who Knew Feb 28th Was RARE DISEASE DAY? I Didn't! We Must COME TOGETHER!

BY GARY PETERSEN I was contacted by Anna Suarez who wanted to start a partnership to help to obtain visibility for rare diseases like myeloma and mesothelioma.  It is often said there is strength in numbers, and unfortunately rare and orphan diseases do not by themselves have the numbers, but together we do.  Below is a case for a unified approach for rare diseases, and the hope that immunotherapy will play a curative role for rare diseases.  Few drugs have been developed for rare diseases because the limited numbers provide no profit potential for drug companies to spend the billions for development, but together we do have the numbers to drive change.  On a micro scale myeloma has accomplished this with the focused, unified, and consolidated approach of the IMF, MMRF, LLS, Myeloma Crowd, researchers, specialists, Pharma, and patient advocates.  This resulted in 5 new drugs for Myeloma a rare and orphan disease.  Just think what we could do with 30 million members vs 30,000. Rare Disease Day arrives on the last day of February. In the United States, a disease is considered rare if it affects less than 200,000 people. Even though individually these diseases are diagnosed in small number of people, when considered as a whole, the rare disease community includes 30 million Americans. The National Organization for Rare Disorders (NORD) has announced that the theme for this year is research. Research and Rare Disease As it currently stands, there are very few FDA approved treatments for rare diseases. In fact of the 7,000 diseases that are considered rare, 95% don’t have approved treatment options. The 5% of diseases that are lucky enough to have approved treatments still face the battle of accessibility because these treatments can be extremely expensive. But before patients can even confront this challenge, they first have to be diagnosed, which remarkably is a major challenge in itself. Many people who are faced with rare diseases not diagnosed properly or even at all. The Cancer Breakthroughs 2020 seeks to alleviate some of the burden of limited treatment options. The initiative is tasked with effectively ending cancer through intensive study of immunotherapy with an objective to develop a cancer vaccine by the year 2020. Joe Biden announced the project as the “Cancer Moonshot” in 2016 during his time as Vice President, since curing cancer is a goal on par with putting a man on the moon. The initiative is highly collaborative and brings together the people from the “pharma, community and academic oncology, government, and scientific communities.” The research focus of the program is Immunotherapy, which uses the body’s natural defenses, the immune system, as a basis for fighting cancer. There are a few different methods with this type of treatment: either encouraging the immune system to work harder to destroy the cancerous cells, or introducing additional biological features, like man-made proteins, to improve how the immune system functions. This is referred to as active and passive immunotherapy respectively. This treatment is already promising for some rare diseases. A drug called Keytruda is currently being reviewed as an immunotherapy measure for several cancers, including multiple myeloma and mesothelioma. Although currently in the clinical trial stage of development, there have been some successful trials for both of these cancers that have scientists excited. Keytruda has already been approved for other cancers, specifically non-small cell lung cancer and head and neck squamous cell carcinoma. Hopefully Keytruda and other immunotherapy drugs will continue to show positive results and eventually become approved treatments. Having widely accessible and viable treatment options would be revolutionary for the rare disease community. Impact on Patients What does this mean on a personal level? Participating in clinical trials is one way that new research can directly affect patients. It may mean receiving a life-changing treatment, or at the very least contributing to our overall understanding of immunotherapy. This can be a huge source of pride for patients, and allow them to be part of the larger conversation on immunotherapy. At an even higher level, this research and the awareness brought about by Rare Disease Day gives patients a reason to hope. It’s incredibly easy to despair when you are faced with a discouraging prognosis, limited treatment options, and very few answers overall. Patients affected by rare diseases are often segregated by their specific disease, which means they often don’t have the same support resources and communities that are available to more widespread conditions. However, on the few occasions when the rare disease community can come together as a whole, patients are reminded that there is a large group of people that are experiencing some of the same struggles. Even though their symptoms may be different, they can relate to each other over the common challenges that are present across the rare disease community. And of course there’s the added knowledge that even people not directly affected by rare diseases are paying attention on these awareness holidays. Having the nation’s attention shows patients that they have not been forgotten by their fellow citizens. And this can transition into tangible benefits as widespread awareness results in better funding and subsequently better treatments. Nurturing hope for patients that need it is the core of what Rare Disease Day is all about. 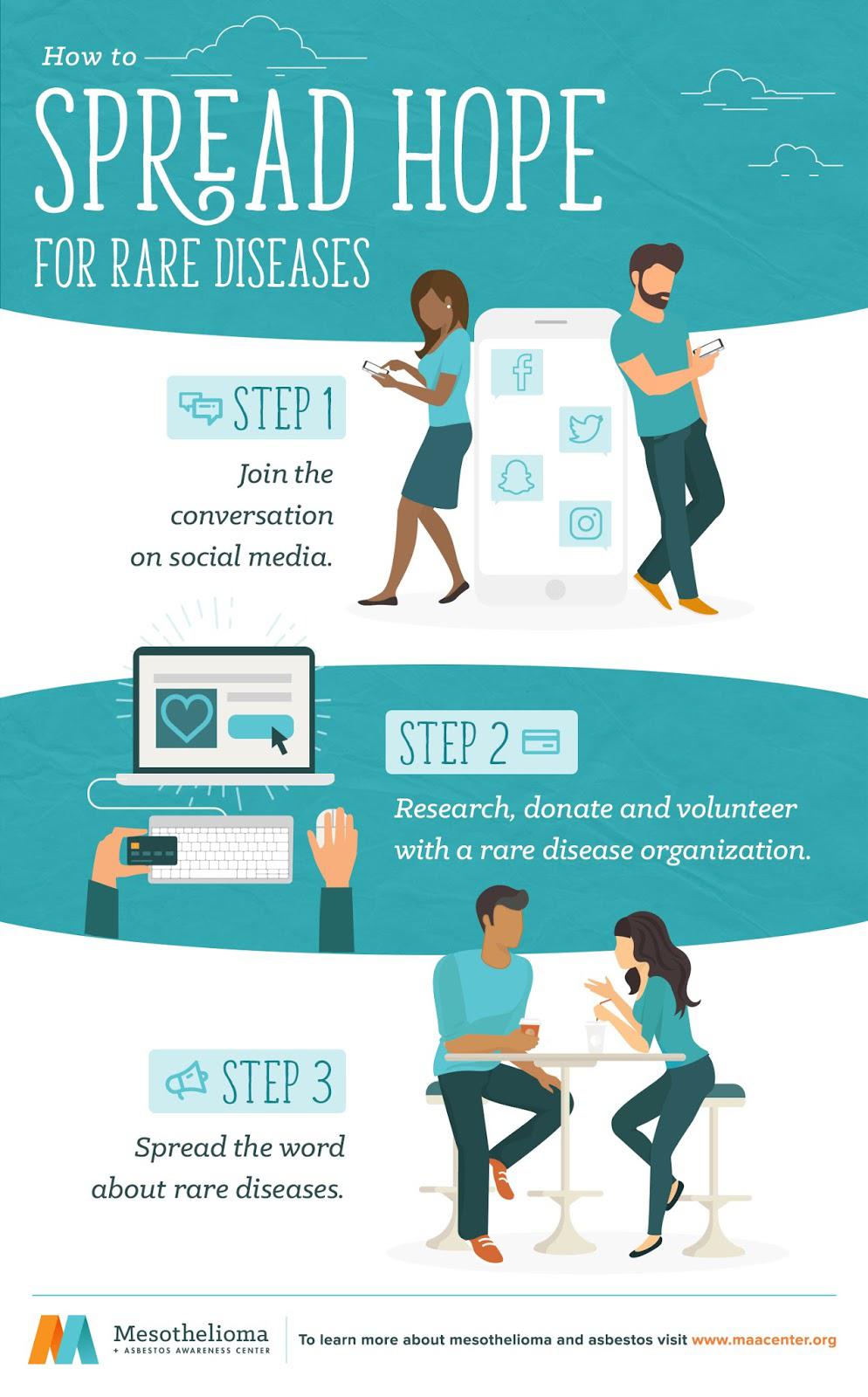 There are lots of reasons to have hope on this year’s Rare Disease Day - share yours in the comments below! Good luck and may God Bless your RARE DISEASE Journey.   For more information on multiple myeloma survival rates and treatments CLICK HERE and you can follow me on twitter at: https://twitter.com/grpetersen1