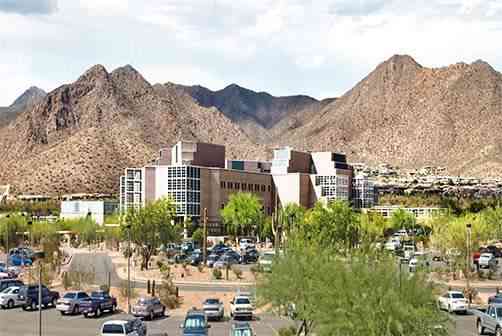 A new trial to treat myeloma by boosting the immune system

The Mayo Clinic has a Phase II trial open (at all three Mayo locations) that boosts the immune system to affect myeloma cells. In a recent interview with Dr. Bergsagel, MD, on mPatient Myeloma Radio he mentioned this trial that sounds helpful to kill myeloma and may give you more energy, not less. If there's a trial that sounds fun to join for myeloma care, this might be it. Here's how he described how it works:

Recently, we took a drug that honestly I didn’t think was going to work and it’s called an Inhibitor of Apoptosis Protein. It’s a class of drug which we abbreviate as IAP antagonist. This one in particular is called LCL161. What this drug does is it mimics a mutation that occurs in some patients with multiple myeloma that activates the NF-kappa B pathway. It’s sort of an important pathway in myeloma and there’s actually many different mutations that fall within that pathway. This drug  mimics the effects of one of them. So you would predict that if you give a tumor the mutation that it normally gets that you would make the tumor worse, that you would cause it to grow more or to spread outside the marrow or something. And so when we treated the mice with it, that’s one thing we were looking for is if we give this drug to myeloma, does it make them worse? We were kind of surprised to find that when we did that, the tumor actually went away completely. In our mouse model it was really the most active drug. It’s active as Velcade or melphalan. The tumor stayed away for a very long time. But we were puzzled by this because it didn’t really make sense to us. We treated cell lines in vitro with the drug. They weren’t killed and we treated tumor cells from patients with what we think are physiologic concentrations of the drug and they weren’t killed.

It appeared to be acting not on the myeloma cell but the immune system.

So it wasn’t really until we did some more studies in the mouse where we found that we don’t think the drug is actually acting on the tumor cell. We think it’s acting on the immune cells in the mouse because the NF-kappa B pathway is really an important pathway for immune cells and primarily, in this case, we’re talking about what’s called the alternative NF-kappa B pathway which is important for innate immune cells. This drug is relatively specific for activating that pathway. If we take the exact same tumor cells and we put them into a mouse with a mature immune system, the drug works excellent, very well. If we put the exact same tumor cells into very young immature mouse — doesn’t have a mature immune system at all but otherwise it’s a normal mouse, it’s just very young -- and then we treat it with the drug, the drug doesn’t work at all. So it can’t be a direct antitumor effect or it would work in the young mice just like it does in the old mice. By looking into it, we also did some studies where we combined this drug with Velcade or we combine this drug with dexamethasone. And both times the drug didn’t work as well. Those drugs inhibited the effect of this drug. Of course, one characteristic of both those drugs is that they suppress the immune system. So we think they’re suppressing this immune effect.

The drug is in a Phase II trial in myeloma because the safety doses have already been established in other cancers and it's an oral pill.

This drug has actually been given to a number of 200 patients I think with solid tumors in Phase I and some early Phase II clinical trials and in other cancers. It’s a pill that’s very safe. What happened to those patients when they took it is that when they got up to what was the dose limiting toxicity at quite high doses was what’s called the cytokine release syndrome. Cytokines are basically kind of like hormones that come from immune cells that really stimulate the immune system. So these patients were having this very massive immune stimulation occurring in about three or four hours after they took the pills but when they backed down the doses either they didn’t see it so much. And they showed, in fact, in the patients that there’s a cytokine  (one of them is called Interleukin 8) that attracts neutrophils, which are one of the most common white blood cells but they’re an effector cell which, when activated, can kill tumors. This cytokine went up a hundredfold in the serum of patients after taking this.  I think for multiple myeloma, there’s a critical relationship between the myeloma cell and the innate immune cells that support its growth in the bone marrow microenvironment and that when you give this drug, the Interleukin 8 is secreted and all the innate immune cells, all the neutrophils go to where those cells were, which in the case of myeloma is right around the tumor in the bone marrow.

I can say it’s tolerated just like it is in patients with breast cancer. To think that you can take a pill once a week that boosts your immune system – in general the patients feel better and we’re seeing quite dramatic responses -- it’s promising. There are very few patients on the trial so far, so everything is very early. We have evidence in the mouse that even though drugs like Velcade and dexamethasone inhibit its effect in a mouse when we combine it with cyclophosphamide, we see a very dramatic enhancement of activity. We’ve seen the same thing that the clinical trial is written that if a patient progresses on the LCL161 alone that cyclophosphamide is added, and we’ve seen the same kind of synergy in the patients on the clinical trial.

The trial is being run at all Mayo Clinic locations - Arizona, Minnesota and Florida. Patients need to be in the clinic once a week for the first 4 weeks and then the dosage time expands to less frequent visits.

Patients who are eligible should have already received a proteasome inhibitor like bortezomib or carfilzomib and an iMiD (thalidomide, pomolidomide, lenalidomide) and up to five lines of previous therapy (where induction, transplant and maintenance can be considered a single line). There are 21 spots open for this trial. For more information about joining this trial, contact the Mayo Clinic at 800-664-4542.