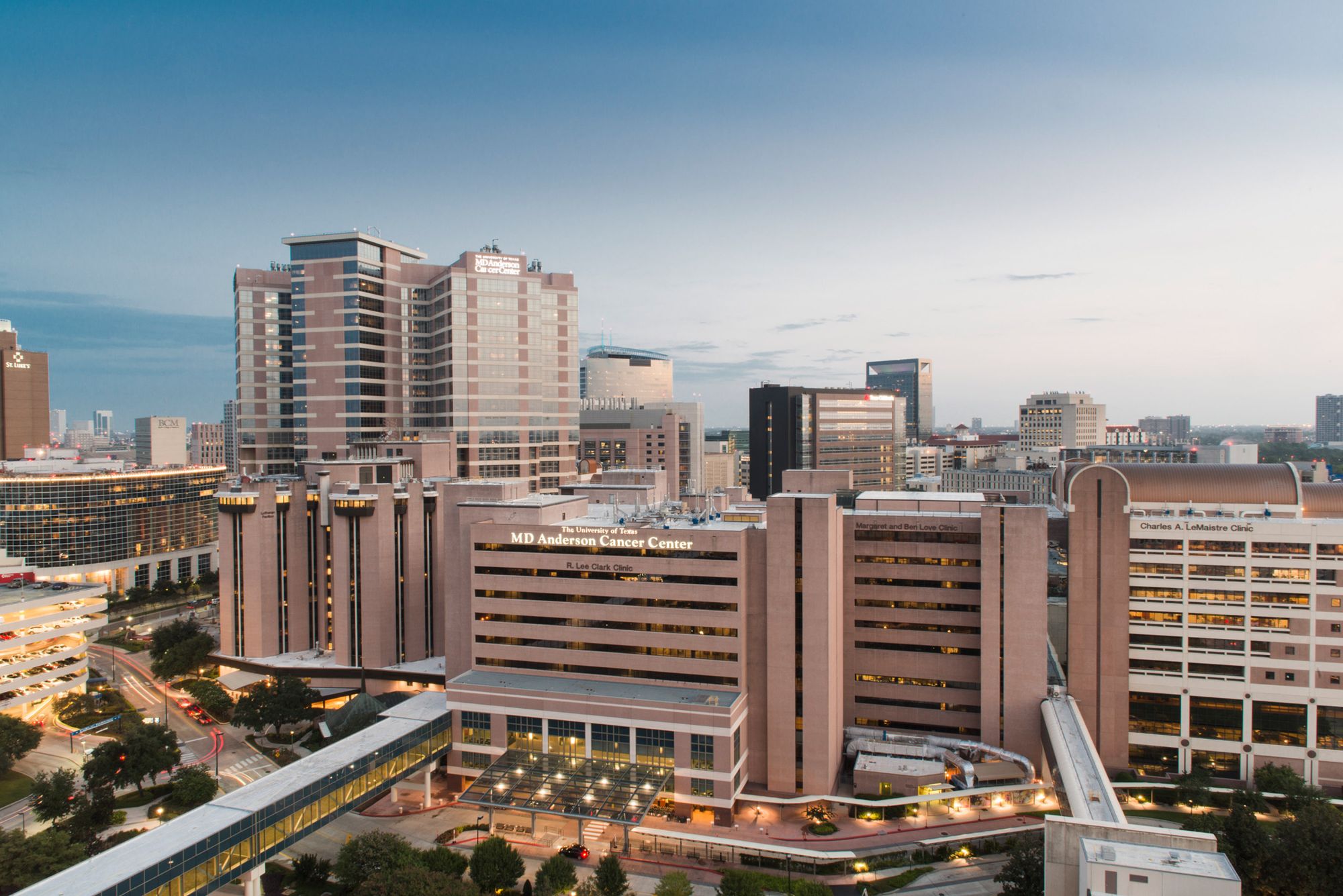 Original article found on eHealthcare Strategy by Jane Weber BrubakerNote: Healthcare facilities can learn much by listening to patients. I wanted to share this article because it is personally meaningful to me. Because our family lived in Mexico when I was diagnosed, I needed to complete my year-long maintenance therapy by traveling back and forth between Mexico City and MD Anderson Cancer Center in Houston under the great care of Dr. Robert Orlowski. My old college friend Todd Foster and his wife Lisa invited me to stay with their family during my 4 days in Houston/10 days at home schedule. It was a year-long sacrifice for them and a delight to me to be with such happy people during my Velcade infusions and dex days. Todd is Associate Director, Patient and Provider Experience at MD Anderson and is always listening to patients to help MDA create technology that better accommodated patients. He helped reduce wait times with the thousands of patients treated there every day as as this article describes, is helping patients become better self-advocates via their portal. My experience was better because of Todd, Lisa and the incredible care I received there.  This article is just one example of how medicine can be improved by just LISTENING to the patient experience. As the key stakeholder in the cancer experience, it can make all the difference.
// By Jane Weber Brubaker // In 2002, years before patient portals were a checkbox to qualify for meaningful use incentives under healthcare reform, MD Anderson Cancer Center created its own patient portal. But the motivation was not financially driven. “Patients were walking around with huge amounts of paper. You would see people—I’m not lying—with thousands of pages of paper, walking the halls of MD Anderson, because they never knew what information they were going to need so they brought it all,” says Todd Foster, associate director of patient/provider experience. “We thought, ‘How can we make it so they don’t have to carry all of this information around with them?'” The resulting groundbreaking solution, myMDAnderson, was launched in 2002. It gave patients a personalized electronic hub to organize all their information, and 24/7 online access. The tool has stood the test of time, undergoing major upgrades only a few times since it was launched. Today, more than 95 percent of MD Anderson patients are active portal users. Initially, myMDAnderson was a standalone portal, because there was no electronic health record (EHR) until two years later. In 2010, the EHR was connected to myMDAnderson. The latest upgrade was last year, when the system went live on Epic. MD Anderson’s launch of Epic was far from a typical implementation. Patients liked the myMDAnderson experience so much that they did not want to replace it with Epic’s patient portal, MyChart. The Epic implementation team had its own agenda at first, which did not include introducing changes that would disrupt the schedule. Here, we’ll look at MD Anderson’s trailblazing approach to patient-centric technology development, featured in a presentation at SHSMD 2016, “How to Make Your Patient Portal Indispensable,” and we’ll share how Epic lost the implementation battle but won the development war.

MD Anderson did not set out to build a portal. It did want to find a solution that would make things less cumbersome for patients. Cancer patients routinely collect large quantities of patient education materials, as well as lab test results and other information. They want access to all of it, all the time. Internet usage was still relatively new in the early 2000s, and MD Anderson did not know if an online tool would appeal to patients. To find out, they questioned former patients. Each month, the organization convenes 40 to 50 cancer survivors, gathering their input on a variety of patient-related issues. “Patients that have survived cancer are willing to do anything to help other patients,” Foster says. In 2000, not everyone had an email address or used the internet regularly. But when patients were presented with the idea of having 24/7 access to all of their information online, the response was overwhelmingly positive. The next step was to design a tool that met patients’ stated needs.

Megan Chavez, former executive vice president and co-founder at Tower Strategies, worked with Foster’s team. “What was interesting to us is that when we talked to patients, the part that they found most valuable was understanding the journey,” says Chavez. “They wanted to understand what’s going to happen to me next, who’s doing what, when. They wanted access to the information at home. They wanted the ability, for example, to look at patient education that was specific to them,” Chavez says.

The initial pilot included three of MD Anderson’s 25 clinical centers, Neuro (Brain and Spine), GU (Genitourinary), and Breast. “We picked three very diverse populations,” says Chavez. “We didn’t want to pick just one because there was such variation.” With neuro, the patients were frequently in advanced stages of cancer, and the caregiver played an important role. GU patients were mainly older men. “We wanted to test some of our theories around generational issues and gender issues around the use of technology,” Chavez says. Breast patients are one of MD Anderson’s largest clinical areas, and patients were active communicators with strong networks. The portal was customized at the clinic level to personalize the experience for patients, who received this message when they entered the portal: “Welcome! This is your very own MD Anderson patient site. There are several features that allow you to create a personalized patient portal. You can read or send messages, keep track of appointments and events, get answers to patient billing questions, and much more. Everything on this page is secure and cannot be viewed by anyone else.” The initial release included these features:

The secure messaging feature turned out to be a success for both patients and providers. Initially providers were concerned that it would increase their workload. “The providers were nervous because they felt they would not be able to keep up with the messages,” says Foster. “The nursing staff were afraid they were going to have to work two extra hours a day to handle all of the incoming messages.” The fears were unfounded. “The phone calls went down, and the emails went up, but they realized it was quicker to answer an email.” Based on the success of the pilot, the portal was rolled out to the rest of MD Anderson’s cancer clinics.

When healthcare reform was introduced, MD Anderson connected its homegrown EHR, Clinic Station, to myMDAnderson. This allowed patients to view their lab results in the portal for the first time. The portal adoption rate had been about 50 percent prior to the integration but has since grown at a rate of 10 to 12 percent a year. In addition to lab results, patients were also able to see clinical notes from physicians. It rapidly became an indispensable tool.

When MD Anderson chose to go with Epic, the implementation team had one idea of how the implementation of Epic’s patient portal MyChart would go, based on its track record of successful installations, and MD Anderson, with its well-loved legacy patient portal, had a different view. “The implementation team has implemented dozens of hospitals and they do it the same way every time,” says Foster. “When we started trying to push on that, they pushed back because that’s not their standard way of doing things.” But patients were adamant. They did not want to lose the MD Anderson experience. To resolve the issue, the MD Anderson team worked directly with Epic developers. “The developers were really excited about it,” says Foster. “They were great to work with.” “We tore MyChart apart and used web services to pull in just the functionality that we wanted,” says Foster. “It is a new look and feel, but we kept a lot of things in the same places.” The final product is a seamless integration. “It’s one system, but if you click on one menu option, you’re accessing Epic, or if you click on another menu option, you’re accessing MD Anderson. The patients just don’t really notice it,” says Foster. The patients won a final battle to preserve their preferences regarding access to clinical notes, which they had prior to the Epic launch. Patients had been able to access clinical notes all along, but when Epic launched, a decision was made to turn them off. “I can’t even tell you how many people started screaming about not having access to those notes,” says Foster. “We got it turned on two and a half weeks after we went live.”

Listening to the Voice of the Customer

Watching patients at MD Anderson, empathizing with them, and listening to them led to the creation of a portal that they are passionate about. Is the sobering fact of a cancer diagnosis the reason patients at MD Anderson are so engaged and so fiercely protective of their patient portal? Or is it because the tool was built to address their specific needs? It is likely a combination of both, but all health systems can learn from MD Anderson’s patient-first approach. Listening to the voice of the customer led to the creation of an indispensable tool that fosters a high degree of patient engagement. As health systems seek to partner with patients to manage chronic diseases and promote wellness, finding out what patients want and need will be key to giving them the right tools. Jane Weber Brubaker is editor of eHealthcare Strategy & Trends.
Find more myeloma news and information on www.myelomacrowd.org