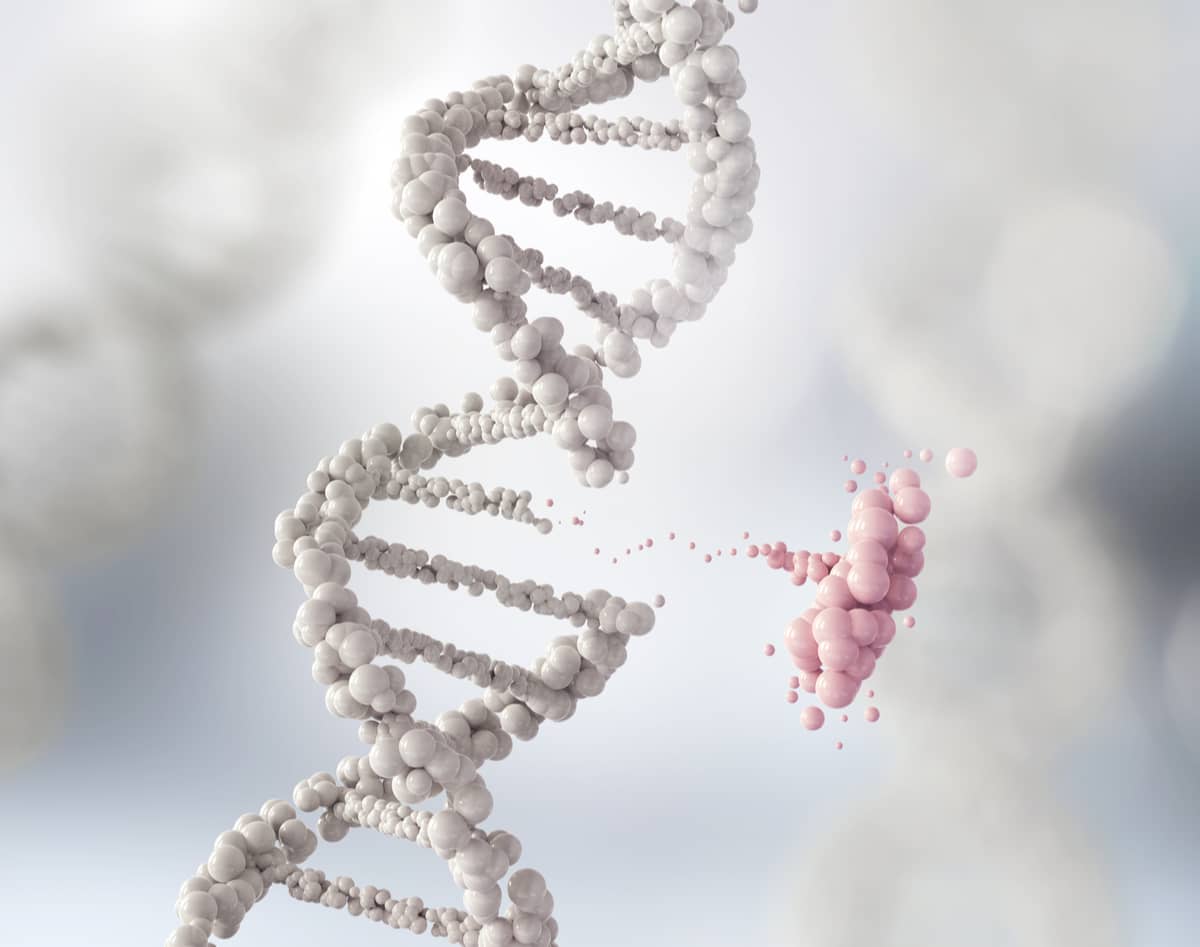 The European researchers recently published a paper in Nature Medicine about one patient enrolled in the KarMMa (ide-cel) CAR T trial whose myeloma progressed following CAR T treatment and had an irreversible loss of BCMA.

The detailed study of the patient found that a clone with a deletion of TNFRSF17 (BCMA) was the underlying cause of immune escape. The researchers also found that this TNFRSF17 loss or monosomy is found in an average of 6.7% of patients, with higher percentages found in patients with hyperhapoid myeloma.

BCMA is lost by small deletions that can’t be seen without sequencing and really it needs to be on both sister chromosomes for expression to disappear. Hyperhaploid is extremely rare, as to be clinically irrelevant, but is the result of loss of half the chromosomes and then duplication of the ones left.

This suggests that heterozygous TNFRSF17 deletion at baseline could theoretically be a risk factor for BCMA loss after immunotherapy.

This TNFRSF17 BCMA-encoding gene is located on the short arm of chromosome 16 and is expressed almost exclusively on plasma and B cells.

Patients entering clinical trials like the KarMMa studies (testing ide-cel) are typically heavily pre-treated. Many have extrameduallary disease where the myeloma has escaped from the bone marrow (which is higher risk) and many have high risk genetic features.

While the overall response rates have been in the 75-85% range (which is remarkable) for these heavily treated patients, the treatment is not a durable as we would all like, with an average 11.8 months of remission. Researchers around the world are now working to identify reasons and methods to overcome the relapse and create more durable responses.

In the study, a highly relapsed 71-year-old male myeloma patient was enrolled in the KarMMa Phase II study for ide-cel, a CAR T treatment targeting BCMA. He had many high risk markers including the 1qgain, double inactivation of TP53 (a very high risk feature) and complete MYC rearrangement.

Baseline MRI showed myeloma lesions in the pelvis and spine as well as an extramedullary tumor on his left side. Preconditioning fludarabine and cyclophosphamide were given and then the patient was given the ide-cel therapy.

After one month, his M-protein dropped from 4.2 g/dl to .8 g/dl. He was minimal residual disease (MRD) negative at a 10-5 level. The MRI follow up revealed a complete resolution of the lesions and elimination of the visible extramedullary tumor.

At the three month follow up, his M-protein continued to decrease to .2 g/dl and he was still MRD negative, which was classified as a very good partial response (VGPR). However, the MRI found increased activity in a single lymph node, suspicious for early relapse.

At five months, he had a full relapse, with an M-protein level of 3.8 g/dl, 90% of plasma cells in the bone marrow and extensive extramedullary tumors.

Interestingly, while BCMA levels usually rise with rising myeloma levels, he had no detectable BCMA present. The CAR T cells could be found in his system still expanding and persisting. Salvage therapy was started but he died two weeks later from refractory myeloma.

Using single-cell RNA sequencing, the TNFRSF17 was strongly expressed in his myeloma cells at baseline but was undetectable at progression. Other markers and targets (like CD38 and SLAMF7) remained expressed at progression.

The investigators also found highly proliferative cells and an exhaustion marker in bone-marrow infiltrating T cells at his relapse. There were deletions of both TNFRSF17 genes on chromosome 16 and indications that there was pre-existing genomic instability on chromosome 16. Additional deletions of chromosome 20 found following his treatment suggest that other genes could have been affected after his therapy because of the chromosome 16 issue.

The incidence of this issue is quite uncommon. They found that only 4 out of 14 newly diagnosed myeloma patients and 2 out of 44 relapsed patients have either the TNFRSF17 gene deletions or deletions of chromosome 16. They did find that 28 our of 33 patients with hyperhaploid myeloma.

The overall rate of TNFRSF17 loss or monosomy 16 in all types of myeloma patients at their facility was 6.7% (9 out of 135 patients).

In myeloma, BCMA loss is observed in about 4-9% of cases, but the underlying reasons were not known. This new discovery could represent a reason a subset of myeloma patients relapse after BCMA directed therapy.

Our study reveals the rare existence of chromosome 16 aberrations before and after CAR T cell therapy, linking genomic instability impacting the TNFRSF17 locus to escape from BCMA-targeting immunotherapies. Therapeutically targeting a combination of different MM targets may overcome the substantial genomic heterogeneity in MM, avoiding clonal selection based on the loss of one particular antigen.