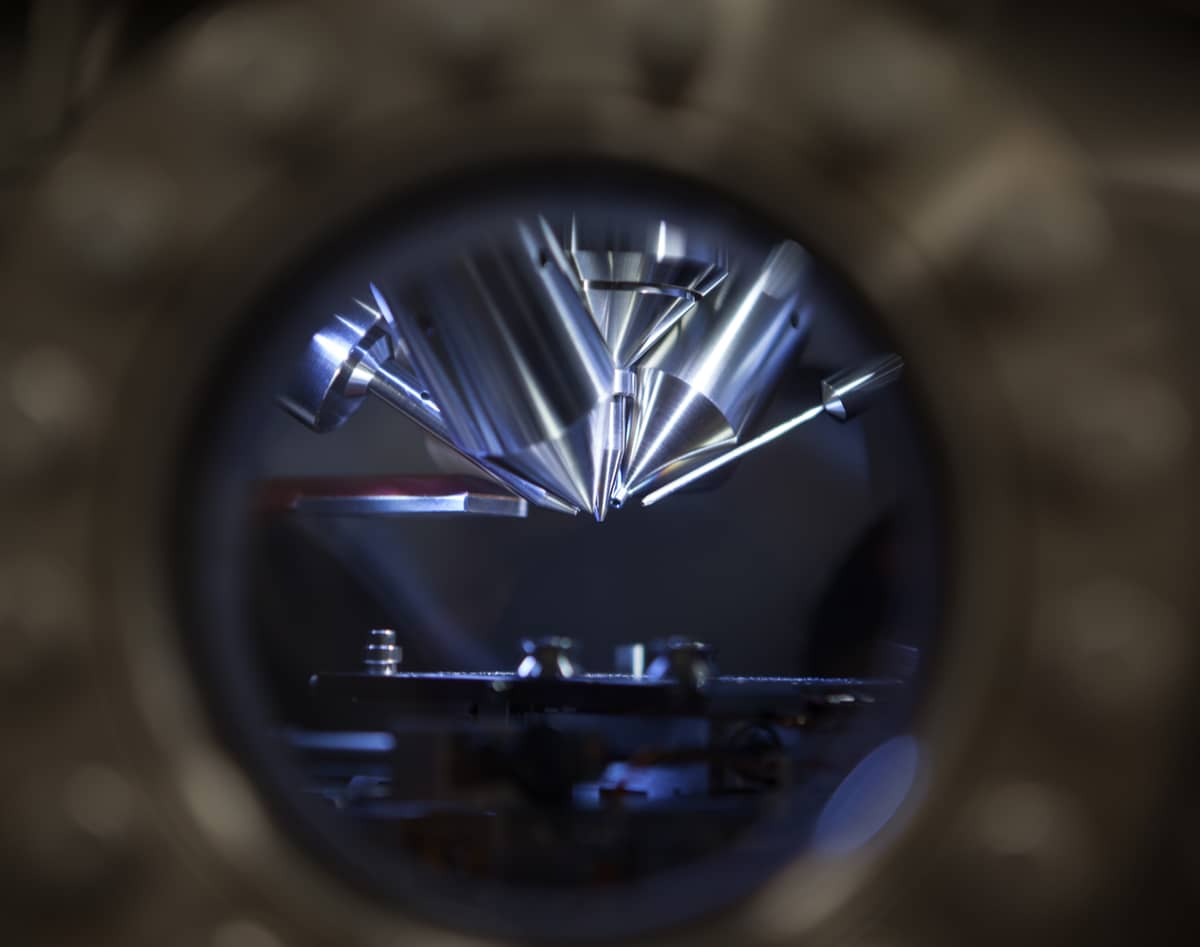 Research shows for the first time that the use of Mass spectrometry (MS) on blood samples to identify small amounts of remaining myeloma after treatment may be at least as sensitive as the bone marrow biopsy methods of testing Minimal Residual Disease (MRD).

An exciting article "Measurable residual disease (MRD) assessed by mass spectrometry in peripheral blood in multiple myeloma in a phase II trial of carfilzomib, lenalidomide, dexamethasone and autologous stem cell transplantation" was just published by Dr. Benjamin Derman and colleagues from the University of Chicago in the Feb 5 issue of Blood Cancer Journal. In the study, the researchers showed that the MRD sensitivity levels for these new blood tests may be as sensitive as MRD at the current standard of <10-5 (or 1 cell in 100,000 cells) and perhaps as sensitive as ≤10-6 (or 1 cell ins 1,000,000 cells).

If Mass Spec performed on blood samples can be further validated to be at least as sensitive and accurate as bone marrow-based methods in assessing MRD status, the age of liquid biopsies will be upon us. I can hear you all cheering! The authors of the study see one use as a screening method for MRD for patients who have negative immunofixation and serum free light chain tests (this is stringent Complete Response status). If the subsequent MassSpec testing is negative for the presence of myeloma, it could be confirmed by bone marrow biopsy.

"Comprehensive multimodal MRD approaches that incorporate functional imaging with assessment of the bone marrow and peripheral blood compartments may allow for improved MRD-adaptive clinical trials, and allow for MRD to better guide decision-making in multiple myeloma."

The stated rationale for their research was that:

"Despite advances in the detection of measurable (minimal) residual disease detection in multiple myeloma (MM), some patients who are MRD negative by highly sensitive methods, such as multiparametric flow cytometry (MFC) and next-generation sequencing (NGS), still experience disease progression. These bone marrow- based assessments may lead to false-negative results due to spatial heterogeneity in the bone marrow, hemodilution and/or extramedullary disease.  Positive emission tomography/computed tomography (PET/CT) is complementary but gaps remain."

There are several MassSpec methods and the two used in this study were Matrix-assisted laser desorption ionization time-of-flight MS (MALDI-TOF-MS) with a Level of Detection of 0.05 g/dL and Liquid Chromatography MS (LC-MS) with a higher sensitivity Level of Detection of 0.005g/dL, performed by the Binding Site Group. Currently MassSpec is only used in the research setting until consensus is reached on which technique will be used for screening and also based on availability.

Looking at concordance the figures below show that there is: 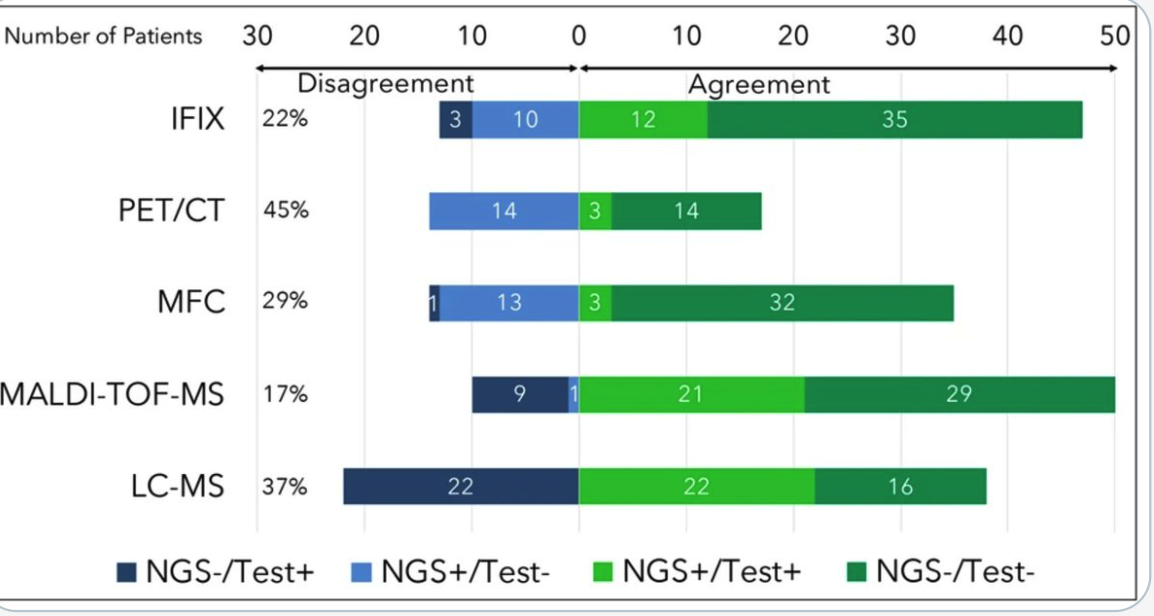 In the figure below comparing Progression Free Survival (PFS) we see that: 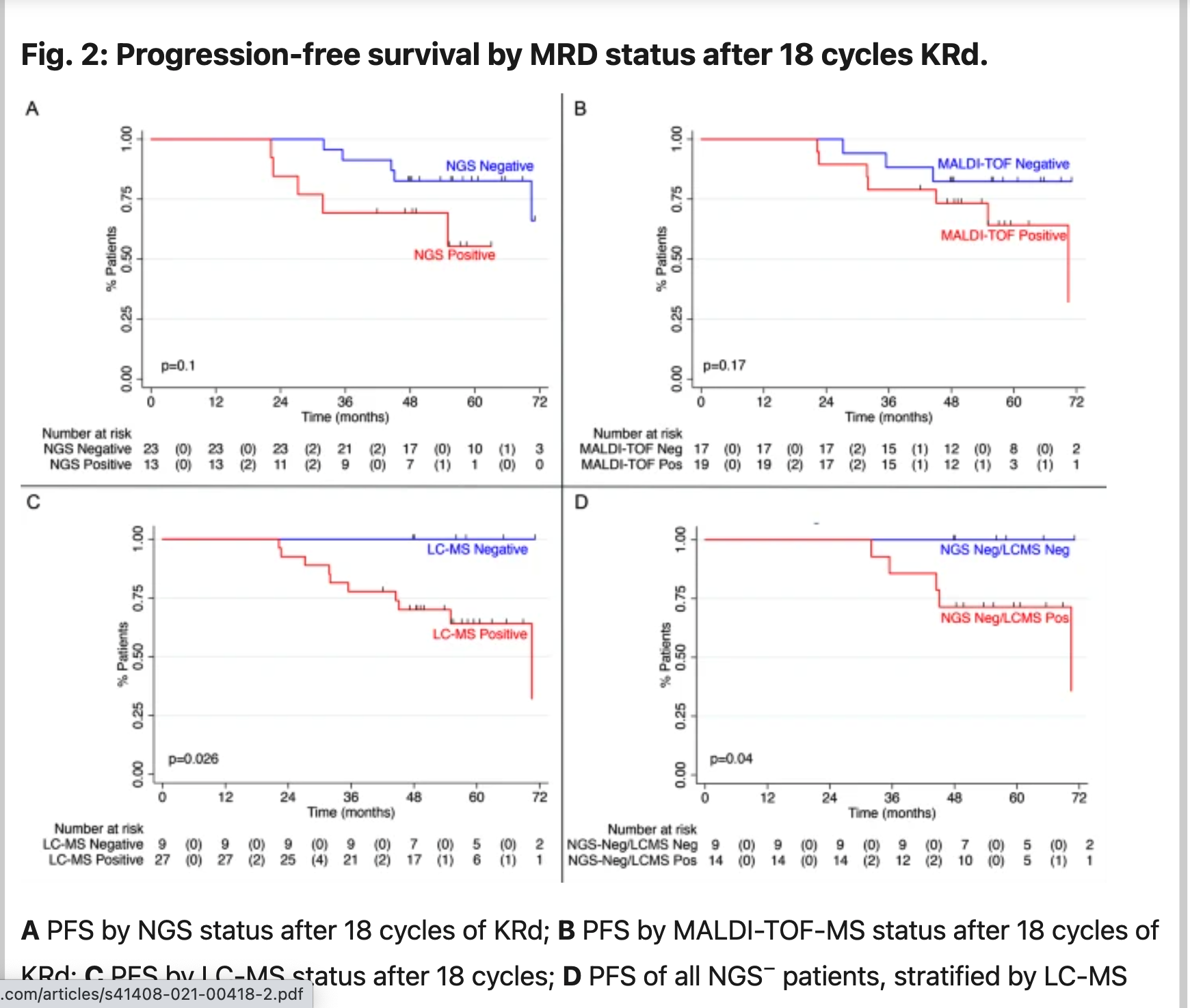 The promise of this study will require further validation, but these results give us great hope for seeing Liquid Biopsies a little nearer in our future.