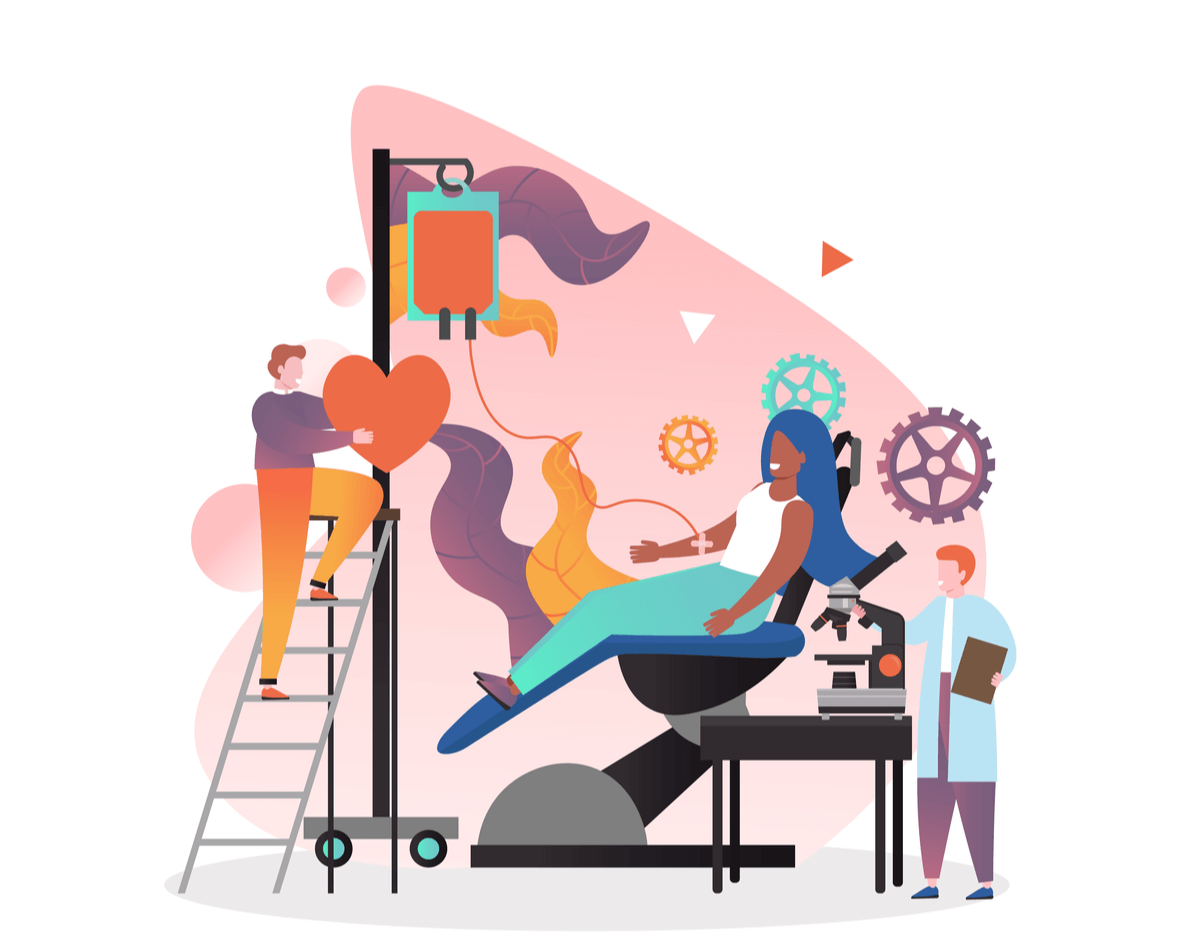 I began this event by asking Dr. Zonder how his interest in high-risk smoldering myeloma has evolved over the years and why it has become an interest of his within the vast oncology field?

"My interest in this space has evolved as our understanding of this space has evolved. The fact of the matter is that we have a better understanding of how plasma cell diseases evolve from a precursor condition that has relatively low risk to a precursor condition with higher-risk, to actual myeloma or related conditions, and we have discovered the biology behind the progression of these conditions. Research communities and patient attitudes have evolved over time in terms of their interest in treating (by definition) this asymptomatic condition."

Watch the video below or read the detailed summary in order to learn more about Dr. Zonder's intriguing presentation regarding MGUS and Smoldering Multiple Myeloma and why clinical trials are so important in guiding treatment and accelerating key research.

Throughout his presentation, Dr. Zonder covered the following sections in his discussion that we will detail below:

MGUS stands for Monoclonal Gammopathy of undetermined significance. Monoclonal gammopathy means that you have an abnormal antibody type protein in your blood that’s made by an abnormal clone of plasma cells in your bone marrow. By definition, it’s an asymptomatic disease that is not causing any symptoms at all or any side effects.

There is a subset of patients with MGUS that go on to develop multiple myeloma or related diseases, it’s not the majority of the patients, it’s a small fraction each year.

How do we know how many plasma cells are in your bone marrow? By looking at a bone marrow biopsy sample and measuring the percentage of plasma cells there are in all of the blood cells collected from the bone marrow. When that percentage crosses 10% we call it myeloma, if it has no symptoms we call it smoldering myeloma. If the patient has 60% or more percent of plasma cells in the bone marrow, even without symptoms (which would be rare), this is classified as treatment-required multiple myeloma.
Usually, before hitting the 60% mark, patients usually develop symptoms. The mnemonic that is taught to students, fellows, and patients alike is “CRAB” symptoms.
C: calcium elevation
R: renal dysfunction
A: anemia
B: bone lesions
Other criteria for a diagnosis of treatment-requiring myeloma include:

These last three criteria (apart from the CRAB criteria) were more recently added and were included because studies showed these features indicated it was extremely likely these patients would develop CRAB symptoms within the next two years.

MGUS always precedes myeloma in patients although it is not always recognized due to the lack of symptoms. MGUS is the earliest precursor condition.

There is a low, medium, and high-risk staging system for MGUS.

What about smoldering myeloma patients? In the United States, we often use the 20:2:20 criteria, this was derived at the Mayo Clinic. This mnemonic is to remind us:

Why do we care about risk stratification?

Dr. Zonder showed us the results of 2 randomized studies that have helped us establish the only current standard therapy for high-risk smoldering myeloma patients.

The first was a study conducted in Spain looking at 119 patients with smoldering myeloma. These were high risk according to the Mayo Clinic’s risk stratification at the time or the Spanish myeloma group’s definition of high-risk SMM that was a little different. They permitted patients considered high-risk by either criterion.

They randomized them into either lenalidomide with dexamethasone (lenalidomide is another name for lenalidomide is Revlimid, an approved drug for active myeloma but not smoldering), followed by just lenalidomide. The other arm of this trial was the simple observation of smoldering myeloma (or other plasma cell disorder) patients.

Patients were followed until they had disease progression to treatment-required multiple myeloma. The study initially reported the following:

There was another study done, a United States counterpart, that was slightly larger with 182 patients. This was a randomization of lenalidomide given for three out of every four weeks (without dexamethasone- a steroid). The other arm of this trial was also simple observation of patients with smoldering myeloma.

The results of this study also showed benefit for the treatment and showed a more expected progression to active myeloma in the observation arm that we normally see. After 3 years 66% of patients had achieved progression-free survival (meaning that they hadn’t progressed to treatment-related myeloma) in the observation arm, in the treatment arm 91% of patients successfully achieved at least a 3-year progression-free survival.

It’s important to note that the vast majority of patients never achieved a complete response in their disease during these treatments. Therapy was finite in this study as well, even though patients were permitted to receive treatment until the progression of their disease, some stopped treatment early due to side effects or other reasons and we still saw a significant progression-free survival benefit in this group.

When they did a subgroup analysis it became clear that all of the difference between the two arms was really limited to the patients who met the definition of high-risk smoldering myeloma. Intermediate and high-risk smoldering myeloma patients were allowed in this study, but when you look just at the intermediate-risk patients, there wasn’t a statistically significant difference in the rate of progression, but there was a statistically significant difference in the high-risk group.

A question that one might wonder is ‘Who Develops MGUS?” and it’s very typical to look at patients (genetics and predispositions) and environmental factors.
Another question that is asked is “What causes progression?”. What factors lead a small subset of MGUS patients to go on to develop multiple myeloma? This area of research focuses on plasma cell genetics and molecular biology but also patient immunity, immune surveillance, and whether there are reasons in the patient’s bone marrow or immune system that allow MGUS cells to escape and become malignant.

Dr. Zonder teamed up with other institutions to conduct a Genome-Wide Association Study (GWAS) and observed genetic variation in African American and White persons with or without multiple myeloma. They analyzed samples from 10,000 people tested. There was no conclusive finding of one specific gene that indicates risk for multiple myeloma.

Another study that is ongoing and accelerating precursor myeloma research is the PROMISE study. This study screens the high-risk population (ages 40-75). You also qualify to be screened for precursor myeloma if you are African American or have close relatives who have or had myeloma or another blood cancer. 50,000 people are projected to be screened.

What drives progression from MGUS to symptomatic myeloma?
The original model that we used to think about was this idea about selective pressure. You would have plasma cells in your bone marrow and one of them acquired this abnormality that gave it a growth advantage and that became the dominant population of plasma cells. In that group of plasma cells, there was one cell that acquired yet another abnormality that developed into an, even more, high-risk biologically aggressive group of myeloma cells, and over time you were developing a more aggressive clone of plasma cells. The idea of this model is you are trying to prevent the acquisition of the single higher risk molecular features and earlier treatment would hopefully suppress an overgrowth of a new or harder to treat clone.

In reality, it’s a lot more complicated. Not only are there acquisitions of higher risk molecular features, but it’s typical that while there is a dominant clone, there are also other clones developed as well simultaneously. This happens in advanced myeloma. Many clones are developed and have molecular abnormalities that are treatment-resistant. This is when it becomes difficult to treat myeloma because there is no one target you can go after that will take care of the high-risk clones. The chance for this moment of targeting high-risk clones is by treating the myeloma early, not necessarily because they will be less resistant but because the breadth of the clones within the myeloma will be less.

Dr. Zonder presented two different trials that showed the different philosophies of treating high-risk SMM now and the extreme difference between the intensities of the two varying philosophies.
The CENTAURUS study looked at the use of daratumumab (an antibody that targets a protein on human plasma cells) as a single agent. They looked at three different schedules and it was not administered with anything else. What they showed was that in about half of patients you could induce a response, these responses almost never put patients into complete response and were therefore deduced to not be even potentially curative. But they hoped it might suppress the progression from smoldering myeloma to active myeloma. These outcomes were similar to the Revlimid study that was shown earlier, patients could stay on this treatment for quite some time and it could suppress progression. Because it doesn’t eradicate the myeloma, high-risk problematic clones might still develop within the patient.

The GEM-CESAR study was the more intense of the two trials. It looked at using a 3-drug standard myeloma combination for 6 cycles, followed by a stem cell transplant, then 2 more cycles of the three-drug combination, and 2 years of Revlimid maintenance. When compared to the daratumumab study, what we saw were very different clinical outcomes.

The ORR (overall response rate) was 100%. All the patients had high-quality responses with the majority receiving complete responses. A sizeable percentage of patients got to something called MRD(-) (minimal residual disease negativity) which means that not only did they not have a measurable m-protein in their blood anymore, nor did they have an excess of plasma cells that doctors can see with their eyes under the microscope, but they had less than 1 myeloma cell within 100,000 cells in their body.

Two-thirds of patients achieved these super deep responses. This was associated with 92% being free from progression to myeloma at 35 months. We would have expected along the lines of 40%, so this is a sizable reduction. It’s possible that those who achieved MRD(-) will never see the reemergence of their disease.

You can search and sign up for clinical trials available for High-Risk Smoldering Myeloma Patients by clicking here: Clinical Trials for HR SMM

To hear Dr. Zonder's answers to some common questions, make sure to watch the Q&A portion of the video above.

Thanks to our Community Sponsors: 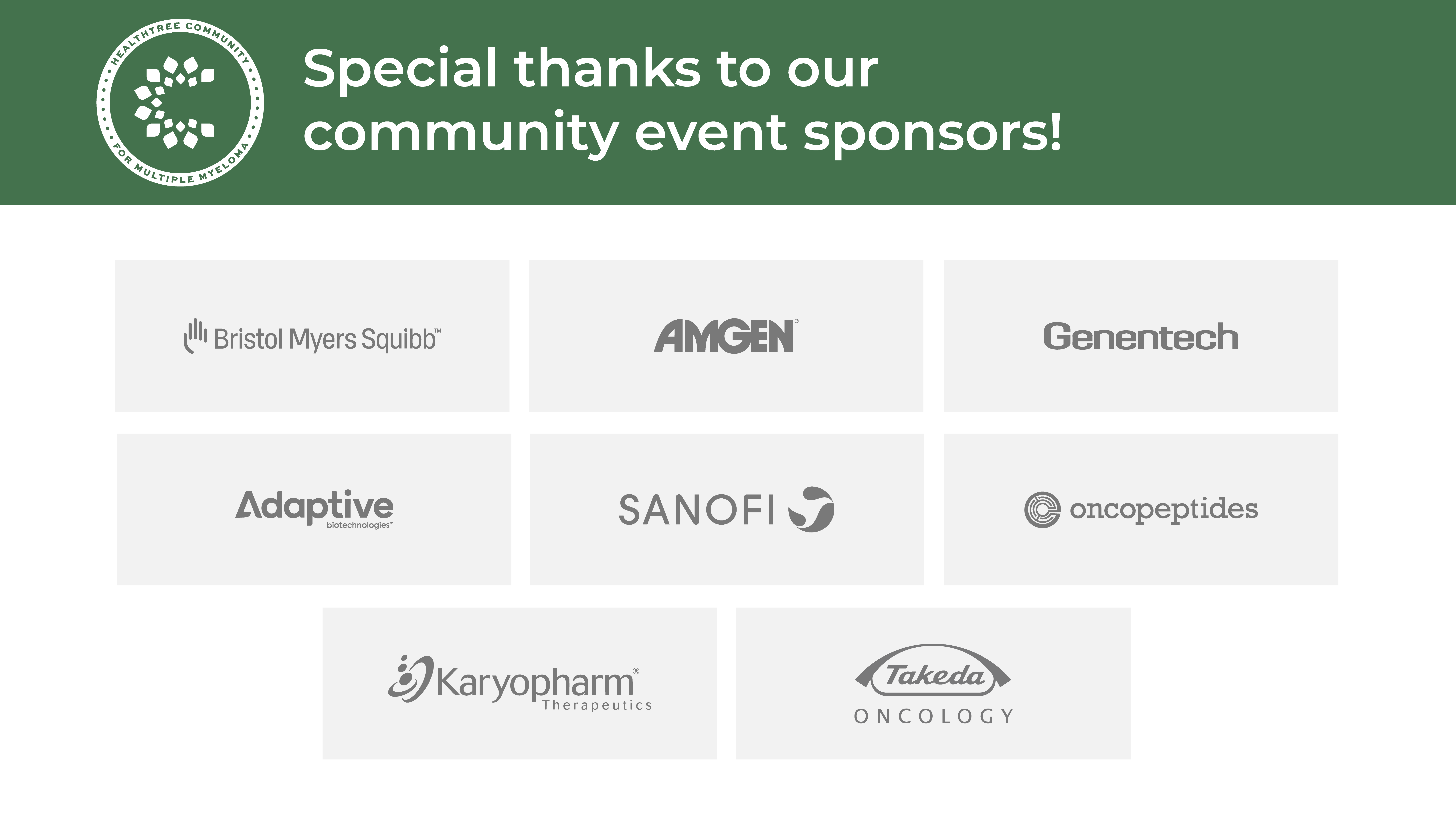