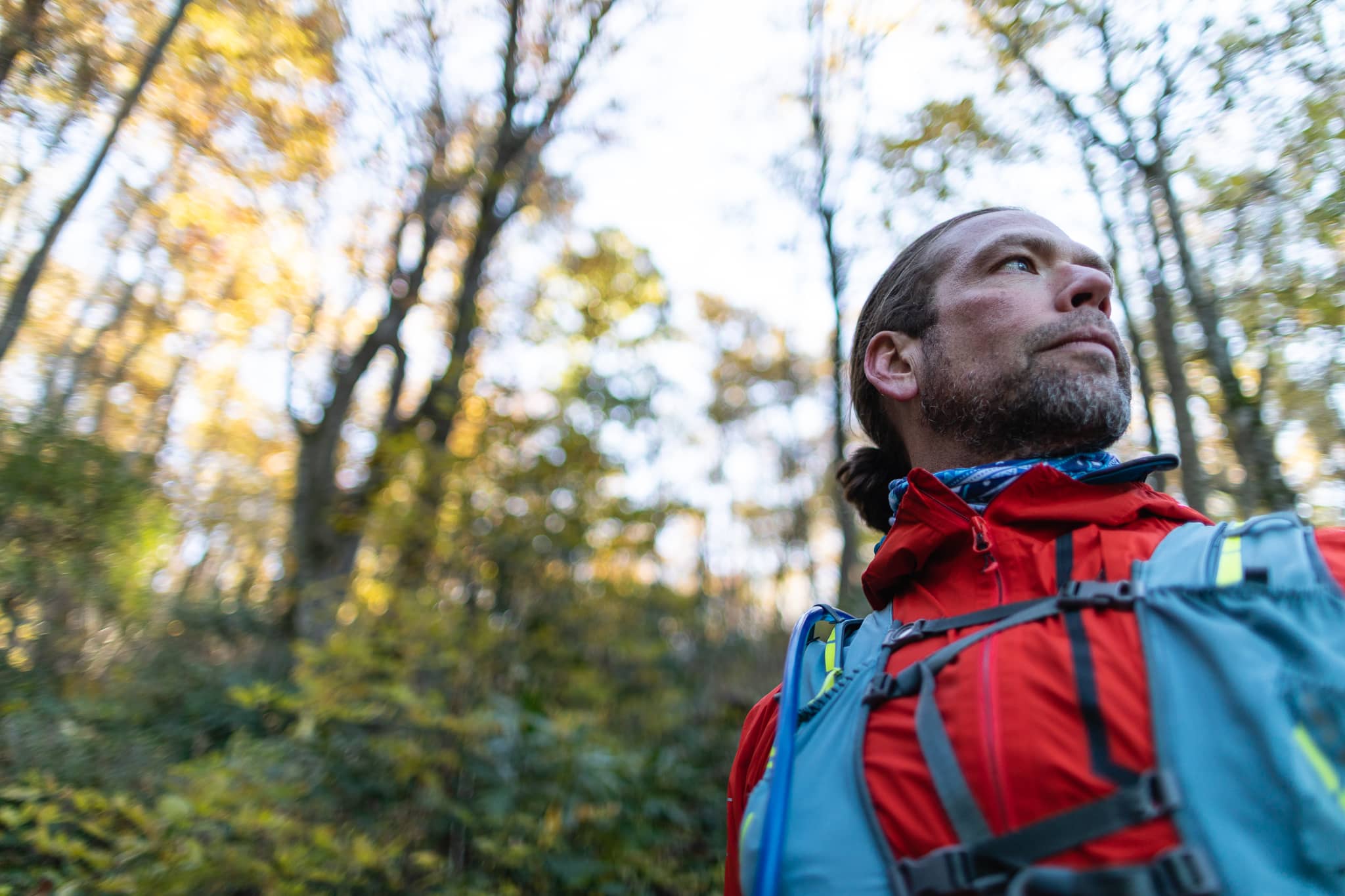 I often trained by running 30-40 miles a week on roads and trails around my hometown of Asheville, North Carolina. The Mount Mitchell 40-mile Challenge was scheduled for the end of February 2015, and I was actually considering an attempt at running the Boston Marathon in 2016 if I could qualify.

In October of 2014, my wheels started to come off. I first thought  that I had the flu. Symptoms included severe headaches, exhaustion, and back pain. Some of these could be discounted as being related to my overactive lifestyle, but not all.

I went to my primary care doctor for a blood test. The flu test was negative, but I was alarmingly anemic - surprising for someone otherwise healthy, active and nutrition-aware. More tests were ordered.

On Christmas Eve 2014, the doctor called me to let me know that my results showed that I needed to meet with an expert. A mid-January appointment was scheduled.

By the middle of January, when I walked into Dr. Vashist’s office, I actually felt pretty good. My headaches had mostly gone away, and I was back to running a lot of miles. But when the doctor told me that I had blood cancer, my life changed. My goals changed. What I thought about the world changed. I had cancer, and had to figure out what to do next.

I quickly had two more opinions by leading oncologists at Emory University Hospital in Atlanta and at Duke Cancer Center, but the end result was the same. I had multiple myeloma. I just had a little more clarity on how aggressive and how advanced it was.

I had multiple lesions or holes through the bones in my body. That included compression fractures in my spine and lesions in my skull, scapula, collar bone and a pretty big one in my hip.

I was directed to stop running immediately. I cried. Then I composed myself and began treatment in preparation for a bone marrow transplant. That would happen as soon as my body was ready.

In the Spring of 2015, 80% of my plasma was taken up by cancer and despite the doctor's admonitions not to Google this disease, I spent several sleepless nights reading with horror and dread that I might only have 3 to 5 years to live.

The treatment was inconvenient and a little painful at first, but mostly tolerable. After a couple of months, the medication made my hands shake so much that I couldn’t use the touch screens at the grocery store checkout aisles. I had to hand my smartphone to somebody else if I wanted to respond to a text message.

In August of 2015, I had an autologous bone marrow transplant. My immune system was destroyed and reset. After four and a half weeks at the hospital in Atlanta, even walking down a flight of stairs left me winded and out of breath. I was a long way from marathon ready.

The cancer didn't go away completely, but it was pushed back and I received a little more time. This cancer became manageable and by the end of the year, I started walking a little bit, jogging a little bit, and gained strength and stamina within a couple of months that I was sure I wouldn’t ever feel again. At the end of January 2016 I ran the Hot Chocolate 10k along the French Broad River in Asheville. That race ranked as my slowest 6.2 running miles and afterwards I barfed until I dry heaved, but I loved every painful step.

By the end of 2016 I had run 16 races, including 4 half marathons and the Shut-in Ridge Trail Run which is an 18-mile point-to-point race with over 5,000 feet of vertical gain. I had never run slower prior to that year. My training miles were half what they used to be. Each time I went into the woods, I experienced a lot more hiking than running, and spent a lot more time doing it than I used to. Quality time not miles became my focus, and runners in the middle and back of the pack were actually a lot more fun than those up front. I was never going to be a podium guy anyway. I just never knew what I was missing.

I frequently heard from healthcare providers that I needed to “take it easy” and “take care of myself”, without really understanding what that meant and why. I get it now, but that’s only because I was already doing it.

There is a gap when it comes to addressing patient health and well-being. So many people with chronic and even terminal conditions don’t know what I had discovered by accident: in order to have the best life - truly, the best life - you have to keep moving forward.

The reality is, that staying healthy and active contributes to increased quality of life. Purposeful physical activity allows for increased:

My experience with cancer, coaching and training was a platform - a springboard to not only inspire, or lead by example, but also a way to pay it forward.  I  founded Throwing Bones for a Cure, to encourage, inspire, and activate individuals living with cancer, to stay healthy and active during and after treatment

In 2018 I ran for 54 days straight from the Outer Banks across the state of North Carolina, to the border of Tennessee, averaging nearly 23 miles a day and accumulating nearly 1200 miles. I am still moving. 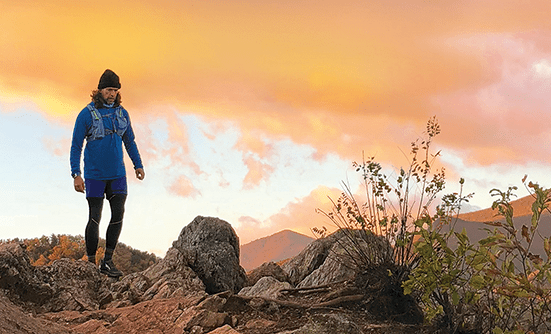 Kenny is  the founder and Executive Director of Throwing Bones for a Cure, Inc.

He runs to prove to himself that he can do it and to encourage and inspire others with cancer to keep moving forward.

Kenny is a Myeloma Coach and offers support, encouragement and resources to others with myeloma.  If you would like to connect with Kenny or another Myeloma Coach go to:  www.myelomacoach.org

Find or become a myeloma Coach