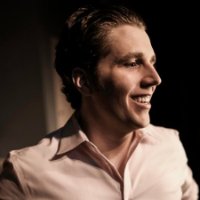 Special thanks to our episode sponsor, Amgen. Brian McMahon CEO and Founder, SparkCures Interview Date: December 6, 2015 Summary Clinical trials are the way that newer and better treatments are brought to multiple myeloma patients, but finding one that's right for you can be completely overhwhelming. Brian McMahon's mother died of an aggressive form of multiple myeloma and he has dedicated his life to help myeloma patients find a cure for this disease. Normally, patients search the never ending maze of www.clinicaltrials.gov to find a trial, but on average, the results list are in the hundreds. Really? How do you choose your optimal treatment? With his new tool, SparkCures, the number of trials that are personally relevant can reduced to a more manageable number (like 10-15) that you can then discuss with your doctor. ALL myeloma patients should consider clinical trials. They are not last-ditch attempts, but are comparing the "standard of care" with something much better. Learn more about how this product was created just for myeloma patients and how you can use it to plan ahead for your myeloma care.  Perform a Search on SparkCures The Myeloma Crowd Radio Show With Brian McMahon of SparkCures

We'd like to thank Amgen, maker of carfilzomib, for their sponsorship of today's program.

We're here at ASH for two of our shows and we have Brian McMahon of SparkCures with us today. Brian is an entrepreneur who has developed a very useful program called SparkCures to help patients find multiple myeloma clinical trials in a much easier way. We're all looking forward to doing that. Brian, welcome to the show.

Jenny: Maybe you want to begin by helping us understand how you came to start SparkCures.

Jenny: Wow, Brian, what an amazing story. I'm just so impressed. You've taken a really tough situation and you've turned it into something so incredibly positive for tens of thousands of people. I really commend you. I think you might've really found the meaning of life pretty early on.

Jenny: Why don't you share a little bit about how SparkCures works and what it does for patients?

Jenny: So how would a patient or someone go about using SparkCures?

Jenny: You as a patient can search based on the status of your disease like if you've just been diagnosed or you're relapsing a therapy or some of the drugs just aren't working for you anymore, some of the standard drugs, right?

Brian McMahon: Everything. So whether it's myeloma or it's smoldering, it's MGUS, we have trials covering all those. The other side too is if you're listening to this you might go "I don't even know at my status is. I've never even heard that term." What we do is we actually have spent a lot of time working with patients and our advisors, and we have a really patient-friendly flow of questions. So for instance we'll start by saying, "Have you ever received treatment?" and you can just say yes or no. And then "Are you currently on treatment or are you on maintenance therapy?" We'll walk patients through this. At the end we never ask them what their status is but based on their answers our system knows what the status is and is then able to set those trials up. Same thing for a patient may not be able to say, "Well, I've had a prior proteasome inhibitor or haven't," if they're able to answer questions based on the drug names, our system is smart enough to know what classification the drugs are. And then based on exposure or nonexposure we're able to mark down and say whether they're appropriate for trials that either require or disallow it.

Jenny: So you're going to have patients who have been maybe on a proteasome inhibitor and it may not be working for them anymore, and they don't even know what that is because they're not sure what the class of drug is, they just know it by the name.

Brian McMahon: Exactly. If they say, "Yes. I've had Velcade," then we can go okay and we know what that's looking like, and we can set the backend appropriately and show them the right trials based on that.

Jenny: So how do you keep up to date on all of these trials? There's just so much to keep track of.

Brian McMahon: This is the hardest thing. Jenny, it's funny. We're at a point now in the company where it's really email-based at this point. The pharmaceutical partners that we have as trial sites the opening and closing and those things are happening, emails are flying back and forth. This site is opening up. Here's the timeline for this one. We need to find a really good way to manage this process. We're working with our partners now to do that. A lot of it still is picking up the phone and calling. I think that one of the biggest values, I would say, that we add to myeloma patients is time. As a cancer patient, as a caregiver we know how valuable time is, and the last thing we want to do is have a patient who spent two weeks trying to figure out what these treatment options are. Clinical trials are not going to be right for everybody at every stage of their disease but our thought is how do we help make people aware of what those options are so they're fully informed and they're aware of what those options could be, and then they can make those decisions whether they're newly diagnosed, untreated or whether they're relapse refractory, third relapse, whatever this is looking like. At every step of the way there could be an eligible clinical trial. We want to help them find that very quickly, very easily, have that conversation with the doctor and then they can make that decision.

Jenny: Well, you talked about the nurse navigator and that you'll be adding that soon. Is there anything else that you're looking to add in the future?

Brian McMahon: What we're finding is that patients want to get results right away. Before we used to say, "Well, you have to answer these 12 questions before you get your results." Now we're at a point where as soon as they answer that first question, we show them what the results look like. As long as they continue answering questions they're going to see those numbers going down and down. In this sense the smaller amount of numbers is actually a good thing for patients. They don't have to sort through that themselves. So it's things like that that we're learning to really improve that process for patients as they walk through this.

Jenny: Well, as a patient, I just have to tell you that this is by far the best tool that I've seen to find a multiple myeloma clinical trial. So I congratulate you on your hardware and what you've been able to accomplish so far. I think it's just terrific.

Brian McMahon: I really appreciate that.

Jenny: I'm just so impressed with how much you've done in such a short amount of time. I can tell you are a true entrepreneur. We've seen a lot of them in our family.

Brian McMahon: Thank you. That's very kind of you. I really appreciate that. It's worth noting too that a lot of what we do is really geared towards making this easier for patients to understand. A good for instance is not only does it matter what the distance of the trial site, it's 20 miles away, its whatever that is, but one of the big factors too is what's the obligation for the patient, how often are they going to have to go to that trial site because if a trial is an hour and a half away, if they only have to go once a week for three weeks and they have some time off or whatever it is, how can we help set expectations so they can understand how often they're going to have to travel aside from just "It's this far away?" We're doing a lot to put this in the terms that patients can use to really take action, and that's one of the biggest things. How do you take action based on this even if to say at this point clinical trial is not right for me? That's okay as long as we're helping to break that down and make this easier for patients to come to whatever decision they're going to come to, we think we're doing what's right for the patient then.

Jenny: So in myeloma, you're never really done with myeloma until we get a cure. It's in your best interest to look ahead and plan ahead and see what's possible and what the potential is for you for yourself personally.

Brian McMahon: Yes. I don't think I could say it better and I don't think I could stress that anymore. I mean you just really have to be an advocate for yourself. You have to keep pushing and get as informed as you can, surround yourself with people that can help, and go to those community sites like Myeloma Crowd where you can learn about what the research is, where you can reach out and hear from other patients and what their experiences have been, incredibly beneficial and really powerful especially for disease like myeloma.

Jenny: Brian, thanks for joining us today. We're so thankful that you took time out of your busy schedule here at ASH. I know it's a crazy conference and you're trying to get a lot done while you're here. We appreciate you taking the time to share a little bit more about SparkCures.

Brian McMahon: This is great. It's always good seeing you here. This is awesome. Thank you very much. 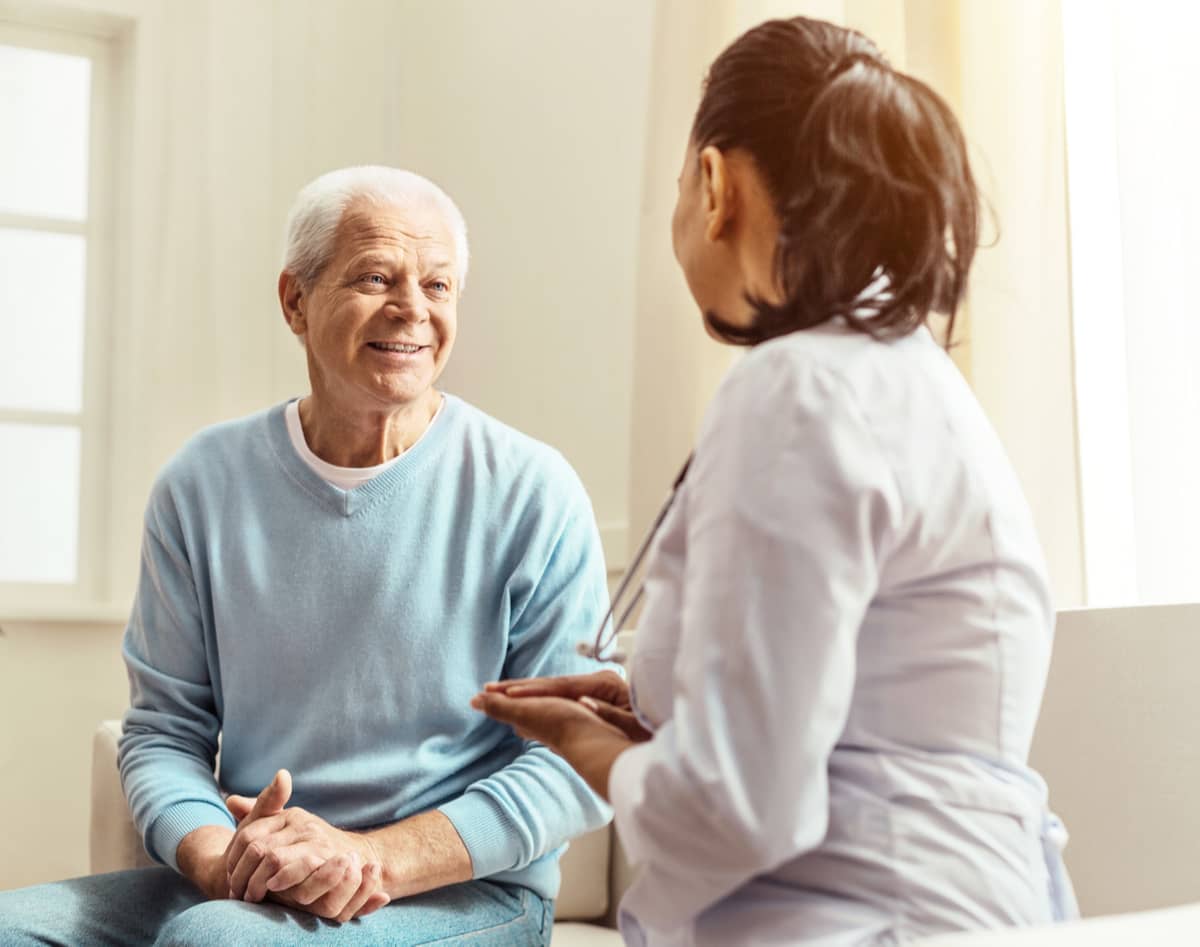