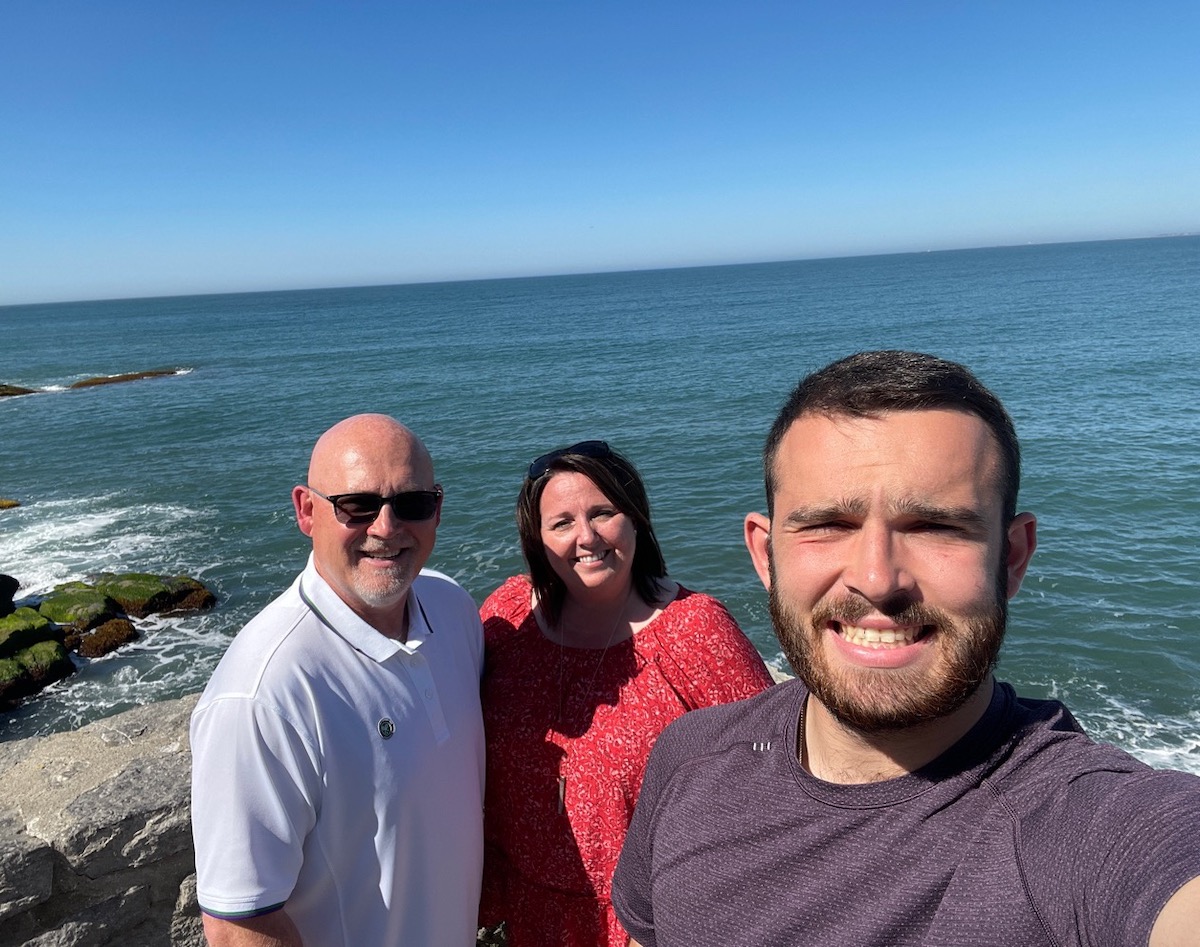 My Perspective and Life with Multiple Myeloma - By Christopher L. Clarke (Chris)

My name is Chris Clarke and I live in Kentucky.  Home of the Bluegrass Music, Kentucky Derby, fast horses, and Bourbon. While starting 2021, my family was hoping that this year would be free of cancer.  We had made several vacation plans and did a few of them.  My son currently plays College Tennis so that takes up plenty of our time.  It’s something we have done for the last 12 years.

If I go back 2 years, my father was diagnosed with Colon and Lung Cancer in January 2019.  While we knew something was wrong, we were hoping it wasn’t cancer.  He lived 130 days after being diagnosed and was at home under the care of Hospice.  My mother was devastated as they had been married for 54 ½ years.

In February 2020, my mother wasn’t feeling well, and we knew something was wrong when she became yellow.  They ran several tests, and her bilirubin numbers were over 5 but we knew something else was wrong.  After another round of tests, she was diagnosed with Pancreatic Cancer.  She lived 101 days and passed away after her 70th birthday.  Mom was also under Hospice care and by chance, was the same Nurse and Care team that took care of my dad.

Fast forward to 2021, I had my annual physical and blood work which came back abnormal which led to another blood workup and then a third round.  Prior to the third round, my wife and I reviewed by LabCorp results and realized that my protein numbers were close to 10. After doing lots of research, we realized that Multiple Myeloma was going to be the diagnosis.  Once we met with my Family Physician, we called the Cleveland Clinic and got an appointment scheduled within 2 weeks.  While there and a plethora of tests, it was confirmed that I had Smoldering Multiple Myeloma and we would come back in 90 days and see what my numbers looked like.  Well, they had progressed in 90 days to active Multiple Myeloma and a treatment plan had to be established.

As the title says, My Journey and MY Perspective and Life with Multiple Myeloma…!!  The last couple of years have been difficult as Cancer has been something we have researched, reviewed, discussed, prayed about, and hoped, it would be something in our near future.  Let alone, being told that I had cancer.  But it is what it is and I’m taking things one day at a time.  I have a sign in my home office that says, “This Too Shall Pass”, it will.  While it won’t be easy, I will make it to the other side of Spring in 2022.

Life is about “Perspective” and how you look at things.  I’ve decided that there is something I’m to learn from this, educate others and help become a better person. Being from Kentucky, I’m a glass-half-full kind of person, although it is half-full of Kentucky Bourbon. I’ve also dedicated myself to getting healthier after running marathons in the 90’s and serving in the Army in the late 80’s.  I’m up at 5 am and out the door for a 45 minute to hour walk and/or on my Peleton.

As I prepare for the next few cycles of my treatment, the plan is for SCT in January. I’m preparing for that and getting things in order at work, at home, and with the family.  While I have complete confidence in my team at UK, I’m not going into this naïve.  I’ll be meeting with the team at UK in mid-November to discuss my current blood work results (blood work today) and make sure things are on track.

I’ve kept a journal from the first day of my treatment plan and will maintain that for the foreseeable future.  It has been something that I’ve enjoyed doing which has helped put the words together.  Having a supportive family has been instrumental in what I’ve been undergoing.  My wife, who is my biggest supporter, has been there from day one and will be for the future. After being married for 31 years, we are looking forward to retirement in the next few years. Fortunately for my wife, that is coming in less than 2 years and approximately 6 years for me.

As I mentioned above, my son plays College Tennis, and he will graduate in about a year and half before going to Graduate School. I have plenty of things to look forward to including my son finding a spouse, having kids, and playing golf while enjoying retirement with my wife.

I hope everyone enjoys the rest of 2021 and that 2022 brings about new opportunities and challenges that I will conquer…!!  We are ALL Multiple Myeloma Warriors.

In closing, I would like to thank the team at Healthtree for providing their website and the information to help me understand Multiple Myeloma.  While I have a lot more to learn, I do want to become a Coach one of these months to help others understand MM when they are diagnosed.