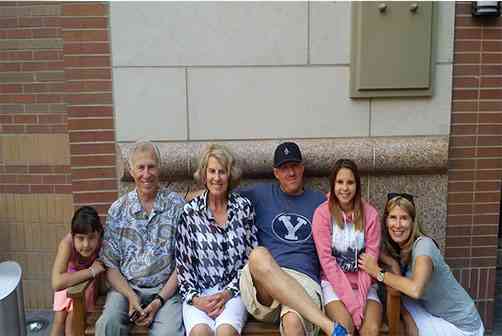 With myeloma, sometimes it's just mind over matter

When I was first diagnosed with myeloma in January 2012, my treating oncologist had me on a regiment that included insane amounts of Dex, along with Revlimid and a whole host of other drugs, none of which I can remember anymore. Rather quickly, I started feeling horrible. My voice changed dramatically. And I literally felt like I was floating when I walked around. I would take my daughters to school, or go to the grocery store, and it was a huge struggle. I dreaded mornings. I would wake up, climb up a few stairs to the family room and feel like I was going to pass out. I called my doctor's office and spoke with a nurse. "Why do I feel so terrible?" I asked. I kid you not, she started laughing. Like really laughing out loud, and this laugh lasted longer than I was comfortable with. How was any of this funny? Finally she said, "You have myeloma!" Ok... "As a myeloma patient, you just really need to prioritize what you must do and plan for it. Rest up for it. And the rest of the time, stay home and rest." And that was it. I finally was able to get my insurance switched around and became a patient at the Huntsman Cancer Institute at the University of Utah in Salt Lake City. At my first visit, when he saw the list of drugs I was taking, he said, "How do you feel taking all that Dex?" "Is that why I feel so horrible?" I asked. "It doesn't help. We are cutting that back by more than half." And it did help. I was still on all kinds of other meds and I still didn't feel well, but the Dex was a killer. And so I simply had to talk myself out of feeling the way I was. For example, I might have felt like I was floating, but I wasn't floating. I might feel like I wanted to pass out at Costco, but I knew I wasn't. And I mastered this concept. I'd tell myself "this isn't real, it's just the drugs playing mind games on me. I will win." And, yes, it often took the joy out of many things I wanted to do because all my energy was spent trying to talk myself out of crawling into a ball and not moving, at least I was able to go out and about. Here I am, some two years post tandem stem cell transplant and I still have those moments where I feel awful. Usually it's Sundays or Mondays. I take Dex-Velcade as part of a two-year maintenance plan. When I crash from Dex, I can feel extreme fatigue. And when I'm that tired, my brain doesn't want to work either. Everything and everyone annoys me. I'm just... fatigued beyond belief. But since fatigue can be unpredictable (sometimes I have no fatigue at all, sometimes I have fatigue on unexpected days), I have to role with the punches and, at times, talk myself out of it. On Fridays, which are the days I take Dex, I usually have incredible amounts of energy. But this past Friday was an exception. I was so tired that after my infusion appointment, I had to go home and nap. I never take naps on Fridays, that was weird. And on Saturday, I felt so fuzzy and tired. By evening, though, I had plans and I wanted to go out with friends. So I did. I got dressed up and off we went. I felt awful the whole night, fuzzy, tired, and a little light headed. I had to talk myself down from those feelings so I could do what I wanted to do. Today is my mom's birthday. I wanted to sleep all day. I didn't. I went to lunch and did some shopping with her. These moments are important. Life happens every day and I want to be part of it. Since I'm in remission and nothing is "wrong" with me per se, I feel like I can push myself. Rest and nutrition is important. But every time I push myself, it's my way of not allowing myeloma to control everything I do. It already has controlled so much, too much. I might feel fuzzy today, but I just looked at myself in the mirror. Nope, I'm not fuzzy. When I feel like I'm floating as I walk down the aisles at the grocery story, I know I'm not floating. Each step I take is on the same floor that everyone else is walking on. I've gotten better and better and talking myself through reality. Let's hope it continues.