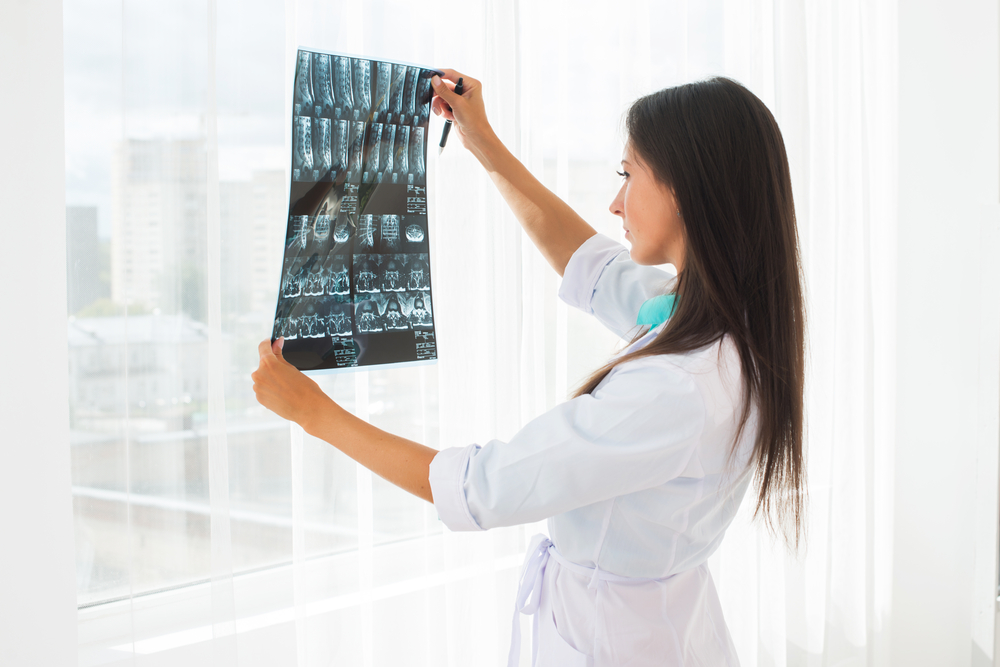 Researchers with the Myeloma Institute at the University of Arkansas for Medical Sciences (UAMS) have identified one reason myeloma patients respond differently to treatment — the cancer cells can vary in type and intensity depending on where in the bone marrow they are located. The team headed by Leo Rasche, M.D., and Niels Weinhold, Ph.D., reported these findings in the Aug. 16 edition of the online publication Nature Communications in the article “Spatial genomic heterogeneity in multiple myeloma revealed by multi-region sequencing.” The study highlights the need to investigate more than the standard biopsy site to obtain correct risk profiles. For the study, which included 51 patients, the researchers tested several areas of the cancer including specimens from both the pelvis and from so-called focal lesions, which are nodular plasma cell accumulations present in most myeloma patients and which are found through radiology. The authors, which include Rasche, Weinhold, the institute’s director Gareth Morgan, M.D., Ph.D., and the deputy director Faith E. Davies, M.D., showed that the most aggressive tumors frequently were only found in focal lesions.

“The genomic profiles of the abnormal plasma cells could be very different between the sites of focal lesions and the pelvis, but the pelvis is the standard site where biopsies are taken for diagnostics,” said Rasche.

He added that the disease was not evenly distributed in the bone marrow but was instead a patchy disease with hotspots.

“In our study for the first time we describe that high-risk myeloma could be hidden somewhere in the skeletal system and not necessarily be present at the iliac crest, which is on the upper, outer edge of the pelvis. There’s only one institution in the world that routinely biopsies focal lesions, and that’s at UAMS,” Rasche said. “If there is a lesion that is suspicious in imaging, then it would be checked.”

Future research at the Myeloma Institute will investigate non-invasive techniques such as medical imaging or tests from the peripheral blood to better identify patients with aggressive tumors. Until then, suspicious focal lesions have to be biopsied.