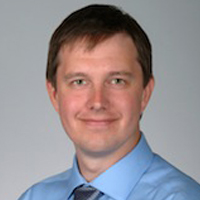 A virus that is fatal to rabbits could be lifesaving to human cancer patients – particularly those with myeloma – says a leading virologist. Myeloma Crowd founder Jenny Ahlstrom interviewed Dr. Eric Bartee for the mPatient Myeloma Radio podcast Nov. 14 . Dr. Bartee is an assistant professor of Viral Oncology at the Medical University of South Carolina.

“My training … is actually in virology,” he said. “I’m not really a cancer person, but I’m fascinated with how viruses interact with cells and interact with their hosts and, in particular, how we can use these interactions therapeutically or in a clinical setting to try and treat a variety of human diseases.”

The concept of virology is not new, Dr. Bartee said.

“The idea of using a virus to treat cancer has been around for probably 150 years, and that’s kind of amazing because 150 years ago they didn’t even know what a virus was,” he said. “But they knew that if you had a leukemia or a blood cancer and they inoculated you with what turns out to be flu, your cancer went into remission. And so clinically they were using this. A hundred, 150 years later, obviously we’ve gotten a little better. We know what the viruses are. We understand how they work.”

How does it work? The basic concept: Take a virus that replicates better in a cancer than in a normal cell and inoculate a patient with it. “You will kill the cancer faster than you kill the patient and that’s basically where any cancer therapy comes from,” he said. The virus that Dr. Bartee is now using is called the myxoma virus: smallpox for rabbits. This particular virus has been studied for about 50 or 60 years. It was initially used in Australia as a bio-control agent to kill off the native rabbit population.

“It’s very, very potent as a rabbit pathogen but in humans, it’s completely safe,” he said. “You can drink it; you can inject it into your bloodstream and nothing happens. It’s like it disappears.”

And not only is myxoma safe for humans, Dr. Bartee says, it is very good at killing cancer cells.

“If you put myxoma into a cancer, then you effectively give the cancer smallpox for rabbits,” Dr. Bartee said. “The cancer will die off very rapidly, and the patient has basically no symptoms from the treatment. So we’re really excited about that.”

“We came into this as virologists and what we knew is that viruses are very, very good at killing cells in a test tube,” he said. “Incredibly good. Any virus can kill any cell in a test tube to a large extent.”

And so Dr. Bartee asked a question: “Are there situations that are clinically relevant to people with cancer where we can actually use the ability of our virus to kill cancer in a test tube to improve a patient’s outcome?” The answer: Stem cells that have been harvested for autologous transplant.

“Particularly myeloma is the number-one disease in the world that’s treated with autologous stem cell transplants,” Dr. Bartee said. “Somewhere between 12,000 and 15,000 patients in America a year are treated with that. That’s a very good treatment. It’s the number one treatment for myeloma if you’re eligible.”

Dr. Bartee’s idea is to use the myxoma virus to kill myeloma cells that remain in the stem cell sample after the cells are harvested.

Other methods of removing myeloma cells from the stem cells have been attempted in the past, but these were time-consuming and not very effective. Using myxoma, Dr. Bartee said, is fast and simple.

“So literally the only thing that you have to do to remove the cancer cells from a graft with myxoma is take the transplant sample, add the virus to it and wait about ten minutes, and then infuse your sample just like you would have anyway,” he said. “You could do this while the transplant sample was on ice. Basically you just have to add the virus and shake once or twice and that’s it.”

The reason the process is so quick is that the virus merely needs time to bind to the cancer cells – not kill them entirely – before the sample is infused into the patient, Dr. Bartee said.

“Once the virus is on the cancer cells, those cells are going to die,” he said. “Nothing you do will save them at that point. So if you inject that cell into the patient, even if the cell is actually still alive when you inject it, it’s basically been loaded with a little viral time bomb and that time bomb is going to go off and it’s going to kill the cell. “

Where is the myxoma research now?

“We think we’re nearing the end of our animal work,” Dr. Bartee said. “We’ve shown in the animals that if you take a sample that’s contaminated with cancer cells and you treat it with myxoma for ten minutes and then you inject it, you prevent the disease from developing in those animals. We’ve showed that the virus is perfectly safe. It doesn’t cause pathology in the animals and more importantly, we showed that the virus doesn’t affect the hematopoietic stem cells. It doesn’t kill those cells, it doesn’t bind to those cells at all, it doesn’t prevent the reconstitution of a patient blood system after the transplant.” “And those are the two things that we think were really important coming in,” he added. “Did it kill the cancer and did it kill the stem cells? And it turns out it does kill the cancer, it doesn’t kill the stem cells. So it looks good.”

The next step is to do a clinical trial in humans. Dr. Bartee said.

“Undoubtedly it will be a phase I safety trial,” he said. “But to do that, we need to generate a clinical-grade virus ... That quality of virus is very difficult to produce, it’s very expensive. And so that’s where we are currently. We’re trying to find a method to get that high quality clinical-grade virus so that we can start a clinical trial for removal of myeloma from transplant samples.”