close
person Sign In / Create Account
ASH 2017: Expert's Picks - Daratumumab Treatment in Smoldering Myeloma
Posted: Dec 18, 2017
I asked some of the world’s best myeloma specialists what they considered to be their favorite ASH 2017 myeloma abstracts. I am so pleased to provide the myeloma patient population the “Best of the Best ASH 2017 Myeloma Abstracts.

In an ASH session on which Myeloma Crowd's Eric Hansen reported, titled “Controversies in Myeloma”, Dr. Ola Landgren reviewed the data on treating  “smoldering myeloma” early,  vs. observing until progression.  He also questioned whether or not there actually is such a thing as smoldering myeloma.  His conclusion is that there is not. It is his opinion that there is just myeloma, and it needs to be treated early, rather than (too) late. 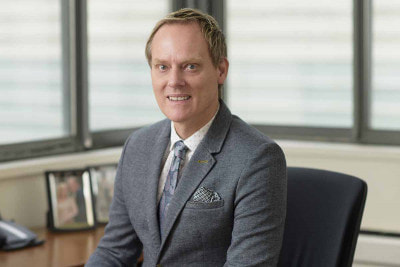 Dr. C. Ola Landgren is the Chief of the Myeloma Service in the Division of Hematologic Oncology at Memorial Sloan Kettering Cancer, and Professor of Medicine at Weill Cornell Medical College. Previously, Dr. Landgren was the Chief of the Multiple Myeloma Section at the National Cancer Institute (NCI) in the Center for Cancer Research. He is one of the pioneers in the development of MRD testing in myeloma, in collaboration with colleagues at Memorial Sloan Kettering Cancer Center (MSKCC) and he implemented advanced MRD testing in clinical trials at MSKCC. Dr. Landgren is involved in the service’s rational treatment program (small molecule, monoclonal antibody, immune-based) for newly diagnosed, relapsed and refractory myeloma and amyloidosis patients. In addition, he studies the mechanism and markers of progression from MGUS/smoldering myeloma to symptomatic multiple myeloma, and the identification of high-risk precursor patients who may be candidates for early treatment. He has a strong interest in the development of early-treatment clinical trials targeting high-risk smoldering myeloma. Dr. Landgren has chosen Abstract  510 as one of his favorites. Abstract 510 - Daratumumab Monotherapy for Patients with Intermediate or High-Risk Smoldering Multiple Myeloma (SMM): Centaurus, a Randomized, Open-Label, Multicenter Phase 2 Study Dr. Landgren states,

Information presented in the clinical trial:Introduction:

A large prospective study showed that multiple myeloma evolves from a premalignant asymptomatic precursor stage. Current guidelines for Smoldering Myeloma recommend monitoring patients every 3-6 months for active myeloma before initiating treatment. Early intervention to delay or prevent evolution of smoldering myeloma to active disease could benefit patients. Daratumumab (DARA) is a human anti-CD38 monoclonal antibody approved as monotherapy and in combination with standard of care regimens patients with relapsed and/or refractory multiple myeloma. DARA has several mechanisms of action, including immunomodulation, and is well-tolerated in relapsed/refractory patients. We hypothesized that DARA may delay the progression of smoldering myeloma  to symptomatic myeloma. Here, we present preliminary data from a phase 2 study (CENTAURUS: NCT02316106) evaluating 3 DARA dosing schedules in patients with intermediate or high-risk SMM. Methods: Patients were randomized to 1 of 3 treatment arms receiving DARA 16 mg/kg intravenously in 8-week cycles. In the long intense dosing schedule (Long), DARA was administered weekly in cycle 1, every other week in cycle 2-3, every 4 weeks in cycle 4-7, and every 8 weeks up to cycle 20. In the intermediate dosing schedule, DARA was given weely in cycle 1, and every 8 weeks up to cycle 20. In the short intense dosing schedule, DARA was given weekly for 1 cycle. In addition to blood monitoring, an MRI was performed every 6 months for the first 3 years. The two co-primary endpoints were complete response (CR) rate and progressive disease.  Other efficacy endpoints included overall response rate (ORR), progression-free survival (PFS), time to next treatment, and overall survival rate at 4 years. Results: A total of 123 patients were enrolled (41 patients in each arm). The median time since initial Smoldering Myeloma diagnosis was 6.83 months. The number of patients with ≥2 risk factors at screening were balanced between treatment arms (81% for Long and Int; 83% in Short). Safety data, including the most common treatment-emergent adverse events (TEAEs) are summarized in the Abtract.  With median follow-up of 9.6 (range, 0-17.9) months, ORR was numerically higher in Long (56%)  than Int (51%) and Short (38%). Median Progression Free Survival (PFS) was not reached in any treatment arm.  The estimated 12-month PFS rates were 98%, 93%, and 89% in Long, Int, and Short, respectively. Conclusions: DARA was well tolerated in Smoldering Myeloma, with a safety profile similar to that in Relapsed/Refractory Myeloma. Follow up for efficacy is ongoing. A phase 3 study (SMM3001) is planned to evaluate long intense dosing with subcutaneous administration of DARA in high-risk SMM patients. More and more myeloma specialists believe that treating myeloma prior to reaching the active myeloma state or end organ damage is the best treatment approach.  However,  no treatments are approved in the US or around the world other than those available though clinical trial.  Most of the early clinical trials have shown improved Progression Free Survival and Overall Survival. Dr. Landgren's belief is that mono-therapy DARA will likely be the first early treatment to be FDA approved, and may be the beginning of the end for myeloma as we know it. Ultimately Dr. Landgren believes that combination therapy will be the way to treat these patients, but we need drugs approved and having DARA approved is an important first step.