How important is MRD testing for myeloma patients and what are the practical implications of using it in clinical trials as an earlier end-point? This is the question addressed at a Wednesday ASH 2020 workshop by several multiple myeloma specialists. Experts believe it is a useful and evolving tool.

Pierre Demolis, MD, PhD of the French Medicines Agency, EMA noted that the most important questions surrounding MRD are still:

Sarah Holstein, MD of the University of Nebraska reviewed an MRD study of real world use of testing in myeloma. As you can see in the chart, the most common forms of MRD testing are flow cytometry and Next Generation Sequencing (NGS) testing. Using imaging to detect residual disease is also being used. In a Thursday ASH panel, myeloma experts stated that their preferred test was the NGS MRD test. 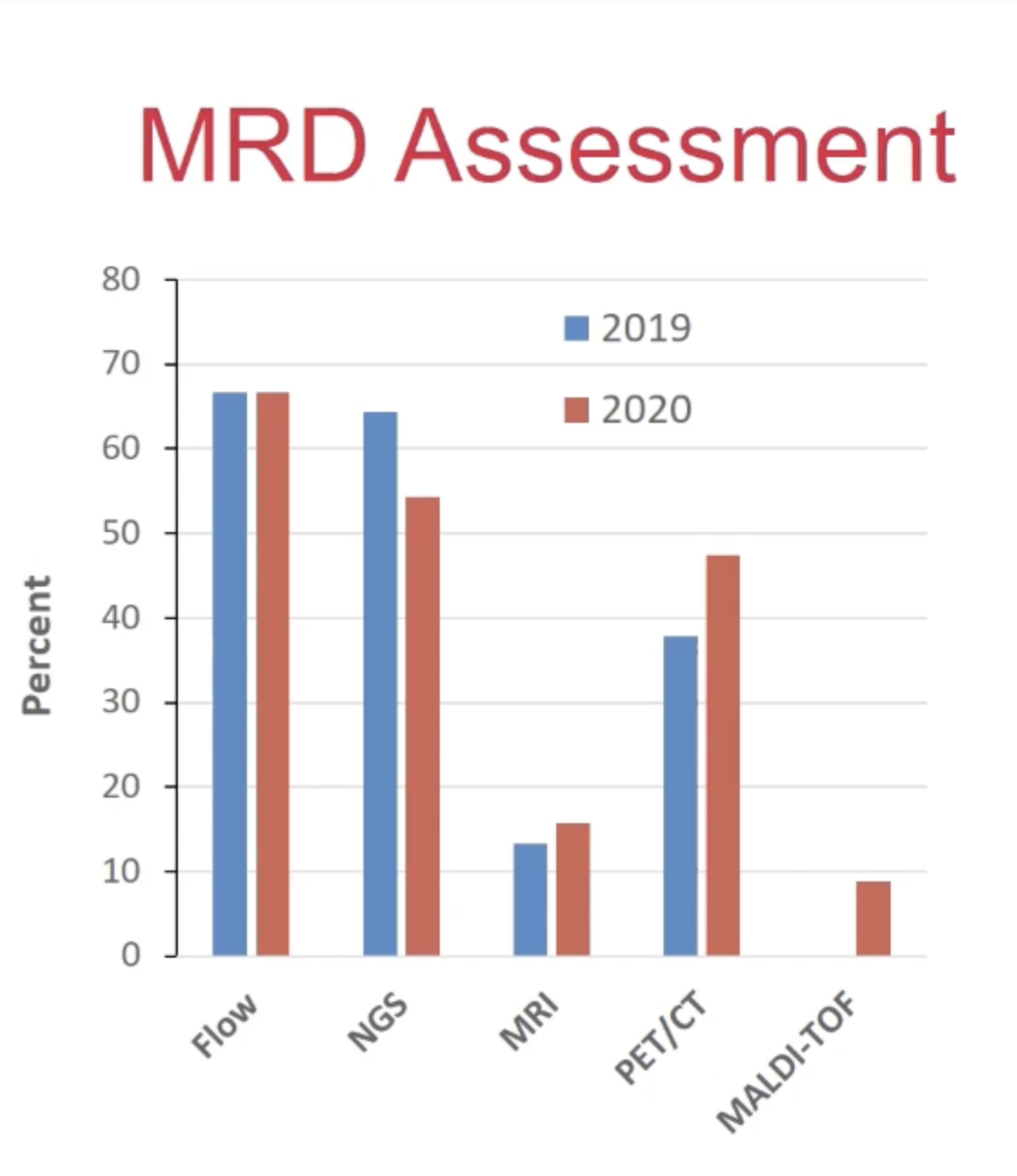 When asked if the use of MRD testing changed the way experts treated myeloma patients, 56% of specialists reported that it triggered a change in watching the movement of a patient's disease, but only 21% reported that it changed the way they treated the patient. Dr. Holstein noted that there has been an increase of MRD testing, but the tests still vary in type of test, sensitivity, timing and frequency. Only a minority of doctors are using it to guide treatment decisions.

Francesca Gay, MD, PhD of GIMEMA of the European Myeloma Network in Italy dove into the details of a real-world clinical trial that used MRD testing to see which arm of a trial was better:

The KRD plus transplant arm was the winner with a higher rate of sustained MRD negativity and better progression free survival.

Patients in the FORTE trial were split between two different maintenance arms - one using Kyprolis/Revlimid and the other using Revlimid alone. Patients who moved from MRD positive to MRD negative during maintenance was higher in the KR arm (46%) compared to the Revlimid arm (32%) and the KR maintenance arm also improved progression free survival (81%) compared to the Revlmid alone (68%). This suggests that using the KR combination as maintenance is much more likely to provide longer lasting remissions but expert in the Thursday panel noted that it also could increase toxicity.

The chart below shows that even for MRD negative patients, the KR arm was still better than Revlimid alone. Dr. Gay also noted that the MRD results were similar for high risk patients as well as standard risk patients. 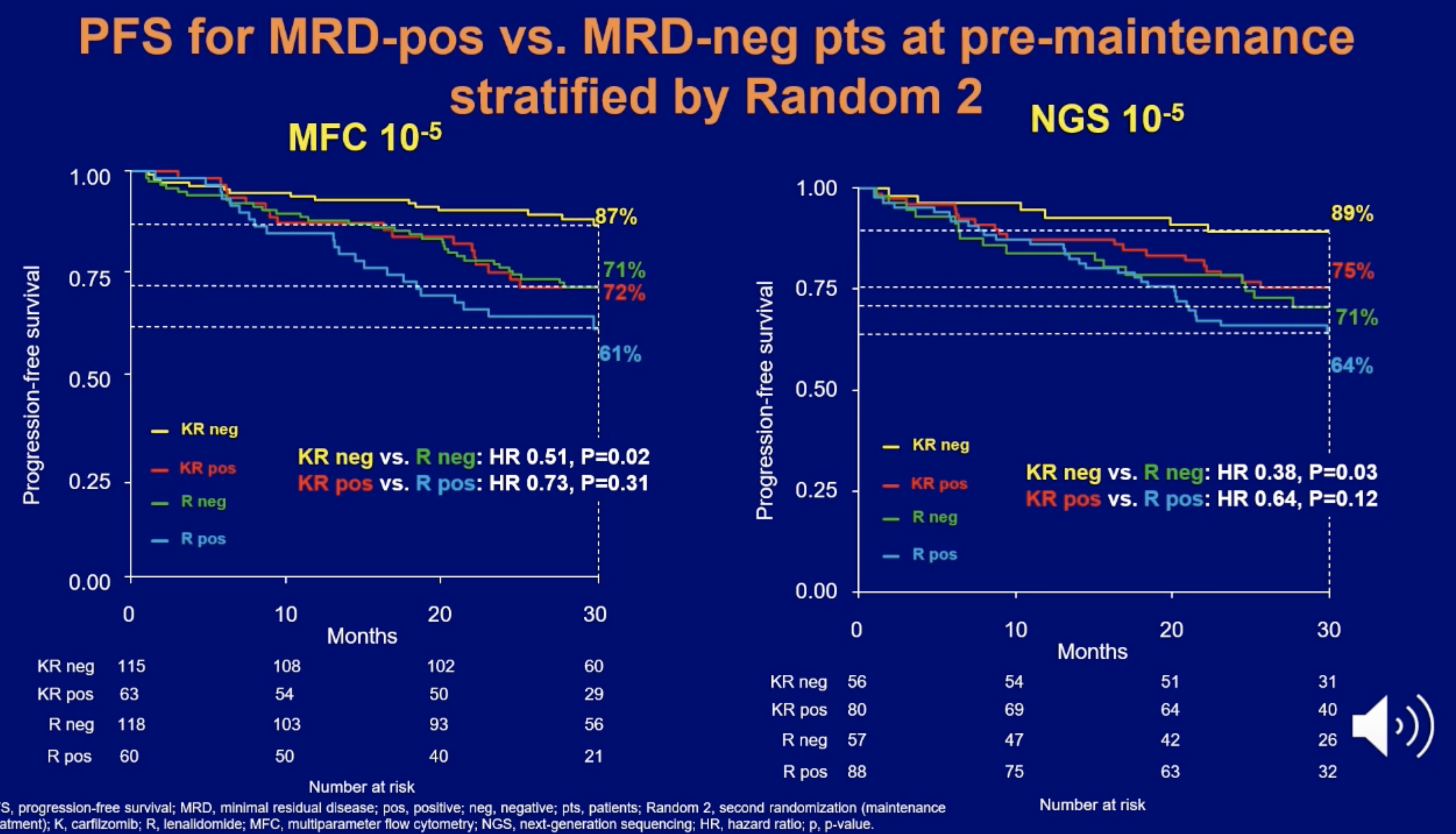 In conclusion, the myeloma community agrees that MRD testing will continue to be included in clinical trials. This additional data will help us understand the answers to the lingering questions.