“Vision is the art of seeing what is invisible to others.” —Jonathan Swift 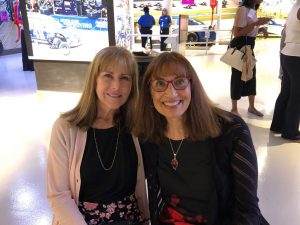 As a Myeloma Coach for Myeloma Crowd, I recently had the opportunity to attend the Plasma Cell Disorder Congress in Charlotte, NC. Presenters included prominent national and international myeloma physicians and researchers.

In addition, I had the experience of stepping away from "my personal myeloma" and catching a glimpse—a small vision—of the bigger picture in which myeloma physicians and researchers are engaged. The exchange of information among physicians is something that is largely invisible to those of us who are on the receiving end of therapy.

The concept of vision—especially the art of seeing what is invisible to others—relates to one of the topics that was presented. Dr. Jens Hillengass from Roswell Park Comprehensive Cancer Center presented Novel Imaging in Multiple Myeloma. Dr. Hillengass provided a historical overview of imaging, discussed the different types of imaging used in myeloma, and identified the advantages and disadvantages of each. Because bone disease is a hallmark of myeloma, it's important for patients to know about the various types of imaging techniques that are used to diagnose and monitor our disease.

Most patients have had a skeletal survey, which is a series of X-rays of the entire skeleton. A skeletal survey reveals bone lesions that appear as translucent holes or punched-out lesions that have formed as a result of the myeloma. While largely available and relatively inexpensive, the skeletal survey lacks sharp imaging—there has to be destruction of 30 to 50% of the bone before anything is visible on X-ray, making it difficult to accurately assess the extent of damage.

The more advanced Whole Body Low Dose Computed Tomography (WBLDCT) is superior in detecting bone defects, and it has prognostic significance. However, it has the disadvantage of a much larger radiation dose than a skeletal survey. Like the skeletal survey, CT displays mostly bone destruction, but it can also be useful for assessing bone stability. The International Myeloma Working Group (IMWG) includes lytic lesions detected by WBLDCT as justification for treatment in myeloma patients, even those who are not otherwise symptomatic.

Magnetic Resonance Imaging (MRI) uses a strong magnetic field and radio waves to produce high-resolution images of soft tissue and bone marrow. There is no radiation exposure. MRI can show infiltration by myeloma cells before bone has been destroyed and can also differentiate between benign and malignant fractures. However, with MRI, the significance of residual lesions isn’t clear, and it is inferior to CT for evaluating bone stability. MRI cannot be used in some patients with certain kinds of metallic implants. Anyone who has experienced an MRI scan will remember the loud thumping noises of the magnetic fields as they are cycled on and off—ear protection is a must!

Diffusion-Weighted Magnetic Resonance Imaging, also known as Whole Body Diffusion Weighted Imaging (WB DWI), is an advance in imaging that will likely have an increasing role in detecting and quantifying disease as well as guiding therapy. WB DWI is currently the most sensitive technique for bone marrow imaging.

Positron Emission Tomography (PET) is a nuclear medicine technique that uses a small amount of a radioactive material called a tracer that travels through the blood and collects in organs and tissues. The tracer allows the radiologist to detect increased levels of metabolic activity referred to as Standardized Uptake Value (SUV), which can indicate the presence of active myeloma. However, a disadvantage is that areas of inflammation or healing can also cause uptake, which can be appear to be active myeloma and lead to false positives. The most commonly used tracer is fluorodeoxyglucose (FDG), but novel tracers with greater sensitivity are being studied. PET is helpful for evaluating focal lesions after therapy.

When PET and CT are combined, sequential images are acquired and merged into a single superimposed image. This means that the functional imaging of PET can be aligned with the anatomic imaging of CT scanning. Importantly, PET/CT has prognostic significance and is considered a factor in assessing measurable or minimal residual disease status (MRD).

The benefits and disadvantages of various imaging techniques have been briefly touched on, but other considerations include availability, cost, and insurance coverage. Myeloma patients will likely encounter one or more of these imaging techniques, not only at diagnosis, but also throughout therapy. Clearly, radiologists who “see what is invisible to others” are important members of the myeloma team.

Editor’s note: Dr. Hillengass will be a featured speaker at the Buffalo Myeloma Crowd Round Table on November 2 in Niagara Falls, NY.  You can also listen to his interview on Myeloma Crowd Radio, which was conducted before he joined the Roswell Park Comprehensive Cancer Center’s faculty.