The Mambo for Myeloma Awareness Initiative’s motto and goals are simple:

Are you wondering if the Mambo for Myeloma Awareness Initiative is beginning to make a difference?

Let’s tackle the first and last questions. The answers are a resounding YES and YES! We have so many great, unique videos posted to YouTube and photographs posting to our Mambo for Myeloma Community Facebook page.  No two are alike! You can take a look right HERE 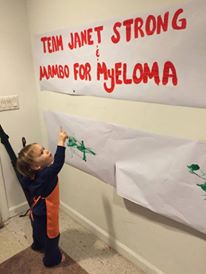 The videos and photos are from multiple myeloma, smoldering myeloma, and MGUS patients (both smoldering myeloma and MGUS are precursor stages of myeloma) and supporters around the world ~ The United States, Mexico, Canada, the UK and India, Australia!

Yoddhas, the first support group for cancer patients in India, submitted this video which they filmed in New Delhi on World Cancer Day. Watch video HERE . Yoddhas, which means “The Warrior”, was founded by Rahul Yadav, a 29 year old Multiple Myeloma patient who just completed a stem cell transplant. 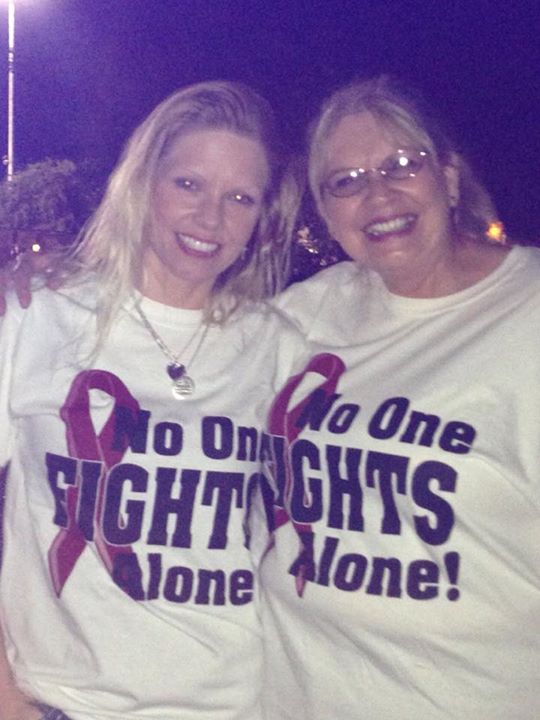 Mambo for Myeloma “Team FeeBee Andrews” has embraced the challenge aspect and has posted so many videos inspiring FeeBee Andrews. Hundreds have “danced” for FeeBee.  Most recently her 15-year old daughter, Mackenzie, a high school freshman, along with her classmates and teachers at Golden West High School in Visalia, CA, planned and choreographed a school rally and Mambo for Myeloma. Hundreds of students participated, along with faculty, administration and parents! KMPH FOX NEWS 26 took notice and reported this awesome story during their 10 p.m. newscast on Valentine’s Day. Watch it here.

These energized students (watch their Mambo dance video reached hundreds that day and spread awareness to hundreds more during the newscast! Local newspapers have covered Team FeeBee. You can read the story here.

These are just two examples of how the Mambo for Myeloma is spreading awareness and inspiring those for whom we “dance”. There are so many more, have a look at some of the other great videos! View by clicking here and here.

Now onto the second question.

Some of the Mambo for Myeloma videos are fundraising efforts. Family and friends of Ronald Kretz, a multiple myeloma patient in Florida, held a benefit in his honor and raised funds which were donated to the Multiple Myeloma Research Foundation (MMRF). Watch video here.

We have singer, songwriter musicians making videos  and inspiring Lori Kauzlarich, an MGUS patient in Iowa.

Lori's family and friends are raising awareness, wearing Mambo for a Cure in 2015 shirts and donating to the International Myeloma Foundation (IMF) in her honor.

The International Myeloma Foundation (IMF) has a dedicated “Mambo for Myeloma” fund for donations made on behalf of this initiative. 100% of the proceeds are used for myeloma research!

Recently TAKEDA took notice. TAKEDA is the pharmaceutical company which makes the multiple myeloma drug Velcade. Velcade is used in both upfront myeloma induction therapies as well as in the relapsed/refractory myeloma setting.

Tracy Stobart May, an MGUS patient who is a jewelry designer in Ontario, Canada, is designing and making beautiful Swarovski crystal bracelets to support awareness and research for Multiple Myeloma. “Hope for a Cure ~ Multiple Myeloma Awareness” bracelets will be made to order, with 100% of the proceeds directed to the following myeloma research organizations ~ CrowdCare Foundation, IMF, MMORE, MMRF and Myeloma Canada. PayPal account is required. Have a look and order HERE.

We have Mambo for a Cure in 2015 with The Crowd shirts (five styles to choose from) available for a limited time, 100% of the proceeds will be donated to the recenlty launched MRCI ~ Myeloma Crowd Research Initiative.  The initiative combines myeloma specialists with educated “epatients” to select and fund promising research projects in myeloma. This is the first time a united group of patient activists have helped steer the direction of myeloma research. Read about MRCI HERE. Order your shirt before time runs out, last day of sale is Tuesday, March 3rd and receive it in time for your Beach Party Mambo! Order HERE.

We’ve held similar offerings with 100% of the proceeds donated to the MMRF and the IMF. This is a collaborative effort to help raise funds for many of the key myeloma research organizations.

So DO please add this awareness initiative to your TO DO list. Please share these awesome stories about ?#?MamboforMyeloma? as your very own way to kick off #MAM, Multiple Myeloma Awareness Month. And please consider joining our awareness initiative.

Make a video, take a photo, spread awareness, begin to build a bridge to raise funds for myeloma research, and most importantly, inspire those for whom you "dance", just as all of these family and friends are doing.

You can start by sharing this article and asking your family and friends to share it again!  Whatever you choose to do, know it WILL and IS WORKING to RAISE Awareness and Critical Funding for Myeloma Research.