close
person Sign In / Create Account
Myeloma Coach Patrick Kelley Recognizes the Benefits of Self Advocacy and Service to Others, Even Amidst Health Challenges.
Posted: Oct 01, 2020

My multiple myeloma journey has shown me the importance of advocating for myself & getting beyond my own situation to help others!

I was diagnosed with stage II IGG Kappa multiple myeloma on September 23, 2015.  September 23 is my late mother’s birthday.  I believe that God gave me my diagnosis on that day for the purpose of helping others, like my mother always did.  She was a Registered Nurse, & was caring, kind, loving and always helping others!

In September of 2015 I almost collapsed from splitting upper back pain while walking to the Carnegie Deli in New York City while on a work training trip.  I summoned an Uber, and returned to the hotel.  Upon return to Nashville I had a physical with my Primary Care Physician.  He compared my blood lab results to those from the previous year, and noticed that my white and red blood cell counts and hemoglobin were extremely low and my calcium and protein were extremely high.  He referred me to a local Hematologist Oncologist who diagnosed me on the blood labs alone.  Then, a bone marrow biopsy & bone scans confirmed it.

When I was diagnosed over 90% of my marrow was packed with cancer cells, and 10% was circulating in my blood.  My bones were riddled with with holes. I had 6 holes in my skull, including: one below the clivus bone upon which the brain sits; a fractured & collapsed T-11 vertebrae; one on my left femur, big ones on both iliac bones; and holes through out my ribs and vertebrae!

In the Fall of 2015 I underwent induction chemotherapy, and then in March 2016 I had my first stem cell transplant at Sarah Canon Blood Cancer Institute in Nashville.  It was only partially successful.

The more I learned about multiple myeloma the more I recognized the importance of finding a multiple myeloma specialist and Center of Excellence.  I did my due diligence as I do as a lawyer, and found one of the world’s top myeloma specialists at Mount Sinai in New York City.  Given my age (only 45), marrow involvement and the fact that it popped out of the marrow and was circulating in the blood, he recommended that I be treated aggressively and he ordered a second stem cell transplant right away (within 6 months of my first one).  I was in Mount Sinai for 23 days!  Those were the longest days of my life.  Ultimately it was successful, and along with aggressive consolidation and maintenance chemotherapy in January 2018, I was deemed to be in stringent complete response with no minimal residual disease!  I am still receiving active treatment.

I am a volunteer coach for the Myeloma Coach program and HealthTree, and help fellow multiple myeloma patients with moral support.  I am also able to share what I have learned during my journey, including long term disability, Social Security Disability, and mental health tips.  I am also a Ninlaro Patient Ambassador, and have told my story of Living with Multiple Myeloma in six states and also via two live webinars.  I also participate with All4Cure, as well as with our local Gilda’s Club support group and several myeloma support groups in Facebook.

In January 2018 I was diagnosed with Parkinson’s Disease due to External Agents by a Neurologist at Vanderbillt University Medical Center.  I have undergone extensive testing and treatment.  I take several medications and have gone through extensive physical therapy and cognitive therapy.  My favorite exercise is Rock Steady Boxing for Parkinson’s patients.  I am an Encouragement Team Leader & Coordinator for our main Parkinson’s Support group and I helped found an Active with Parkinson’s support group.

In 2019 I had a major spinal surgery to correct a congenital condition named Scheurmann’s Disease with a Neurosurgeon at a local hospital in Nashville. The hallmark of this disease is three wedge-vertebrae and severe thoracic kyphosis in my case about 95 degrees of curvature with a hump or hunched back.  The surgery corrected my slight scoliosis, but it was unsuccessful with the kyphosis and created unintended consequences.  I walked around for 12 months with a fractured L-3 vertebrae and a ton of pain.

I once again did my due diligence as I do as a lawyer, and decided to go to Columbia University’s Presbyterian Allen Spine Hospital for a second reconstructive spine surgery.  The surgery included 4 rods, and fused me all the way from the T-2 vertebrae to the S-2 vertebrae and anchored to my pelvis.  This second surgery was ultimately successful.  My thoracic curvature went from about 95 degrees to 55 degrees.  My lumbar lordosis was restored from 10 to 42 degrees.  I gained 2.3 inches of height and I am pain free. 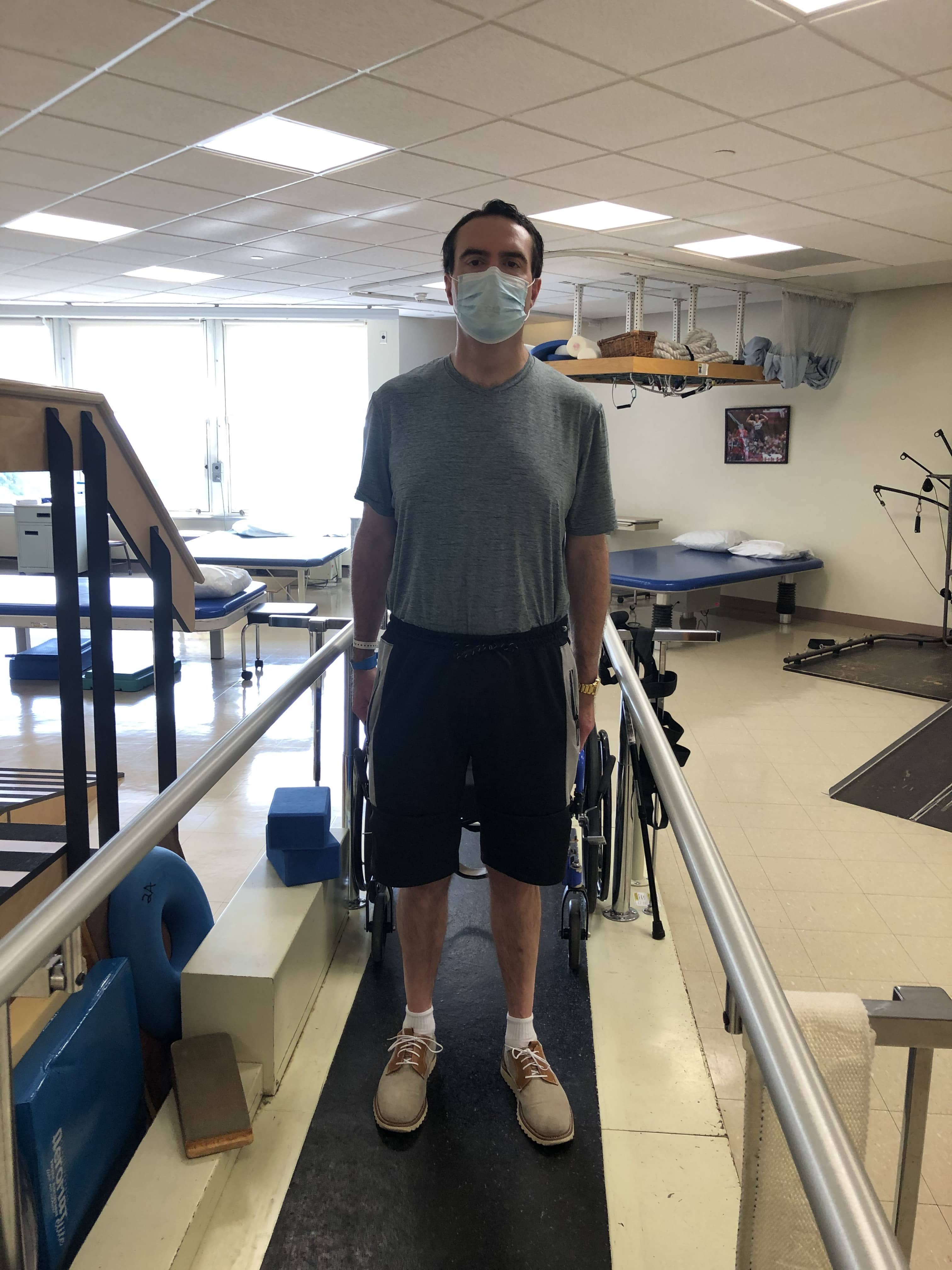 I have become active with the Scheurmann’s Disease (SD) Fund and website.  I help with fundraising so that adolescents are screened and treated with bracing, therapy and surgery when it is most effective.  I also assist fellow SD patients by providing them with experience, strength and hope.

In addition to my main purposes of being a good husband and a good father my main purpose now is to have fellow myeloma patients, Parkinson's patients, Scheurmann's Disease patients and lawyers in recovery and other members of Alcoholics Anonymous. 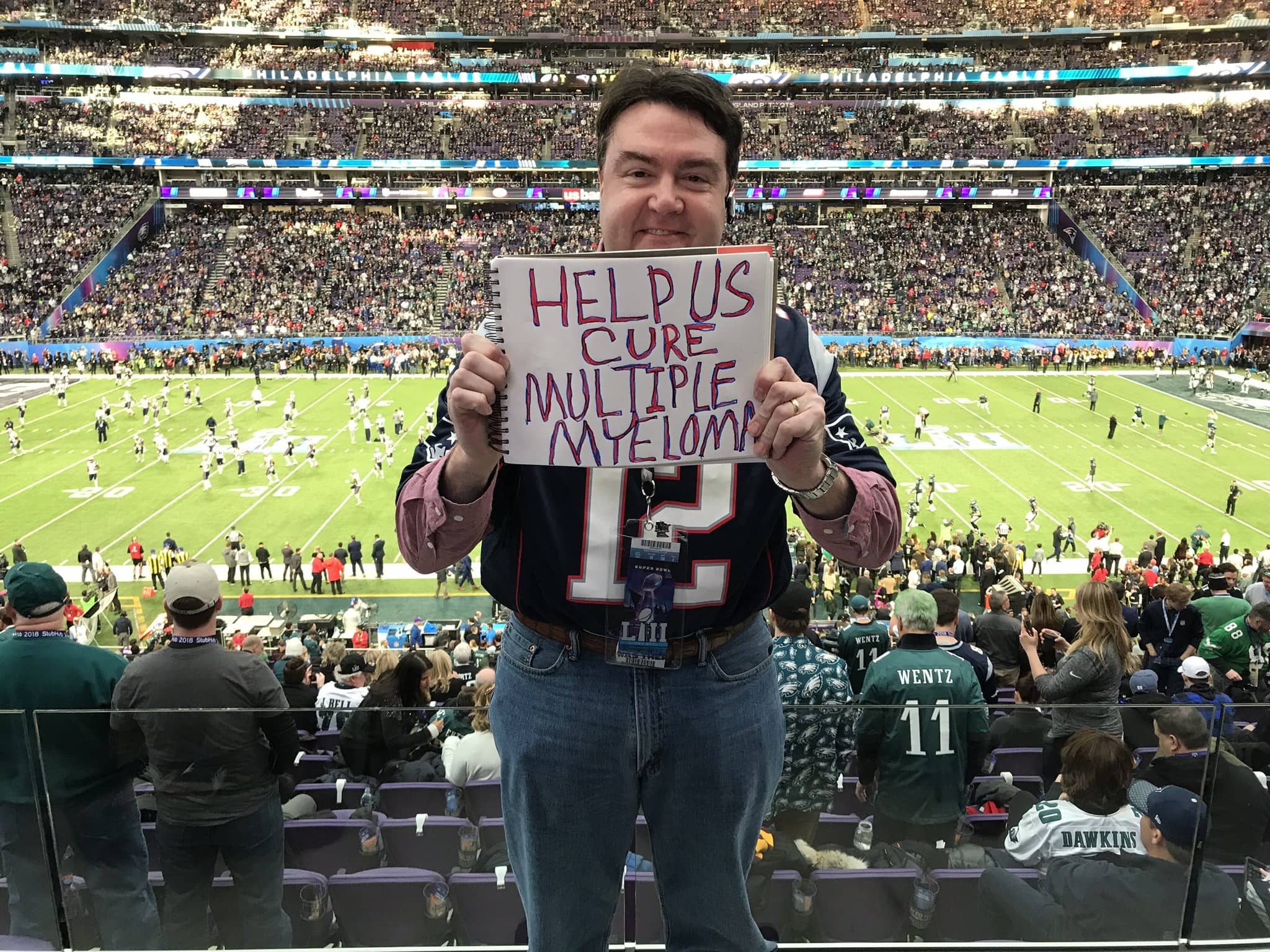 You can find Pat and other Myeloma Coaches @ www.myelomacoach.org.