Melflufen may be best used for multiple myeloma patients without recent stem cell transplant, according to recent findings presented at the International Myeloma Workshop in Vienna. Data from the OCEAN study compared melflufen/dexamethasone vs. pomalidomide/dexamethasone and showed that the melflufen/dex combination had superior Progression Free Survival and was especially helpful for patients who had not received a recent stem cell transplant.

This makes sense because the drug used during stem cell transplant, melphalan, is an alkalyting agent that also significantly reduces blood counts for several years following the transplant process. Dr. Schjesvold noted that it was a toleration issue if patients did not have good enough bone marrow function.

In the chart below, you can see the dark blue line that represents the melflufen/dex group who had not had a prior stem cell transplant. 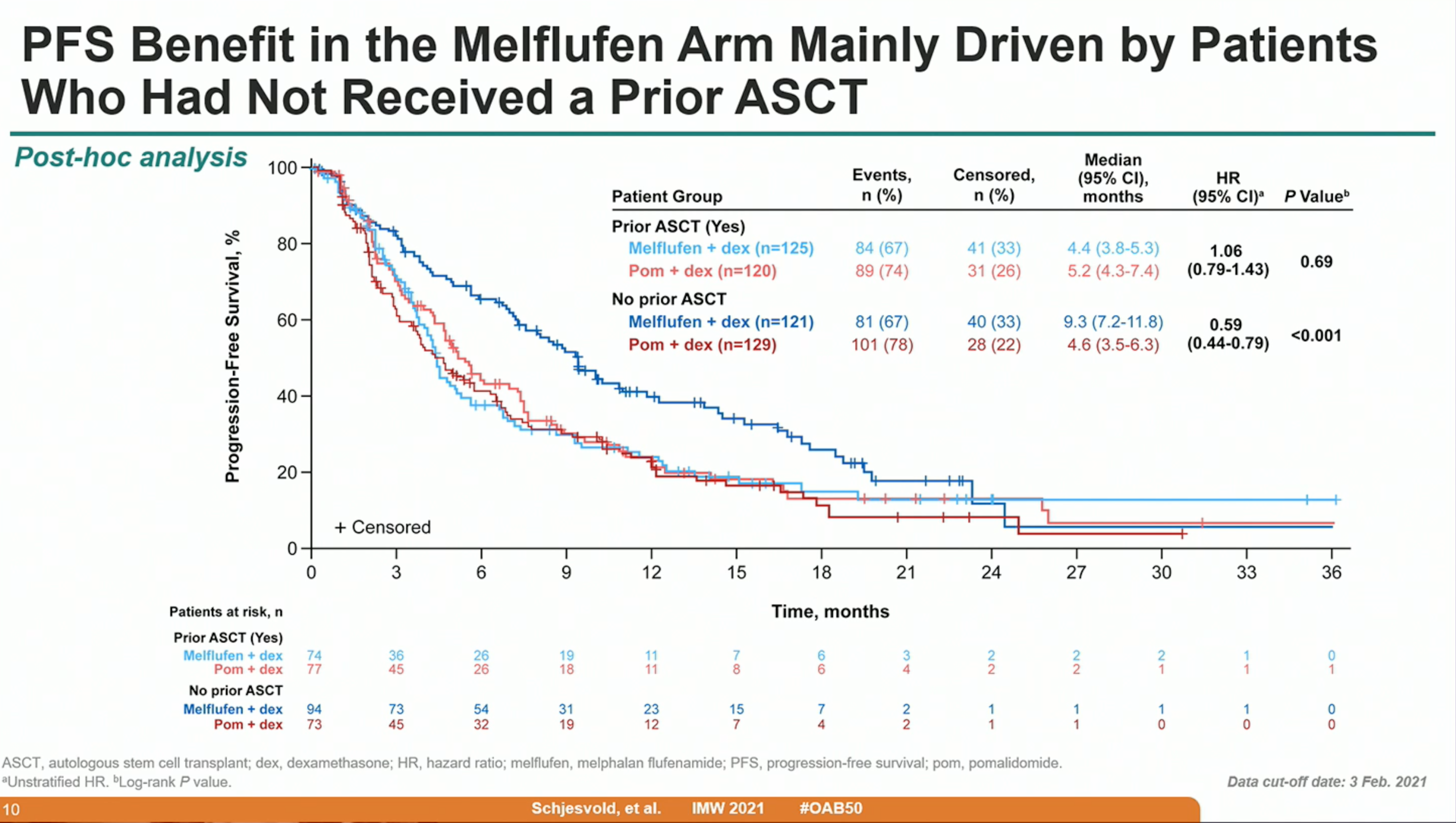 Overall survival was shorter in the melflufen/dex arm (19.8 months) compared to the pom/dex arm (25.0 months).

Dr. Schjesvold concluded that melflufen/dex was a good option for patients who had relapsed after Revlimid and who either had not had a prior transplant or had significant time since their stem cell transplant.