Michelle Peterson's husband took her to the emergency room on September 19, 2014 and heard the worst news she had received since the death of her sister. The doctors told her "You have multiple myeloma." Having a perfectly matched twin sister made her experience with myeloma a unique one - an allo transplant that didn't work but may have made other myeloma treatment more effective, keeping her in remission since 2016. Seven years after her diagnosis, Michelle is living a normal, happy life.

December 2014: Last Monday my twin sister, Tracie and I went to The Huntsman Cancer Institute to get a blood test which would later determine that we are identical twins. It  led to one of the biggest decisions I have had to make through this journey, Huntsman or LDS Hospital for my transplant?  After much consideration and a lot of research, I have decided to do the transplant at LDS, and Tracie has agreed to be my donor.  We will both have to go into the hospital for a physical in the beginning of January so they can determine whether or not we are both healthy enough to begin the process.  The doctors are saying that we will be able to do the transplant in early to mid- January.

Her initial induction treatment dropped her myeloma numbers to prepare her for a more effective transplant. She achieved a near Complete Response to her beginning treatment and her doctors said they say this amount of reduction in only 10% of their patients. The treatment team was strongly hopeful that having an identical twin would reduce potential Graft Vs. Host Disease (GVHD) and help rid Michelle of the myeloma.

She received her sister's collected stem cells on January 16, 2015 and her family slowly watched her ANC numbers go up post-transplant as she recovered. By the first week of February, she was back at home. Being on the pain medication made her light-headed and dizzy and seven days following her transplant, she returned to LDS Hospital with an infection. She was given antibiotics and was able to return home a day later.

There was nothing easy about the allo transplant, but Michelle soldiered through, building up her strength a little at a time.

The first 100 days after an allogeneic transplant are the most critical. It is the time when the most severe (acute) GVHD symptoms will show. Michelle seemed to struggle more than most patients, according to her doctors. She was grateful that she didn't remember most of the experience. Near day 100 Tracie recorded:

Michelle is fast approaching her 100 day mark. If I counted correctly, today is day 96.

It's sure been a tough journey. Just last week she was wondering if she would ever feel normal again. She went to her weekly appointment, worried that the new pain in her spine was a sign that the cancer was back, destroying more bones. I can't imagine having that kind of worry always on the back of your mind.

The doctors at LDS hospital all took her fear seriously, they sat down and talked with her, asked about the pain, looked at the new blood work, helped ease her anxiety by letting her know, from what they could see, that there were no strong signs of the myeloma in her blood. Her white count is still low. They aren't sure why but they are keeping an eye on it. Everything else looked great! They were concerned about her pain and also wanted to ease her anxiety so they sent her down for an X-ray, it showed no change. Such good news! Michelle has still been in a lot of pain. Mostly her joints and muscles. The doctors ran some tests for inflammatory diseases. Her blood showed that she does have some sort of auto immune issue going on (other than her thyroid issue we already knew about) they are setting her up with a rheumatologist hoping to get more answers. She was relieved to hear that. She said she can handle that kind of pain as long as she knows it's not the cancer.

The pain specialist came in and talked to her as well. He suggested she tried yoga before they change pain medications again, at least until after her 100 day check up. She has had more energy and the pain seems to be managed better since last week. I remember someone telling us in the beginning of all this that there will be a day, out of nowhere, that she will randomly start feeling better. I think she is finally there! I know she's not 100%, but she is feeling better. Michelle goes in tomorrow for the start of her 100 day check up. It's time for the bone marrow biopsy. She will have that done tomorrow and get results next week. We are praying for remission and a strong immune system.

Michelle achieved remission in April of 2015, although the myeloma had done a lot of bone damage to her back. She started taking maintenance therapy in June and in September had hit her year mark. However in November, she started experiencing pain again - an MRI found a tumor on her sacrum, pinching a nerve and making it hard to walk. She started radiation with a set of 10 appointments. Her family wrote "This has been a shock but we are trying to keep our spirits up."

The PET scan showed 25-30 new active lesions, which meant re-starting therapy. Her doctors believed that her sister was actually too similar of a match and Michelle's new immune system had a similar reaction to the presence of the myeloma cells. The care team and Michelle and family were devastated. Her family wrote:

It has been difficult to find the right words to say.

It is back. The big bad "c word" is back, I am still slightly in denial. Everyone keeps telling us "please let me know if you need anything." Thank you for the support and love day after day.

Unfortunately, sometimes it isn't easy to reach out for help. Sometimes Michelle is just too tired. Sometimes she just needs a friendly voice to call and day "I'm bringing cookies!"

Chemo and radiation are both in full force right now, meaning her energy levels and appetite are down and her immune system is weakened.

She has met with several doctors and has decided to transfer her care up to a Myeloma Specialist at Huntsman. She has met with the bone marrow transplant team, and we are currently waiting to see how responsive she will be to the chemo before anything is set in stone.

By January of 2016, Michelle was still ready for a fight.

I don't know about the remaining chapters in my life story, but nowhere within those pages will ever say I gave up.

Michelle started responding well to new myeloma combination therapy with a near complete response and started to consider her other options. Should she do another allo transplant with a 10/10 donor match? Should she continue on her current therapy? The decisions myeloma patients have to make aren't ever easy.

February 2016: If we decide against transplant, they are estimating the Myeloma could resurface within two years. However, the decision we have to make to determine whether or not Michelle wants transplant is also a difficult one to make.  We were given several scary statistics that need to be taken into consideration when making the decision for or against transplant.

By March she was fully in remission and MRD negative, but having myeloma gives you experiences with ups and downs, so patients tend to learn how to stay cautiously positive.

Although we should be over the moon with this news, we are all still very guarded.  We are stuck with the fact that we heard this exact same news less than a year ago.  We are all doing our very best to stay positive despite the fear that the cancer will return once the doctors pull the chemo. 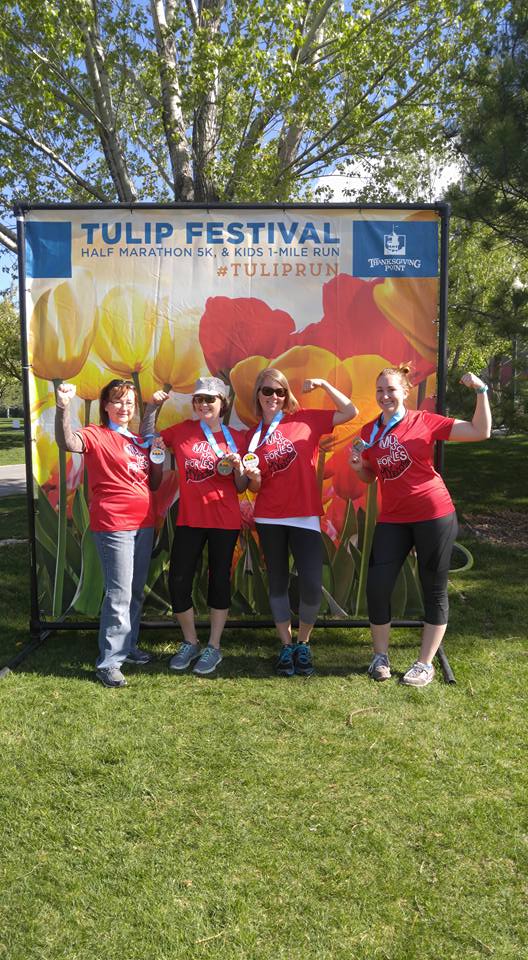 She continued her chemo regimen and by August of 2017 had dropped everything but the Revlimid. And in August of 2019, five years past her diagnosis her myeloma was still nowhere to be found. Her doctors believe that her syngenic (twin) transplant made her chemotherapy more effective. We're thrilled for Michelle and hope she continues to do well and live her best life.