As most of you know, myeloma can present certain "translocations" or areas where chromosomes swap places and then cause genetic mayhem. You've probably heard about the 11;14 or 14;16 or 4;14 translocations. One translocation is called Myc. The Myc protein activates the expression of many genes. Because it changes the expression of its target genes, it drives cells to proliferate, has an important job to regulate cell growth and maintain appropriate cell death, has direct control of DNA replication and supports the renewal of stem cells. Myc is a very strong cancer causing gene and it is often found to be upregulated in many types of cancers. When Myc is overexpressed, it stimultates the amplification of other genes. 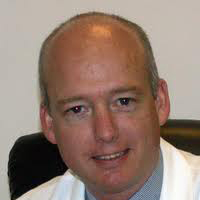 On a recent mPatient Myeloma Radio interview, Dr. Leif Bergsagel , MD of the Mayo Clinic in Scottsdale shared his research about Myc - why he thinks it's an exciting target and shared a little about its interesting history:

I think Myc could well have been the very first oncogene (cancer gene) that was identified. It was Harold Varmus who got a Nobel Prize for it I think in ’73. He isolated it from chickens. So it’s been studied for a really long time. The main thing that the Myc oncogene is thought to do is to amplify the effects of the environment it’s in. It also has effects on metabolism. By amplifying the effects in many tumors, that leads to a lot of high level of proliferation.

It’s an amazing story. The Myc translocation was one of the first translocations ever found in cancer. And they found (Myc) in a lymphoma called Burkitt’s lymphoma and they actually found it in a mouse a myeloma tumor which was called a mouse plasmacytoma. Back in 1982, everyone was excited by this and we thought, well, Myc causes mouse myeloma. Likely, it’s going to cause human myeloma too.

But in order to study the effects of Myc in myeloma, there had to be a large enough patient population in which to find it. Finding  Myc overexpression was a problem. Researchers just weren't seeing it in normal FISH detection. With new and deeper tests, it was found in more patients than previously thought - almost half of myeloma patients.

So they looked at this really hard but they didn’t find very many Myc translocations back then. There was maybe 5% of newly diagnosed patients. But we’ve sort of gone back with new genomic techniques using next generation sequencing, and here we’re doing sequencing not to look for single point mutations, but we’re doing sequencing to look for chromosome translocations, which is different. It’s like a structural variation. So it’s a very specific kind of sequencing. And when we did that, we found in fact that all these patients had Myc translocations and we couldn’t pick them up before. So we studied a cohort of patients from the Multiple Myeloma Research Consortium and altogether 48% of the patients we examined had Myc translocations. So it’s actually the most common mutation in myeloma. It was 43% of the untreated patients and 52% of the patients who had previously been treated. And if we even delved into the details, if we looked at the hyperdiploid patients and the patients who really had the most extra copies of chromosomes, it went up to 70% of those patients. So that’s by far — that’s really the only focal genetic lesion that’s been identified in hyperdiploid myeloma.

Does MYC exist even at the MGUS stage?

There’s not a lot of data but based on the data we have, we don’t think these Myc rearrangements are present in MGUS.

What does Myc do in myeloma?

Now, in multiple myeloma, it doesn’t seem to be driving a lot of proliferation. Myeloma is not a very proliferative tumor in general. In a patient with myeloma only about 1% or 2% of the myeloma cells are proliferating at a given time. So we tend to think that what Myc is doing is it may be amplifying effects on metabolism or effects on protein translation which are critical for myeloma cells and..there’s a lot of focus on trying to understand that.

But Myc may trigger MGUS to become active myeloma.

So based on that mouse experiment, basically we proved in the mouse that Myc can transform MGUS to myeloma, and we think that’s what’s happening in patients as well that someone has MGUS and then they get a Myc rearrangement mutation translocation and that’s one thing that can cause the progression to multiple myeloma. So that’s a hypothesis that we need to prove, but that’s what we think is happening.

And quite possibly, Myc could be causing myeloma to relapse.

I guess sort of a corollary to that is that when we take a patient and we treat them with the most effective therapy we have and sometimes of course we get a complete response but sometimes we don’t get a complete response. There can still be a small spike present. It might just be a partial response or a very good partial response, but they do — typically, this is after transplant — they do very well for a number of years before the disease comes back again. At least my hypothesis this time is that those patients at least in those — the tumor was caused by a Myc translocation that we’ve actually got rid of that Myc translocation or the clone that had the Myc translocation and that was left behind is really the MGUS that the patient had to begin with and with time that clone eventually comes back.

What about therapies targeting MYC?

Recently we’ve identified drugs that may specifically target Myc. This is actually brilliant work from James Bradner at the Dana-Farber Cancer Institute that he identified a class of drug that inhibits Myc transcription. We’ve shown with him that they’re very active in this mouse model of myeloma and a number of different companies have come forward with drugs based on what he did and they’re entering clinical trials. So it’s very exciting to see if we can really go after what I think is the event that causes the progression to malignant multiple myeloma.

Using whole genome and possibly whole exome sequencing will help his work will continue to detect Myc and measure success by eliminating the cancerous myeloma cells that are characterized by Myc. This will take some development because like everything in myeloma, it's complicated.

There isn’t a really good clinical test right now to pick up Myc. So we’re working to develop that. The problem is we typically have done FISH like we do for the other translocations and we’ve done FISH with Myc and with the genome chromosome 14 which is the immunoglobulin heavy chain. But that’s only about a third of the Myc rearrangements and sort of like that. A lot of the other Myc rearrangements are complex. They tend to be different and they all have a common feature though which is they take Myc and they juxtapose it to a powerful enhancer that can dysregulate the expression of the Myc oncogene. They’re sort of the unifying feature. The way that we’re looking to pick up is to use sequencing approaches to pick up the rearrangements. And I think that’s probably going to be the way that it will need to be done because they’re really quite different.

Thanks to Dr. Bergsagel for his excellent work in myeloma and for sharing his valuable research.