In an abstract to be presented at the upcoming American Society of Hematology (ASH) conference in two weeks, Dr. Philippe Moreau and colleagues show that patients with high c-MYC expression may fare better with ixazomib added to lenalidomide and dex than lenalidomide and dex alone. Ixazomib (Ninlaro), the first oral proteasome inhibitor  was approved by the FDA this time last year based on results from the phase III TOURMALINE-MM1 study. In the study, some patients did much better with the addition of ixazomib, so the researchers looked more deeply into the reasons why, looking at a cancer-causing gene called c-MYC. C-MYC increases cell proliferation, growth, protein translation, metabolism and cell death. Higher c-MYC expression is also related to myeloma progression. 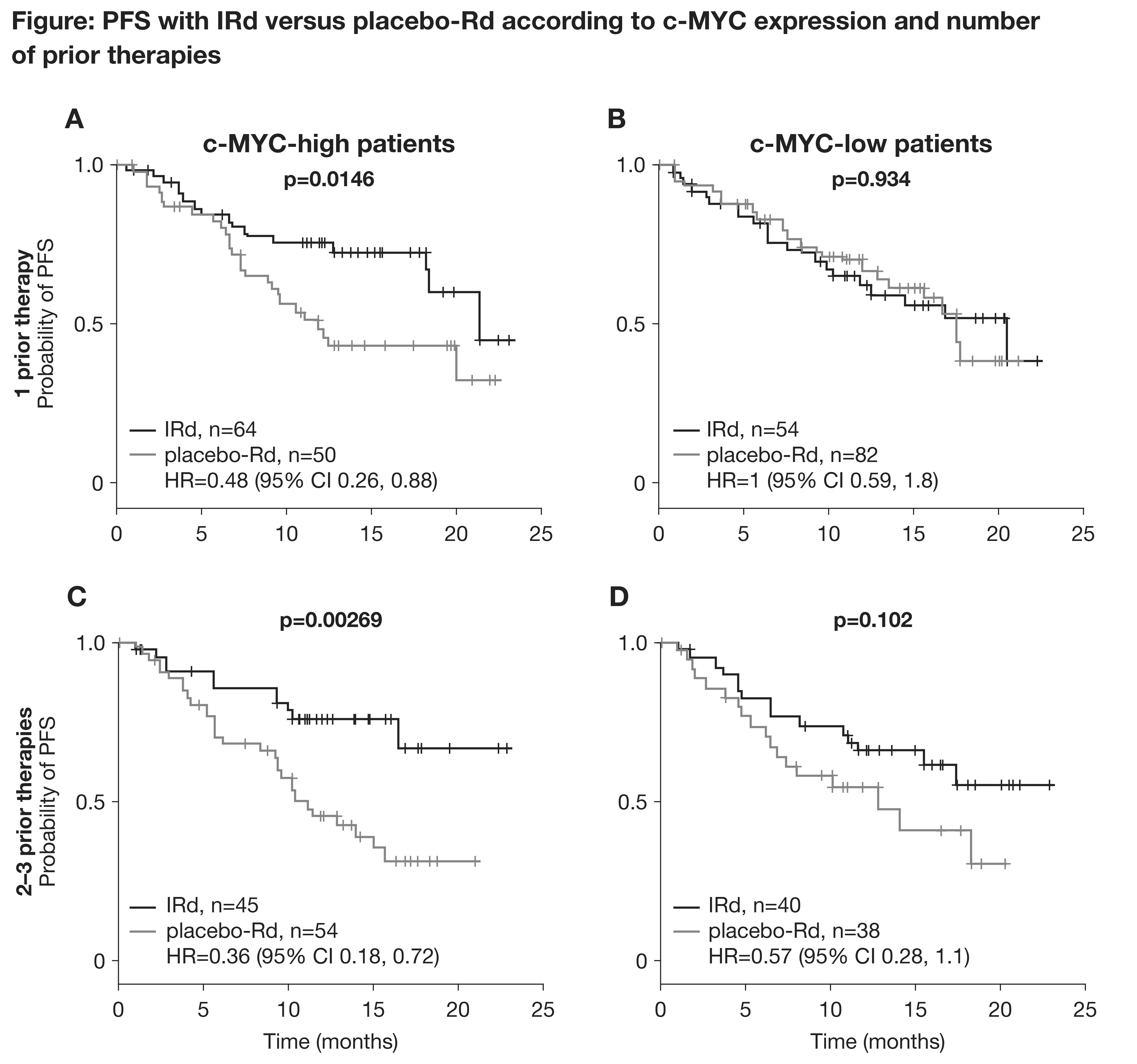 After a 15 month follow up, progression free survival was:

The study results show that in advanced myeloma, genetic alterations may be contributing to greater ixazomib sensitivity.