A total of 1996 patients were studied. The goal of the study was to identify patients who are 50% or more likely to develop active myeloma within a 2 year period. Three independent factors predicted progression risk at 2 years:

Patients with the genetic features of t(4;14), t(14;16), +1q, and del13q/monosomy 13 by fluorescence in situ hybridization (FISH) were identified as higher risk, creating a fourth group.

The standard of care in smoldering myeloma regardless of risk assessments has been observation. Studies over the last several years, however, have shown that early treatment can reduce the risk of progression to active myeloma. The Spanish Myeloma Group ran the first study testing the use of lenalidomide and dexamethasone vs. observation which showed greater time to progression in the len/dex arm. Similarly, the Eastern Cooperative Oncology Group (ECOG) ran a lenalidomide only study which also showed significant benefit vs. observation. Many additional smoldering myeloma studies are now in process testing a variety of approaches, both aggressive and not aggressive.

The authors conclude that this study defines four groups of smoldering myeloma patients with different progression risk at 2 years. They note that this model is easily reproduced and available worldwide. 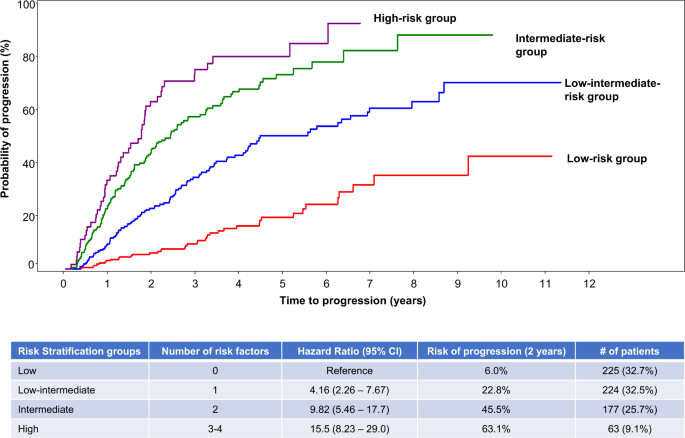 The guidelines bring new insight to smoldering myeloma patients worldwide, better standardization of risk, more standard clinical trial inclusion criteria and we hope eventually the ability to prevent myeloma from developing at all.